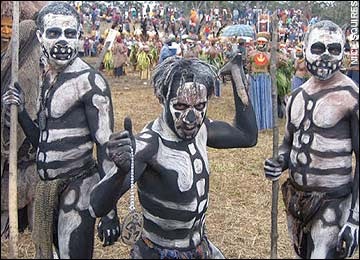 by Thomas Rubin | Apr 16, 2014 | ABAG, Future, Marin, Policies driving high density, SMART Train, Transit, Uncategorized | 0 comments
The SMART train here in Marin and Sonoma are not the only areas to see the building of a billion dollar train line as the solution to the areas transit needs – Houston has it’s Metro, Portland has it’s MAX light rail, and Anaheim is spending $318m for a trolley that goes a mere 3.2 miles – trains seem to be the new obsession and solution to all of our transit woes. But an analysis of the actual impact rail has had in historic case studies exposes that rail is far from the solution – and the famous Einstein quote becomes apropo:


Insanity: doing the same thing over and over again and expecting different results

Planning for Reality would like to thank Thomas Rubin for his expert insight – this article is based on his detailed analysis of rail case studies – and he is owed all credit.

The problem with rail projects is that they have a disturbing history of causing transit agencies to eat their young – meaning that they cannibalize other far more cost effective projects capable of increasing ridership, decreasing emissions and not needlessly adding to sales or property taxes.

This is the story of Los Angeles, where the existing transportation system is in jeopardy as it is in the process of being replaced by rail.
This is in area where the author, Thomas Rubin, has considerable expertize as he was the former Chief Financial Officer of Southern California Rapid Transit District from 1989 to 1993, when it was absorbed into what is now the Los Angeles County Metropolitan Transportation Authority. After he left MTA, he served as the chief transit expert in Labor/Community Strategy Center v MTA, a Federal Title VI (discrimination in the utilization of Federal funds) legal action that was settled by a Consent Decree that resulted in something very unusual in U.S. transit in recent decades: per capita transit ridership actually increased! So he is one of very few who can speak first hand to overseeing the finances of a truly successful transit district.
It’s important to consider that while Los Angeles is known for it’s freeways and cars– although somewhat mistakenly, because the Los Angeles Urbanized Area actually has vehicle miles traveled per capita far under the median for large urbanized areas, and is almost dead last among large urbanized areas (UZAs) in both centerline freeway miles and total road miles per capital – in terms of taxpayer support, there is virtually no place that has as much local money for transit.
- in 1971, the State of California passed the Transportation Development Act, a 1/4c sales tax almost exclusively for transit, collected in, and returned solely to, the county of collection
- in 1980, the Los Angeles County Transportation Commission placed a half-cent sales tax, exclusively for transit, before the voters and the California Supreme Court decided that the Proposition 13 two-thirds majority requirement for new taxes did not apply, and the tax began to be collected in 1982
- in 1990 a further 1/2c local sales tax was passed
- in 2008 Los Angeles County voters passed Measure R, a third 1/2c local sales tax, but this had with a 30-year lifespan.
Today Los Angeles has a total of 1¾% local transportation sales tax which will generate just under $2.5 billion this fiscal year. Approximately 0.225% of that 1¾%  - about one-eighth –  is dedicated to road projects under total local control, with most of that (supposed) for transit-related road projects.


The Irresistible Itch to Build Rail

However, this has never been enough for the huge political pressure to build new guideway (train and trolley) transit systems and, unfortunately, the promises keep outdistancing the ability to fulfill them.  On several occasions, the building of new rail and trolley transit projects, has gotten so out of hand that projects have been delayed starting construction, stopped mid-construction, or cancelled.


The Financial Hemorrhaging Effect of Rail

Worse, the reflexive way to resolve the financial issues caused by building too much, too soon, has always been:


Adhering to the Purpose of Transit

Now, let us get to the bottom line:  What is the purpose of transit in metropolitan America?
Is it to extend transit infrastructure, to bring rail transit to more and more parts of the service area where it is closer to more and more residents?
This certainly appears to be the essence of the existence of transit agencies such as LA Metro – and Sonoma and Marin’s SMART train.
However, there is another school of thought about this – that the real objective is actually to move people – particularly to provide means of mobility for those that are transportation-disadvantaged for reasons of age, economic circumstance, or physical challenge.… and what has been the history in Los Angeles?

The following charts show unlinked passenger trips since 1980 in the Southern California Rapid Transit District/Los Angeles County Metropolitan Transportation Authority (reorganization in 1993) , first broken down by mode, then with some interesting trend lines explained below:

Click for larger image
The above charts show a roller-coaster of down-up-down-up-down, in five phases:


The Largest Transit Increase in the US Since WWII

In case anyone was wondering the largest transit increase was for MTA-New York City Transit, where there was a major effective fare decrease beginning in the early 1990’s. This played a major role in the 1.46 billion increase in ridership from the low point to the high.  Of course, there were many things going on in NYC transit over this period, including a major capital reinvestment, security improvement, and just plain clean-up that began in the early 1980’s and was finally beginning to have major impact by the early 1990’s, but one thing that was not going on was any new rail lines being constructed.
NYC Fare and Ridership Trends

Click to see larger image
The above chart demonstrates the causation. As fares rose on New York City transit (shown in red) ridership declined (shown in black). The reverse also is demonstrated – as fares dropped, ridership increased.
So of the three largest increases in transit usage in the U.S. since 1945, the largest had nothing at all to do with building new rail lines, neither did the second, and, for the third, it was a comparatively minor factor – it could be argued if the rail construction had not been going on, and even a small portion of the funds used for operations, the ridership increase would have been a lot larger.


The Story of Rail Since the 1980s in Los Angeles

Since construction of the first modern Los Angeles rail line began in the mid-1980’s. the regional transportation authority has spent $9.9 billion on construction for the lines that are now in operation, and has even more spending now going on for construction of additional lines.
… and what has been the result for transit users since then?
Total trips are down – and, since the shift from what was basically a “grid” system of E-W and N-S bus routes, which allows almost any point to be accessed via two buses, to a rail-backbone system, which requires that what were originally one-bus trips to become bus-rail, or bus-rail-bus, and former bus-bus trips to be bus-rail-bus, the total number of people who are moving via transit has gone down even more. Sounds a lot like SMART – which may cannibalize funding of  express buses that go from Sonoma and Marin directly to downtown San Francisco; instead expecting travelers to connect via the ferry in Larkspur considerably extending their travel time and adding inconvenience.
Right now, LA Metro is offering a choice – either  reduce bus service by about 15% or raise fares about the same amount immediately and much more over the next few years. Stopping building rail lines, or slowing down these rail lines to match actual available resources, was of course never under consideration.


What does this man for Marin and SMART?

We already know that SMART’s cost and revenue projections were admitted to be wrong before the ink dried on the 2008 election results. The Transportation Authority of Marin meeting notes on page 7 clearly state:


Commissioner Arnold noted that although the updated ridership projections don’t seem to match original projections, a joint review of the Dowling report between SMART, MTC and Dowling resulted in agreement that the earlier numbers were incorrect – she also indicated that the current estimates were revised down by SMART to ensure a conservative projection.”

We’re still waiting to see a ridership projection that makes sense, as we are waiting to see how the completion of the originally promised full rail line (and bike path/walkway) is going to be financed. While a lot of the details are still to be finalized, it will likely come at the expense of other, far more important, transportation improvement projects in the Bay Area, but mainly projects in Marin and Sonoma.
We also have a high degree of confidence that operating costs will be higher than projected and, because ridership is likely to be far lower, fare revenue will also come in under anticipated, meaning that the annual operating subsidies will be a lot higher than the voters – and governing board members – were told.
… and, of course, there is no provision for capital renewal and replacement, which is very expensive for rail transit – and begins surprisingly quickly after revenue service begins


But SMART is Being Built Whether We Like it Or Not

What we can expect is to hear is the excuse “the problem is that we will never reach the full potential of SMART until we build it out further”. We will also surely see is all kinds of things to try to improve SMART ridership – larger parking lots at stations, more bus service designed as feeders and distributors, more high density housing around stations, etc. – in other words, a line up of all the usual suspects.
The problem is, none of these really work all that well.  Transit oriented development at suburban stations rarely gets near 10% of total new trips from such developments.  For a variety of other reasons, SMART is just not going to be very attractive to the vast majority of people who will need to travel along the SMART corridor.
What will happen is that all of these SMART “improvements” will cost money, and that will come primarily from scarce transit funding – which will lead to service cutbacks and fare increases for the pre-existing, largely bus (and demand-responsive) riders, which will mean that those who need transit the most will not be getting it.

Think this is overly pessimistic? Then one might conduct ones own research on projected and actual costs and ridership for similar types of new suburban rail systems around the nation.
But ultimately history clearly defines the pattern - diverting money to rail projects reduces ridership. It is extremely expensive and cost-ineffective. It is also typically less convenient adding connections to otherwise direct trips. Significantly increased costs (versus cheaper preferable alternatives) in turn puts upwards pressure on fares and this reduces ridership.

The Solution? End the Fixation on Rail

If we want a better transportation future, which doesn’t needlessly increase taxes, impose high fares on low income residents and doesn’t create avoidable traffic congestion then we need to get beyond this fixation on rail and trolleys in Marin,  Just as Tamal Vista / Win Cup stands as a monument that there should be no more flawed high density projects in Marin, so SMART will likely become an equivalent monument to a failed transportation policy fixated on rail that will be a burden to all.

Acknowledgement: Planning for Reality would like to thank Thomas Rubin for his insight on this article. It asks that all planners and decision makers review the above history and step back and consider the impact of their actions.

Posted by Save Marinwood at 9:37 PM