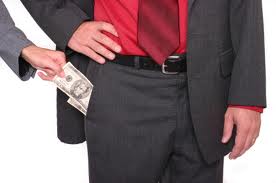 Hours after Californians learned that the State is raising taxes on gas, water and sewer, we find out that the Marinwood CSD wants to raise taxes on you too. Come to the Marinwood CSD meeting on Tuesday, April 11th at  7:30 PM. See the agenda HERE
Posted by Save Marinwood at 7:37 PM No comments:

CA Is Heading Due Left and You Are Paying For It. 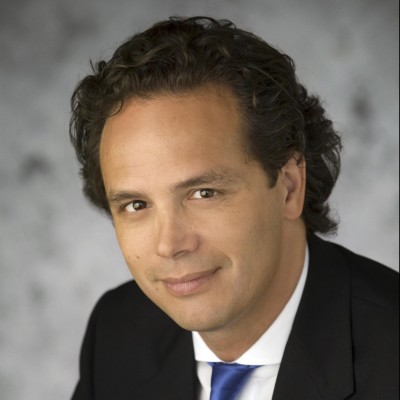 Thomas Del Beccaro ,
CONTRIBUTOR
I try to place politics in perspective.
Opinions expressed by Forbes Contributors are their own.
The 2016 election is in the books.  President Trump won the vote that counts – the Electoral College vote.  California went for Hillary and its governing politicians are fighting Trump tooth and nail. Indeed, rather than adjust to the rest of the nation, California is headed due left.  Below is a list of just how far Left it is headed and how you – yes, you - are paying for it.
Before we get to the list, we should note how uniquely Left California really is.  Plainly stated, of all the large states in America that regularly cast their Electoral College votes for Democrats, California is by far the most lopsided to the Left.
Washington State votes Democrat each Presidential Election – but it has no income tax.  That is certainly a policy of the Right not the Left.  Oregon reliably votes Left as well – but it regularly lands in the top 20% of states as a place to do business.
Even New York, quite the liberal state in most people’s eyes, is downright balanced compared to California. Not only is there a Conservative Party of New York that matters, the State Legislature is somewhat balanced.  This year, although the Democrats dominate the New York Assembly, working with independent Democrats, according to the New York Times, “has allowed [Republicans] to control the chamber.” Before that, after the 2010 elections, Republicans had outright control of the Senate chamber.
California is anything but balanced. For two decades now, the Democrats have owned both chambers of the legislature – now with supermajorities in the Senate and the Assembly. That means they can pass any law they want, including higher taxes, without a single Republican vote.
Finally, keep in mind that California government, from the city council level to the state level, is over $1.3 trillion in debt – and growing because of pension and medical care promises made by those governments. Oh, and don’t forget that California’s highest income rate is 13.3% - 50% higher than New York’s top rate – and the nation’s highest poverty rate. See article.
,
Posted by Save Marinwood at 10:04 AM No comments:

Posted by Save Marinwood at 9:45 AM No comments:

WRITTEN BY: MICHAEL HOSKINSON APRIL 6, 2017
Any modern energy initiative is guaranteed to have a Technocrat planner. This story comes directly from an involved participant who is fighting against his local Community Choice Aggregator project. Be assured that this “scheme” will roll out into cities across America, where citizens will be deceived and bewildered, especially when their electricity rates unexpectedly rise.
Other names for the same scheme include: Community Choice Energy (CCE), Municipal Aggregation, Governmental Aggregation, Electricity Aggregation and Community Aggregation. As of 2014, 1,300 municipalities were directly affected.⁃ TN Editor

So what is a CCA exactly?

Essentially it is a government created and controlled middle-man that brokers energy contracts on behalf of consumers. Instead of paying Southern California Edison (SCE) directly residents would pay the Community Choice Aggregator of power (CCA). The CCA would then leverage the buying power gained by pooling consumers to purchase energy contracts. The hope is that the CCA would then use this buying power to purchase energy contracts at an affordable price from sources that provide cleaner energy than SCE would normally offer.
The choice part of a CCA is that instead of just paying the one rate afforded by SCE, consumers could choose from various cleaner options to meet their energy needs. For example, Marin Clean Energy (MCE), a CCA touted as a successful model, offers consumers three choices: Light Green (50% renewable), Deep Green (100% renewable), or Sol Shares (100% through local solar farm). As to be expected, the greener options typically would cost the consumer significantly more. In the MCE plan, the Sol Shares rates are 30% higher than the rates paid by those that choose the Deep Green option.

Proponents of CCA claim that it will bring cleaner energy to communities at more affordable rates. As a government run not-for-profit, instead of paying dividends to shareholders investor owned utilities( IOU’s), they claim the CCA will be able to reinvest profits into developing local green energy sources that could provide jobs and power to local communities.

One of the downsides is that if the CCA is not successful that taxpayers will likely be caught holding the bag. In San Francisco a CCA was suspended
after expending $4.1 million dollars. Another report indicated that in the SF example electricity rates were set to increase by nearly 5 times.
With our current power model, we supposedly have government regulators working on our behalf to ensure entities like SCE are not behaving badly. Whether those regulators are doing a good job is definitely a question up for debate, but with a CCA it is not clear what regulation, if any, they would have. Rates under a CCA would not be regulated by a government agency; instead they would be set by the CCA’s Board of Directors (or City Council) – which typically is comprised of locally elected officials. In addition, how are we to know whether the energy purchased by a CCA is actually cleaner? And who’s to keep the CCA from paying their directors and consultants outlandish salaries and benefits?
Those are exactly the concerns raised by one energy expert with regard to the Marin Clean Energy (MCE) CCA. In startling allegations, energy expert Jim Phelps has claimed that MCE has actually cost consumers more while providing energy that is less clean than PG&E (the local IOU) was providing. According to his analysis, the primary beneficiaries of MCE, which has 22 employees according to the City staff report, appears to be the directors and consultants of the organization that are bilking taxpayers out of millions of dollars a year.
MCE, which consists of the county of Marin, all 11 of Marin’s municipalities and the city of Richmond, serves as the retail electricity provider for 124,000 customers. The county of Napa and the cities of Albany and San Pablo have asked permission to join the authority, which could add another 27,000 customers. And a group of San Francisco supervisors has expressed interested in having the city, with its 475,000 residential and nonresidential electricity accounts, join the Marin agency.
The authority, which competes with the investor-owned Pacific Gas and Electric Co., was founded primarily to reduce greenhouse gas production by boosting the use of renewable energy sources. Fifty percent of the authority’s energy comes from renewable sources, while renewable sources account for 20 percent of PG&E’s energy.

Email ThisBlogThis!Share to TwitterShare to FacebookShare to Pinterest
Labels: MCE

Will SMART be buried in a landslide or just debt?

A really revealing report about the landslide in San Rafael that SMART wanted to keep secret. Thanks to alert citizens and Channel 4, we now have decent information on the slide that could cost taxpayers millions and threaten the future of SMART.

Landslide smaller than the one in San Rafael, derails a freight train
Posted by Save Marinwood at 11:20 AM No comments:

By Katy Murphy, Bay Area News Group
POSTED: 04/06/17, 8:55 PM PDT | UPDATED: 35 SECS AGO
0 COMMENTS
SACRAMENTO >> With one Republican vote, the California Senate narrowly mustered the support it needed to pass a $52 billion transportation package with a two-thirds vote, a proposal to fix California’s pothole-ridden roads and unstable bridges by hiking gas taxes and vehicle license fees.
It passed 27-11, and moved to the Assembly, where it also was expected to pass narrowly.
Democrats have Sen. Anthony Cannella to thank. The Republican from Ceres See MARIN IJ
Posted by Save Marinwood at 9:43 PM No comments:

Posted by Save Marinwood at 9:31 PM No comments:

Email ThisBlogThis!Share to TwitterShare to FacebookShare to Pinterest
Labels: Ab-1

Posted by Save Marinwood at 12:41 PM No comments:

Email ThisBlogThis!Share to TwitterShare to FacebookShare to Pinterest
Labels: immigration

Tons of Soil slide onto SMART train tracks in January 2017 and SMART officials kept the disaster hid from the public until it was reported by the Marin IJ on 4/3/2017 based on a tip from the neighbor.  The SMART train has had disaster,  technical problems with Signalling,  Train Engine defects and more.  This latest cover up is no surprise to Citizen watchdogs.  The next fiasco involves moving the San Rafael bus terminal and extending the track to Larkspur.  The cost over runs have been enormous and the plans have been scaled back from the project voted for.  If a referendum were taken today,  SMART would lose.
Posted by Save Marinwood at 9:49 PM No comments:

Abandoning the Left for Libertarian ideas.

Posted by Save Marinwood at 9:24 AM No comments:

COVER UP!: SMART train halted by Landslide for Several Week!

The SMART train has not been operating for several weeks due to a landslide at Lincoln Hill.

What is other problems is SMART trying to hide?  Funding shortfalls?  Mechanical failures? Budget Overruns?   Can we TRUST the SMART Management and BOARD to tell us the TRUTH?

Posted by Save Marinwood at 7:24 PM No comments:

Shake it Off: Obama Version

Posted by Save Marinwood at 12:55 PM No comments:

Will you have to make your Home Accessible for Section 8?

If you rent a room to a person on Section 8,  will you have to make your Home Accessible?

The Marin County Board of Supervisors made it far more risky to rent a room in your home on March 21, 2017.  They created an ordinance that makes it illegal to "income discriminate" against Section 8 tenants.   While the supervisors claim that no one is required to rent to any individual, it sets a legal trap for a potential landlord if he does not strictly follow the HUD guidelines.  It will be a gift for litigation attorneys but will hurt homeowners and small landlords the most.

If you accept Section 8, you will be required to for HUD rule Section 504.    There are a bunch of regulations aimed at the professional landlord and management company which you should read before renting your home.

Will you have to remodel your home to be "accessible"?  Will you have to accommodate mentally handicapped individuals?   I think the answer is "yes" but I am not an attorney.

This ordinance is so wrong because people rent rooms to assist in expenses and NOT to take on more debt and legal liability.  It is moderate income homeowners that are hurt the most. 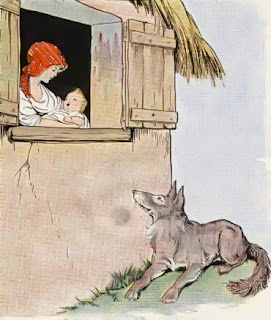