Unbelievably, Eric Driekosen is recommending armed police presence at public meetings to remove people while ignoring real crimes that have occured in the community center.  After five months of "study" after a April 2019 armed sex attack, Dreikosen has failed to produce a single improvement for the safety of the community.  Who needs this?  Dreikosen is more concerned about "civility" than than an attempted armed rape in the Community Center.
Posted by Save Marinwood at 12:02 PM No comments:

Once again, tonight the Marinwood CSD board shows its callousness and incompetence by failing to improve security in Marinwood Park during events and at the recreation center.  All discussion is off the table and quashed by Isabela Perry, CSD Board Member and the rest of the Board during tonight's meeting of the CSD board on December 10, 2019, a full EIGHT MONTHS after a juvenile escaped a perpetrator wielding a stolen handgun..  All board members have children, yet they fail to take even elementary steps to make the Marinwood Center safer.

How utterly, self serving and selfish of the board to ignore the safety of the community.  Jeff Naylor, Isabella Perry, Leah Green, Sivan Oyserman, and Bill Shea are cowards.

The safety lock on bathroom at the pool house does not work and is open 24hours a day.  It was on a timed lock but it has not been working for years.  Here is a photo I took at 9:30 PM after the park had closed at 5 pm

We asked for this small fix to be done but Eric Dreikosen, Marinwood CSD manager did nothing except hide the issue.

We asked for an inexpensive video surveillance system to be installed to assist police in case of future incidents but the CSD will not even consider it.

Posted by Save Marinwood at 12:02 PM No comments:

Email ThisBlogThis!Share to TwitterShare to FacebookShare to Pinterest
Labels: Crime 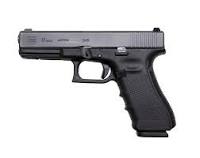 
A man accused of threatening a teenage girl with a gun during a sexual attack in Marinwood was sentenced to 120 days in jail.

Jordan Adelso Escobar Perez, 19, of San Rafael was arrested in April during a party at the Marinwood Community Center. He and the 16-year-old victim were both guests at the party.

The victim told investigators that a party guest forced himself on her and pointed a gun at her head, according to a case summary filed by the probation department. Eventually she was able to escape by locking herself in a bathroom and calling her mother.

The victim, who only knew the suspect through social media, was able to provide sheriff’s deputies with his first name. Deputies found the suspect at the party and identified him as Escobar. He initially struggled with deputies and had a Glock handgun in his jacket.
Escobar admitted he brandished the unloaded gun but described the girl as the sexual aggressor, according to the probation report. He also said he was intoxicated at the party.

The Marin County District Attorney’s Office charged Escobar with counts that included carrying a stolen firearm, resisting arrest, sexual battery and false imprisonment. Escobar accepted a plea offer and admitted to the felony gun charge and the misdemeanor resisting charge, and the other counts were dismissed.

“Mr. Escobar is gainfully employed and is taking the case seriously,” said his public defender, Tamara York. “He looks forward to making the best of his probation and using the resources to continue to better his life.”

Why are we just learning of this today? Did the Marinwood CSD inform their residents of this serious crime?

According to court records the case was filed on April 10, 2019. The crime likely occured around April 6th. Why did the Marinwood CSD hide this from the public?
Posted by Save Marinwood at 10:30 AM No comments:

Another meeting of denial, refusal to provide FINANCIAL details of Marinwood Maintenance Facility, and a rosy "audit" provided yearly by outside consultants. The auditor makes and outrageous claim that all is fine when spending has exploded to the highest levels ever and much cash business activity remains unreported. The CSD is involved in legal action with 90 year old couple instead of a settlement. Outrageous abuse of power, hidden liabilities, mismanagement and illegal activities are kept from public view.
Posted by Save Marinwood at 12:57 PM No comments: