Dimond Canyon in the East Oakland hills has long been a hotspot for graffiti artists. Spray-painted monikers of daredevil taggers adorn the underside of Leimert Bridge, which spans the forested gorge. Below, a tunnel that Sausal Creek runs through provides a subterranean gallery for those not willing to risk the 100-plus foot drop. In recent months, however, a more kiddie-friendly kind of public art has been drawing big crowds to the upper end of the park.

In September 2020, a wooden figure with shaggy hair made from frayed rope appeared at the base of a redwood tree. In the following months, more scrappy statues began popping up along the entire length of the Bridgeview Trail.

A blockheaded doll lounged in a mini-hammock strung up in the crotch of an oak. A giant caterpillar constructed from a twisted log, with pool balls for eyes, slithered near the rope swings. Amongst the ivy-covered hillsides, grinning creatures fashioned from fallen branches and construction detritus peered out at hikers.

So far this spring, the sun-dappled canyon has been crawling with children in a scene reminiscent of the Pokémon GO craze, except now kids are searching for endearingly makeshift statues instead of digital monsters. On a Nextdoor post about the mysterious creatures, one neighborhood resident exclaimed, “This is better than ‘Where’s Waldo!’”

The anonymous trio of artists behind “The Bridgeview Trolls,” the name for this ongoing project, is thrilled by the response. “We just did it for fun,” one of them told me, in their first media interview. “To see happy families out there is great, because a lot of kids don't want to go outside, they just want to play video games.”

The trollmakers only want to be identified by their initials (C, D, and M), but they were willing to share some details about themselves and the origins of this whimsical installation series. C is a graphic designer, D is an electrician, and M is C’s 8-year-old son, who just received his first set of tools for Christmas. While C and D — they’re a couple — handle most of the troll design and construction, M claims credit for the idea of “putting little guys in the woods.” The inspiration struck while the trio was strolling along Bridgeview Trail. “We realized that there are all these little alcoves and the redwoods form a kind of cathedral. So many great little places to tuck things,” D said, explaining how they chose the location of their unsanctioned “pandemic project.”

The mythological connection between trolls and bridges led to the name of this motley assortment. Taking a cue from the Danish artist Thomas Dambo, who constructs massive trolls from recycled materials, C, D and M fashion their trolls using materials they find in the forest and whatever other scraps happen to be lying around. The body of the first troll, “Arthur,” is a chunk of redwood left over from a Victorian house that D had been rehabbing; his legs are lichen-covered sticks. In the vein of jazz musicians, the trio improvise as they work, with final creations sometimes bearing little resemblance to initial sketches.

Their biggest limitation is space. The laboratory where the trolls are born is C’s dining room, although she got rid of her table and replaced it with a work bench, so little dining takes place there now. Plus, her small apartment is now perpetually covered in sawdust.

They often run into fans of their work while installing new trolls, which usually happens on weekends. During these visits, the trio also collects poop bags left by careless dog owners and other trash they see along the trail. “So far, we've gotten really good feedback,” C said. “And we're trying to do it in the least invasive way possible, so we don’t hurt the environment.”

Despite these efforts to limit negative impacts, a few local residents have complained of increased noise (likely the squeals of laughing children) and overcrowded parking on nearby residential streets. In order to encourage good behavior, C, D and M have begun leaving maps of the trolls’ locations at the trailheads, which include recommendations on respecting the neighborhood and where to park (Due to very limited parking on Bridgeview Drive, Monterey Boulevard is strongly encouraged).

The maps also include the trolls’ names, which have proceeded in mostly alphabetical order from Arthur and Bebe up through Tabitha, the most recent addition. The next member to join the crew will be Sad Stu, although his arrival may be delayed by the fact that much of the trio’s efforts are now devoted to repairing the existing trolls. Besides contending with wind and rain, several of the figures have lost limbs at the hands of overzealous children.

The artists are committed to completing the alphabetical assortment, but they’re “locked in a heated debate” about what to do after Z. Placing trolls in other parks throughout Oakland is one option, but C said that they “don’t want to jump the shark” and acknowledged that “at some point, the trolls will just have to live on their own in the woods” without the trio’s constant upkeep.

If the history of unsanctioned public art projects in the East Bay is any indication, other amateur artists will build on the Bridgeview Trolls in exciting and unexpected ways. From the towering “mudflat sculptures” that once lined the Emeryville shoreline to the many eclectic installations on Albany Bulb to the beloved gnomes still seen at the base of countless utility poles throughout Oakland, this region has a long track record of spontaneous collaboration. The first “guest troll” just popped up on Bridgeview Trail and C, D and M are thrilled by its mysterious appearance.

Liam O’Donoghue is the host of "East Bay Yesterday," a podcast that explores the history of Alameda and Contra Costa counties. Follow him on Twitter.

Posted by Save Marinwood at 10:15 AM No comments:

The lack of seriousness by the CSD Board in committing a large debt obligations for the most expensive Maintenance Shed in Marin County history is appalling.  The Marinwood CSD board president, Bill Shea seems giddy with delight that no members of the public were present for this meeting.
This is money NOT being spent on maintenance, pool restoration ,  mobility access, etc.
Posted by Save Marinwood at 4:22 PM No comments:

Posted by Save Marinwood at 9:11 AM No comments:

The Marinwood Maintenance Fence will cost $377,000 and the CSD will make YOU pay for it!

The Marinwood CSD has committed to building the MOST EXPENSIVE MAINTENANCE SHED in Marin County history designed by a former CSD Politician. Among the extravagances is the $377k IPE fence to house landscaping equipment.  Why the huge cost? They say it is important to have a beautiful structure instead of hiding it behind a standard cedar fence.  IPE fencing costs TEN times the cost of a standard cedar fence.

Oh, but did I tell you this shed will have an apartment inside?.....

The CSD needs an immediate investigation of its business practices and political shenanigans. 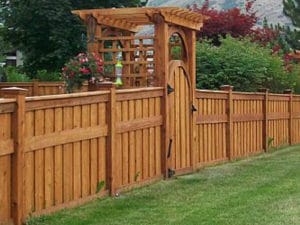 Wood fence installation projects are demanding. You need to know which wood species to get for starters let alone making sure the fence is properly installed. And then it’s all about keeping the new fence for years to come without worrying about its maintenance every now and then, or safety concerns. Although wooden fence installation is a different chapter, the project begins by choosing the right wood species. And there is a reason why ipe and cedar are two great choices.

The reasons for choosing an ipe fence

Let’s just say that ipe is hardwood and thus extremely durable. Another 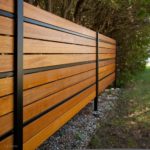 good reason for ipe fence installation is its natural resistance to elements. Thus, it hardly needs maintenance. It won’t decay or rot. It’s resilient and ages beautifully. No matter what the weather conditions, ipe will remain strong and actually last for many decades. This will compensate for its rather high price. And this is actually the only drawback when it comes to installing a wooden ipe fence.

Since ipe is a hardwood, it is also hard to work on. So, if you decide to get ipe, find a fence builder with expertise in this species.

Why cedar fences are also a great option 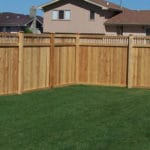 There are several types of cedar woods. One of the most popular one is red cedar. With red cedar fence installation, you get an average priced product that will last for years. It’s beautiful and resistant to insect infestation, moisture, and rot. But it will need some maintenance.

Cedar is resistant to insects due to its natural oils. Since it’s resilient, it has a long lifespan. And this compensates for the maintenance requirements. Another great advantage of cedar wood is that it won’t shrink or warp. And that’s very important for the condition of the fence since you don’t want it to sag in a few years.

Although the part over ground won’t rot, the part placed underground might rot. And that’s the disadvantage of wooden cedar fences. But you can mix and match wood species to get the best combination for long-lasting results. For example, you can use pine for the fence posts. Pine stands well underground but is not ideal for the slats since it might crack and shrink.

Believe or not, cedar emits a nice odor too. It has a very pleasing natural scent and that counts as an extra advantage.

So, which one should you choose for your home wooden fence? It’s really difficult to say since both wood species are marvelous. Each has its own pros and cons, so it actually depends on how much you want to spend today.

The best way to decide is to get in touch with your local fence contractor and get more information and perhaps suggestions for the fence in your home. After all, not all homes have the same style. But be sure that both cedar and ipe fences look great to all homes.

Posted by Save Marinwood at 11:11 AM No comments: