Cheers, Jeers, and Fears at One Bay Area Plan Meeting in San Rafael


Hear the full One Bay Area Plan meeting held on April 29, 2013 at the Marin Civic Center in San Rafael, CA. This comprehensive central plan for transportation, housing, and the economy hopes to transform our community for the next 25 years.  The plan will turn the Marin into a densely packed urbanized landscape.   Many views were heard from all sides of the issue.
The speakers submitted their cards for testimony and then Supervisor Kinsey announced that the early speakers would be allowed 3 minutes of testimony, after 8 pm would be allowed 2 minutes and  after 9 pm speakers only received 1 minute.  Curiously, the housing advocates knew to get their testimony in early and dominated the early event while the reporters were working on deadline.  It seemed to many in the crowd that the speakers were called slowly so as to drag out the event to the detriment of later speakers.  This appeared to be a subtle manipulation of the event for positive news coverage of the housing advocates.
Nevertheless,  as this footage clearly shows,  the housing activists were outnumbered by 20 to 1.

A San Rafael citizens group apparently irritated about housing plans and related county issues wants to recall Supervisor Susan Adams, saying she has failed to represent her constituents.
The group, a coalition headed by Carol Joyce Sheerin of Cedar Hill Drive in north San Rafael, filed a formal notice with the county Wednesday declaring its intention to circulate recall petitions to oust Adams from office.
"Grounds for the recall are as follows: Supervisor Adams' continued failure to represent her constituents," the statement says without elaboration. It was signed by 27 residents.
After Adams files a formal response that must be included on the recall petition, and the petition is certified, the group has 120 days to gather the signatures of 6,368 registered voters in the San Rafael supervisorial district, according to Registrar of Voters Elaine Ginnold.


Editor's Note: It looks like Marinwood-Lucas Valley Residents aren't the only ones frustrated.

CMEN outside the Citizen Marin Town Hall on March 20, 2013


This is very raw video footage at the Rally sponsored by a group calling themselves "Concerned Marinites to End Nimbyism  (CMEN for short).  They claim that Marin is full of  Racist, NIMBY and Classists and anyone opposed to their position on the feckless Housing Element for Unincorporated Marin are guilty. Their website is www.concernedmarinites.org.  Their tactics are meant to intimidate people from speaking up.

Supervisor Steve Kinsey is seen speaking at approx. 9:00 telling the protestors that Marin needs to be more welcoming".  Instead of asking the protestors to go inside and be heard,  after the event Supervisor Kinsey briefly was interviewed by a news crew and sped off in his car.

Check the distribution of affordable housing in Unincorporated Marin. 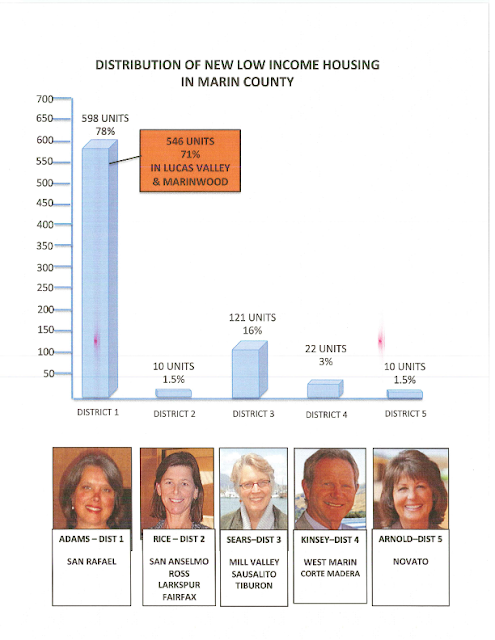 The stories about the plans for Marinwood Village development keep changing.  First it was 20% affordable,  next it was 50% affordable and now poof! in 2012 100% affordable housing.

Which "Marinwood Village facts" can we trust?

See the whole meeting here
Posted by Save Marinwood at 3:20 PM No comments:

Is Marinwood-Lucas Valley the Supervisor's "Diversity Solution" for Marin?

Editor's Note: Is Marinwood-Lucas Valley the "diversity solution" for the County of Marin?  The article below cites an agreement by the County and HUD to improve diversity and receive Community Block Grants.

Why then should the politicians and planners be allowed to concentrate 71% of all affordable housing in the 5.78 square miles in Marinwood-Lucas Valley?

Isn't the rest of Marin being NIMBY when they do this?

Marin County has agreed to research why it has so few minority residents relative to the rest of the Bay Area and to take specific actions to attract more low-income people and ethnic minorities to the affluent county, which is more than 80 percent white.
The agreement, signed last month with the United States Department of Housing and Urban Development, came more than a year after the agency found that the county failed to comply with Title VI of the 1964 Civil Rights Act and two other antidiscrimination statutes.
The review found that Marin County’s federally financed affordable-housing programs failed to reach out adequately to minorities and people with disabilities, failed to adequately track which ethnic groups were benefiting from those programs and failed to take steps to ensure that low-income and minority residents were not pushed out.
“The jurisdiction has an obligation to take actions that affirm housing is fair and that there’s choice,” Charles E. Hauptman, regional director for fair housing and equal opportunity at HUD, said in an interview.
In its report, HUD noted that “even among its relatively small minority population, persons of black race and Hispanic ethnicity are largely clustered in two minority-impacted census tracts,” blacks in the housing projects of Marin City and Hispanics in the canal zone of San Rafael.
Roy Bateman, community development coordinator for Marin County, said the county’s failure to track the race of those who benefited from federal money and to carry out systematic and multilingual outreach campaigns stemmed in part from the relatively small amount of money it received for affordable housing.
Last year, the county received approximately $1.7 million from Community Development Block Grants and $1.2 million from the federal HOME program to build and maintain affordable housing.
But John Young, director of Grassroots Leadership Network of Marin, said additional oversight was needed. County officials, Mr. Young said, “have these old-boy networks” resulting in the same people getting the same opportunities.

Mr. Young said his biggest battle was with neighborhood groups that did not want affordable housing built near them. “Nobody wants it in their backyard,” he said, and politicians are often willing to placate them.

Mr. Bateman bristled, however, at the suggestion that Marin lawmakers were racist because they rarely approved new developments.
“We are a slow-growth area where every type of development meets with resistance,” he said. “Right now, there’s a big fight over whether to allow Target to come to San Rafael.” 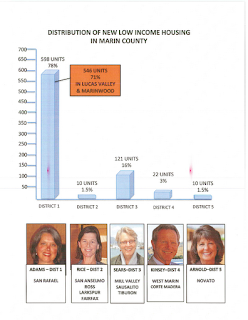 
This video about the One Bay Area Plan held at the Civic Center Exhibition Hall on April 29, 2013 captures the essence of the evening.  The speakers were primarily ordinary Marin citizens outraged that a 25 year plan to urbanize Marin is about to be approved and they have not been part of the process.

The politicians that try to force this feckless, financial and environmentally irresponsible plan on the people will soon be forgotten and the One Bay Area Plan will be tossed on the ash heap of history.

Article in the Patch

Article in the Marin IJ

Posted by Save Marinwood at 8:03 AM No comments:

"Get out your pitchforks and torches, get out of ABAG"

Government is for those who speak up. 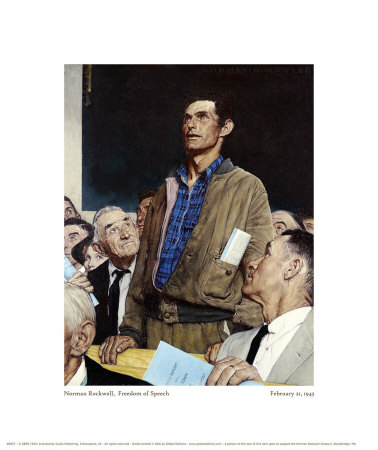 Very funny video showing the difference between rhetoric and reality about the One Bay Area Plan.

It is shockingly disturbing, that these people have access to 300 billion dollars of our taxes and want to control our community with their central planning schemes for the next 25 years!

Come to the Plan Bay Area meeting on Monday, April 29th at The Marin Civic Center Veterans Auditorium and Exhibit hall from 6-9pm.

Government is for those who "show up".  Your silence is consent. 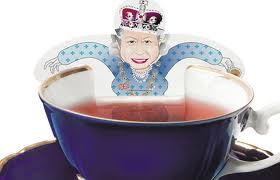