Planet Twelve from Andy Martin on Vimeo.
See all The Planets here: http://www.vimeo.com/channels/theplanets

Posted by Save Marinwood at 6:58 PM No comments: 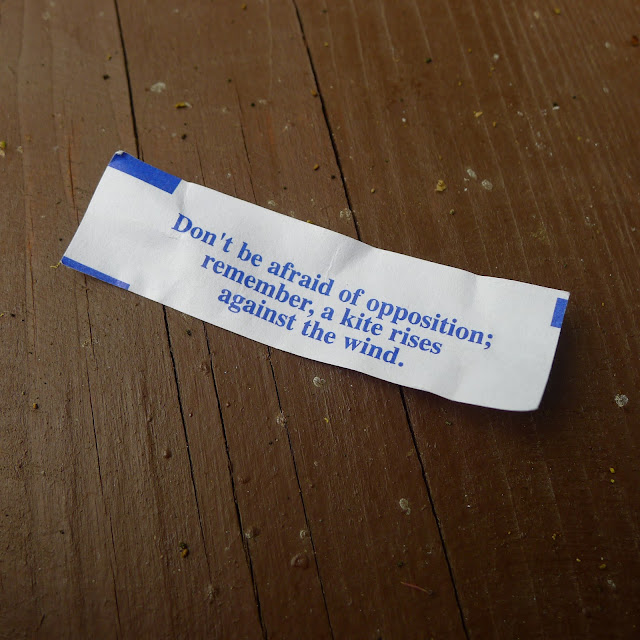 Posted by Save Marinwood at 10:27 AM No comments:

A future for all of us in Marinwood-Lucas Valley 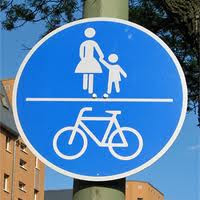 Marinwood-Lucas Valley has one of the worst walk-bike scores of any neighborhood in Marin.  We live close to nature but it is also one of it's drawbacks, too.  Every time we need to go shopping, we need to get into a car.  Although Marinwood Market has helped keep shopping local, once its rent concessions evaporate, it's future is anything but secure. It is under no obligation to stay and lose money.

The Marinwood Village project threatens the success of Marinwood Market by reducing the available parking and visibility behind a 14 foot sound wall.  The occupants of the 85 units of affordable housing that will require at least 170 of the parking spaces. Other commercial tenants will also need their share of parking.  That leaves precious few parking spaces for Marinwood Market's customers.

No wonder why Marinwood Plaza failed to lease out.   The dated structure sits atop of a toxic waste spill at the Prosperity cleaner site.   Suburban shopping trends have change too.  When the center was built more mothers stayed at home and shopped locally.  Now with a mobile workforce, both adults working, retail shopping trends have changed.  Easy access, visibility and abundant parking are essential for today's retail success.   It is more common to see a Marinwood neighbor in the easy access of the Hamilton Safeway than at the dated Terra Linda Safeway.

The center is poorly configured for a big box grocery store.  It is ideally configured and located for a market with a regional appeal.  A gourmet vendor like Marinwood Market or another Farm to Table specialty market along the lines of (www.oxbowmarket.com) can reap big profits from the location.  It is within minutes of all of Marin and it is the "gateway to West Marin" tourism.  Over 8 million tourists travel up the 101 freeway to wine country. 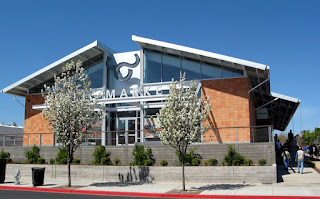 Why not have the Marinwood Market as the fresh, local, market of  Northern California?   It could feature fresh cheeses, organic meat, eggs, dairy, wines and other specialities. 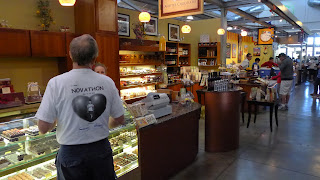 A successful regional business at Marinwood Plaza will insure it's longevity and service to the community. 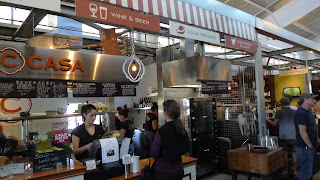 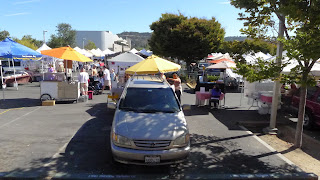 Weekend cyclists can use it as a rest stop and ride out to west Marin or along the bike path.


A food market close to home is important for the whole community.

Each of us will become mobility impaired someday-either through age or infirmity.  If we cannot drive, we will be forced from our home.  Not only is a walk/bike friendly shopping center more environmentally friendly and healthy,  it is also more compassionate for the mobility impaired.

The toxic waste at the Prosperity Cleaners site can be responsibly cleaned up with proper oversight and effort.  We need to address it. It is not "mitigated" yet as some have claimed.  Once this is done we can build our community anew. The tax revenue can be used to pay for the tax funding gap from non-profit affordable housing elsewhere in the community.

The future is ours.  What do you want it to be? Speak out before it is too late! 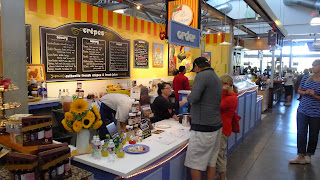 Posted by Save Marinwood at 10:02 AM No comments:

Theodore Roosevelt on Victory and Defeat. 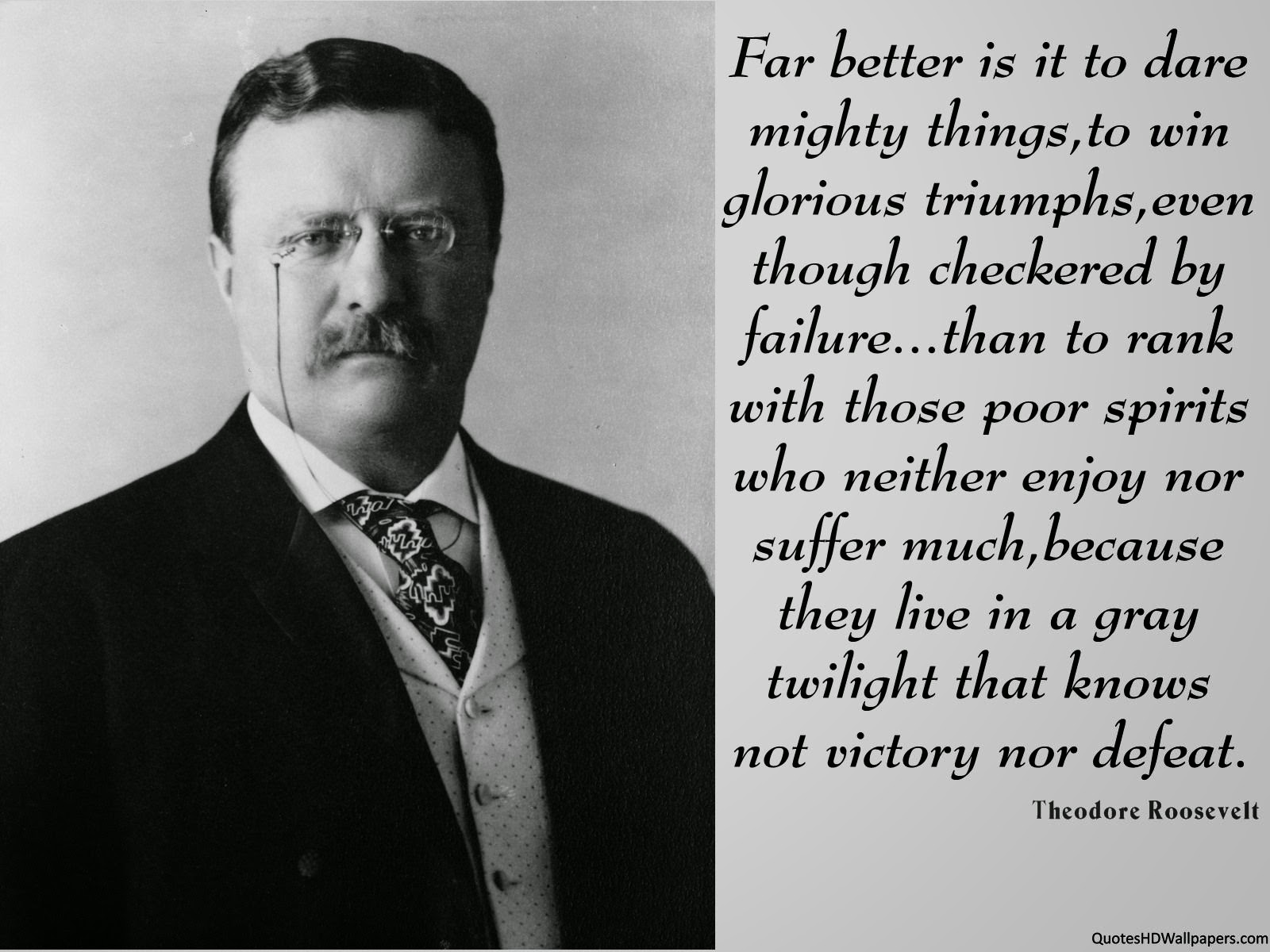 "It is not the critic who counts: not the man who points out how the strong man stumbles or where the doer of deeds could have done better. The credit belongs to the man who is actually in the arena, whose face is marred by dust and sweat and blood, who strives valiantly, who errs and comes up short again and again, because there is no effort without error or shortcoming, but who knows the great enthusiasms, the great devotions, who spends himself for a worthy cause; who, at the best, knows, in the end, the triumph of high achievement, and who, at the worst, if he fails, at least he fails while daring greatly, so that his place shall never be with those cold and timid souls who knew neither victory nor defeat."    - Theodore Roosevelt

Posted by Save Marinwood at 11:09 AM No comments:

Susan Adams gets a double victory.  The Board of Supervisors voted for Marinwood Plaza (82 units) and St. Vincent's/Silveira Ranch (221 units) for the very lowest income units in the county. See the Marin IJ story HERE

While we are not opposed to all low income housing, we do not like the high density or costs that will come with these tax exempt properties.  Also because of HUD mandates to diversify Marin, the supervisors will be concentrating all of it in two large complexes in our neighborhood.  Together, we can expect to have 600-1000 new low income neighbors.

While we agree with the goal of diversity for the county, we think it is counter productive to build large islands of ethnicity and poverty and expect integration.   The best way to integrate is to build smaller units and spread them throughout the 850 square miles of the county.  These two complexes will be literally a few hundred yards apart.  "Wincup City".  I expect that Kate Sears, Katie Rice and Steve Kinsey got reductions to help them get re-elected.

The goal of "affirmative fair housing" uses the theory of "disparate impacts" to determine racism.  That is if you a Caucasian and your neighbor is Caucasian, you could be in a racist neighborhood.  This is of course ridiculous, as most reasonable people assert, economics and neighborhood preferences determine the demographic mix.  Also, since many people, (like my family) could be considered "bi-racial", terms for racial identity are ambiguous and misleading.  How then is "racial equity" determined? I abhor racism but I feel such government policies are inherently racist by definition.

Diversity is great for a community. Differing points of view, different cultures enrich us all.  Variety is the spice of life.  We wish the county would adapt policy that actually diversifies AND integrates us. 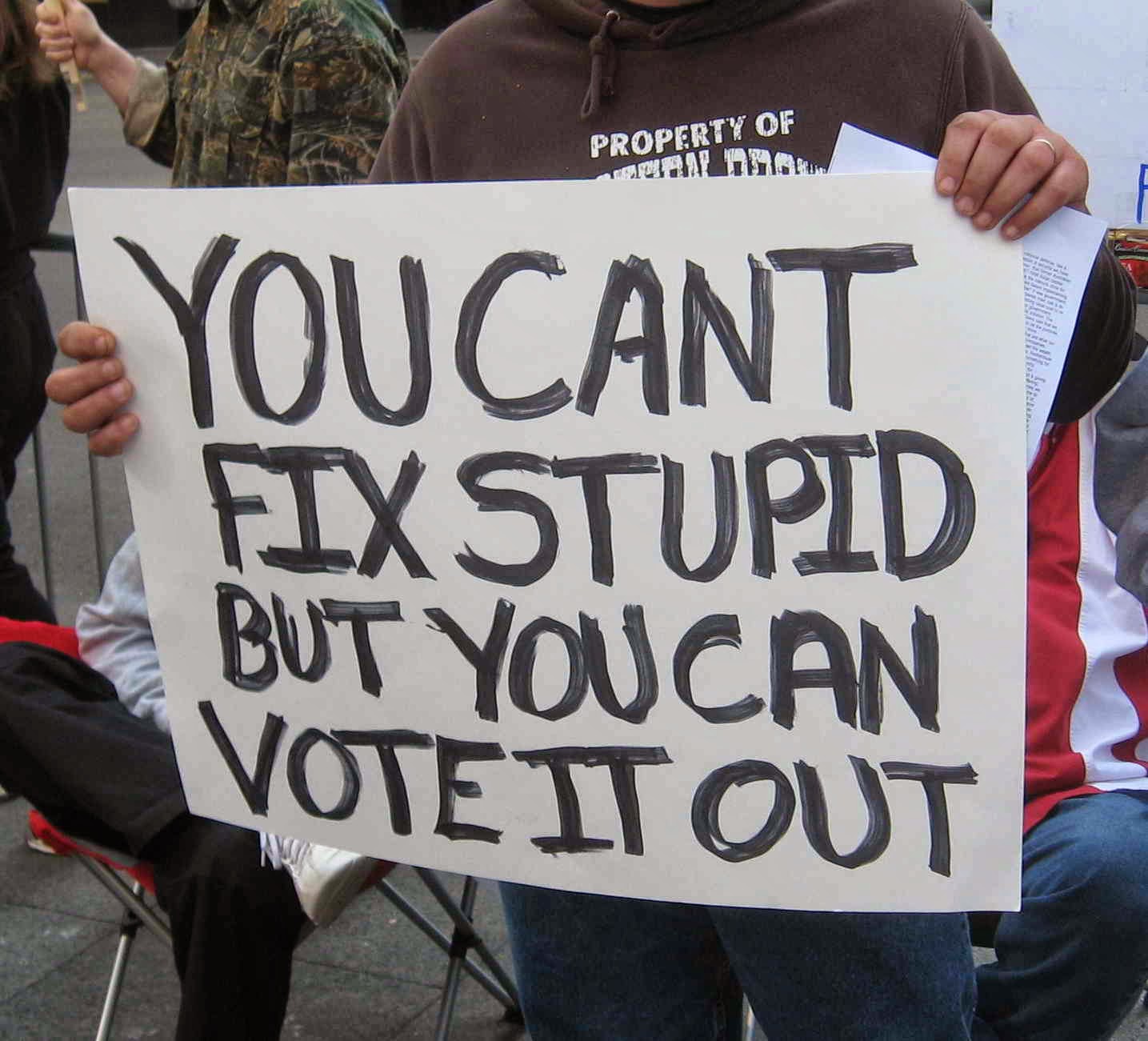 Ps. On a positive note, Supervisor Kinsey volunteered for 2 low income units in Pt Reyes Station that he admits will probably never get built.
Thanks Steve for your leadership and especially the lectures on charity for your fellow man!

Posted by Save Marinwood at 12:07 PM No comments:

This infographic outlines the principles of Transit Oriented Development and is found at the Slow Ottawa 'Streets for Everyone' Pinterest page.   Pay attention to the last box "Compact" It shows that suburbs will be replaced by high density cities.  This is exactly what we don't want in Marin.

Posted by Save Marinwood at 3:30 PM No comments:

Toto must go go!/ Once upon a time in Marinwood 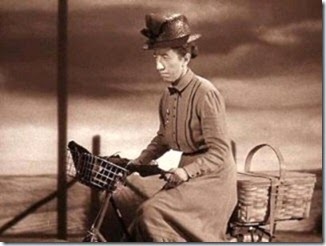 Posted by Save Marinwood at 6:10 PM No comments:

http://www.marinij.com/marinvoice/ci_27079016/marin-voice-flawed-housing-plan-promotes-higher-densities
Marin Voice: Flawed housing plan promotes higher densities
By Sharon Rushton
POSTED:   12/07/2014 03:05:47 PM PST
Below is the article as I submitted it to the Marin IJ.  (The paper made a couple of edits):
Marin County’s Draft Housing Element (a state mandated document that plans to meet the existing and projected housing needs of Unincorporated Marin) is currently under review by the Supervisors.  Unfortunately, the proposed plan is gravely flawed and does not represent the concerns and values of Marin residents throughout the County.
One of the core values that most Marin residents share is a love and respect for nature, which has been demonstrated by a long history of environmental conservation. Residents moved to Marin because they treasured the small-town, semi-rural and rural character of their neighborhoods and the nearby parks and open space. Such values are still current, as reflected by residents' recent outcry against the huge WinCup apartment complex in Corte Madera. Regrettably, the draft housing plan — a state-mandated document that plans to meet the existing and projected housing needs of unincorporated Marin — ignores this revered history and recent uproar.
As currently written, the Housing Element unnecessarily plans for over 200 percent more housing units than required by law and includes detrimental programs geared to housing developments that could:
• Greatly increase density by changing the definition of a "unit," such as calculating studios as 50 percent of a unit, one-bedroom apartments as 66 percent of a unit, two-bedrooms as one unit, and three or more bedrooms as 1.5 units.
• Dramatically raise height limits — up to 45 feet (similar to the WinCup apartments).
• Cluster housing units at 30 units per acre even in single-family neighborhoods.
• Reduce onsite parking and force residents to park on crowded streets or in public parking areas that are meant for other purposes.
• Promote streamlined and ministerial "over-the-counter" permit review.
• Allow the number of units in traffic impact areas to exceed pre-established housing unit CAPs.
Including a site in the "Housing Element's Site Inventory" increases the likelihood that it would be developed and developed at a higher density. State laws restrict the County from disapproving housing development or reducing residential density at a site listed in the inventory, with extremely limited exceptions.
Consequences?
The housing plan promotes an excessive number of high-density housing developments with even greater potential density, height, and size than currently allowed. The plan could change the entire architectural landscape of unincorporated Marin!  Such densification with the ensuing population growth would increase the risk of adverse impacts on the environment, public health and safety, traffic congestion, infrastructure, utilities (water), public services (schools), views, sunlight, privacy and neighborhood character.
Streamlined and ministerial "over-the-counter" permit review of housing projects would hinder thorough and accurate review, constrain valuable public input on planning decisions, and reduce transparency, thereby diminishing the quality and safety of the developments.
Marin County's fate is in the supervisors' hands:
According to the recent Marin IJ article — "Governor Brown signs bill easing pressure for dense development in Marin" — the supervisors expressed commitment to lowering Marin's density.
"The county of Marin is dedicated and committed to affordable housing that is consistent with the community in which it is located," Supervisor Kate Sears said. "We will continue to engage all of our partners in an effort to develop affordable housing opportunities that recognize and complement the suburban and rural character of our county."
We commend the Supervisors on their above goal. We now urge them to make decisions about the Draft Housing Element that are consistent with their commitment and: 1) Reduce the number of sites and units identified in the plan’s Inventory – Especially remove sites with multiple constraints and hazards; and 2) Eliminate proposed programs that foster incongruent high-density housing and inadequate permit review.  Such revisions to the plan would help to protect Marin's environment, safeguard public health and safety and preserve our suburban and rural neighborhoods.
If you agree, then please sign our online petition at: tamalmonte.org/issues/
Sharon Rushton of Mill Valley is Chairperson of Sustainable TamAlmonte.

Why I Spend Millions on the Cause of Liberty

Why I Spend Millions on the Cause of Liberty by John Ramsey
Libertarian mega donor breaks his silence. 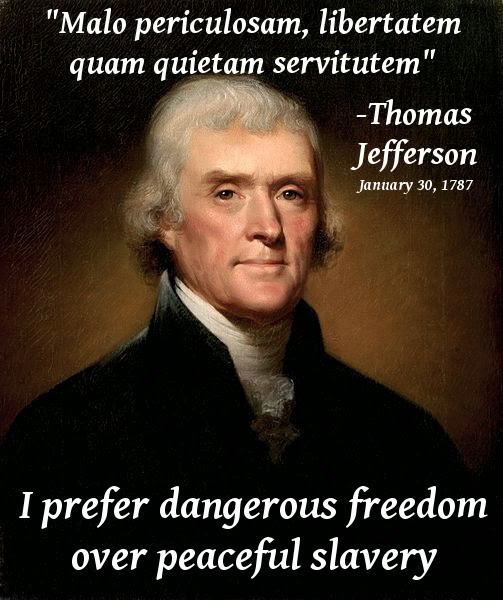 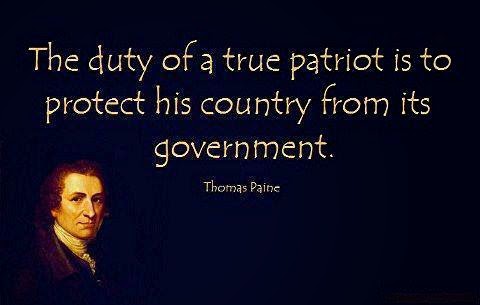 Posted by Save Marinwood at 9:35 AM No comments: