February 12, 2013|By Anthony York
OAKLAND -- It was billed as a housing forum, but it turned into the Jerry Brown show.
The governor was here Tuesday with Bank of America Chief Executive Brian Moynihan to discuss the future of housing in California at a forum put on by the Haas School of Business at UC Berkeley.
However, in typical Brown fashion, he used the opportunity to wax philosophical on climate change, the virtues of marriage, the hollowing out of the middle class, healthcare and variety of other subjects. At times, the event seemed to be about everything but the advertised topic.
The governor himself acknowledged that, saying at one point, “I have to say something about housing. This is a housing forum,” before proceeding to talk about the need to “decarbonize” the economy.
Moynihan said he believed that the worst of the state's housing crisis was over, and predicted that lenders, including his institution, would make it easier for potential home buyers to get loans to buy homes.
“I think we’ve gotten a little too tight,” he said of the industry’s lending rules. “We’ll loosen it.”
Brown talked about the need to reform the state’s environmental laws, noting that while he was mayor of Oakland, he overcame resistance to such measures by sheer volume.
“We put so many projects in the pipeline that the opposition couldn’t mobilize fast enough,” he said. “We overwhelmed them with mass. That’s kind of a Soviet model,” he quipped.
Brown again expressed skepticism that the federal government would make good on its promise to pick up the initial costs of expanding the state’s healthcare coverage for the poor under the federal healthcare law signed by President Obama in his first term.
The governor noted wryly that increased coverage would come with increased costs, but “luckily the federal government is committing its increasing deficit to cover our Medi-Cal costs.”
Brown said healthcare will be on his agenda next week when he travels to Washington to meet with other governors. He is also scheduled to give a speech on energy issues at the Environmental Resource Forum.


K
Posted by Save Marinwood at 8:51 PM No comments:

This project is currently on hold. Please be patient while we continue to work through the logistics in making this property a reality.


That’s the message that currently appears on the homepage for Grady Ranch, a 224-unit affordable housing project planned by George Lucas — yes, that George Lucas — on land he owns in Marin County, California. He first announced the $150-million development a year and a half ago, but now questions are being raised about whether it will actually happen.
Those questions aren’t unwarranted. Though public hearings were expected to take place midway through this year, as yet there has been no update. What’s more, while Lucas’ charitable idea has garnered some praise, some of his wealthy neighbors are opposed to it. According to the Marin Independent Journal, they have threatened to sue Lucas due to concerns about some components of the project, including a $70-million creek and watershed improvement.
If the project ever does reach completion, it would be the largest privately financed affordable housing project in the country. Local workers and senior citizens would reside there, with 120 units being reserved for workers earning between $65,700 and $101,400 a year (about 80 percent of the area median income). The 240-acre property would also have plenty of open space, as well as a community center, micro-farm, orchards and barns.
Despite the apparent uncertainty surrounding Grady Ranch, those wanting to live on the property can still fill out an interest form here. Qualified applicants will have to undergo an extensive criminal background check and provide references from former landlords. We’ll definitely be staying tuned for any updates.
Posted by Save Marinwood at 5:56 PM No comments:

The Animals-House of Rising Sun Video

Well, I got one foot on the platform
The other foot on the train
I'm goin' back to New Orleans
To wear that ball and chain

Well, there is a house in New Orleans
They call the Rising Sun
And it's been the ruin of many a poor boy
And God I know I'm one

Lyrics from http://www.lyrics007.com
Posted by Save Marinwood at 10:53 AM No comments:

Posted on May 25, 2015 by publisher5 in INDUSTRY news, Residential

Posted on May 25, 2015 by publisher5 in INDUSTRY news, Residential 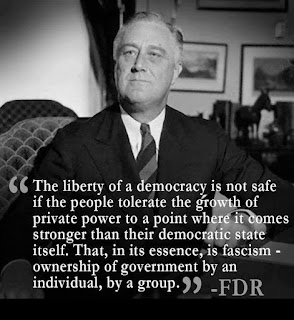 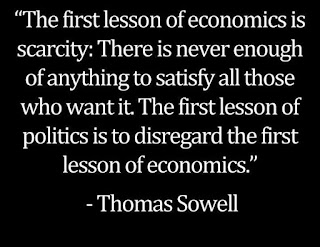 Posted by Save Marinwood at 10:52 AM No comments:

Email ThisBlogThis!Share to TwitterShare to FacebookShare to Pinterest
Labels: regionalism

What To Be Thankful For? Natural Rights

Posted by Save Marinwood at 9:59 PM No comments:

The Pilgrims and Property Rights: How our ancestors got fat & happy

Steve Kinsey (Robert Tong - Marin Independent Journal)
Marin Supervisor Steve Kinsey, who leaves his post early next year, has found new work as a $175-per-hour consultant for the city of San Rafael. He will help guide the city as the downtown undergoes major upheaval to accommodate commuter rail service and a new transit center.
The San Rafael City Council approved hiring Kinsey on a 4-1 vote Monday, although the supervisor will not begin working for the city until after he leaves office Jan. 2.
His job will be to help the city staff untangle plans for downtown put forth by the Sonoma-Marin Area Rail Transit agency and Golden Gate Bridge district. The Bettini Transit Center in downtown San Rafael will have to be revamped quickly so that SMART trains can pass through the hub en route to Larkspur as soon as 2018. The move will force more buses onto city streets.
Additionally, the bridge district — which owns the transit center — plans to move the hub to another site downtown to better accommodate the train and existing bus service. A bike and pedestrian path as part of the SMART project is also part of the mix.
All that means San Rafael officials will have their hands full.
“There are many trying projects within the city,” Mayor Gary Phillips said. “We want to do it right, and provide the support to do so.”
The support will come from Kinsey, who has experience in planning, has contacts with the agencies involved and has been a top transportation official locally as well as regionally, serving on the Metropolitan Transportation Commission.
“This is one of the most historic, complex, but exciting projects for the city,” Kinsey told the council. “There is no question it is very challenging. I see it as a role that will support your staff. This is something the community itself will have to have a significant role in.”
Kinsey’s fee will be capped at $50,000. If more hours are needed for the work, the council would have to approve a budget increase.
Councilman John Gamblin cast the lone vote against the hire, saying more time is needed to study the changes before the city hires someone to address them.
While praising Kinsey’s credentials, Gamblin said there are too many unknowns about SMART, including its ridership and overall impact on San Rafael. He also noted Measure Q — which voters approved to build SMART — didn’t note the impact on the transit center.
“There are too many questions out there that have yet to be answered,” he said. See Article HERE

Editors Note: Steve Kinsey has been a MTC Commissioner and is the leading voice for the urbanization of Marin.  He is currently the subject of a million dollar lawsuit over his actions while on the California Coastal Commission.
Posted by Save Marinwood at 12:00 AM No comments:

Do you understand the Electoral College?

Posted by Save Marinwood at 12:19 PM No comments: 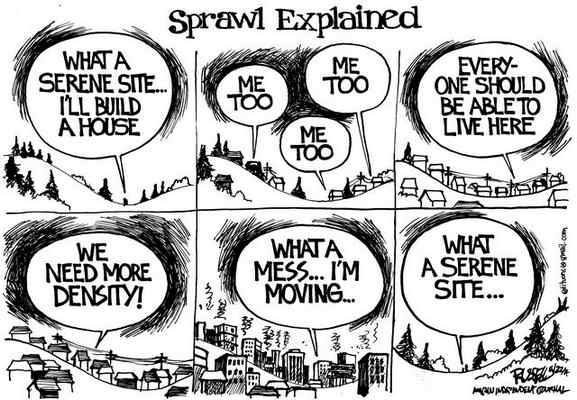 Posted by Save Marinwood at 5:56 PM No comments:

Email ThisBlogThis!Share to TwitterShare to FacebookShare to Pinterest
Labels: humor

Will they say "I'm Sorry" if Gangs come to Marinwood-Lucas Valley? 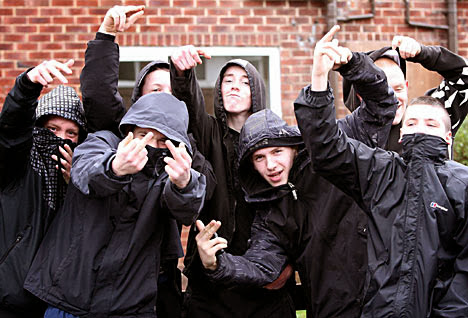 Editor's Note:  [This article in the July 8, 2013 Marin IJ about criminal activity is disturbing. When youths pelted an officer with rocks while stopping a suspected criminal it sparked a major response from the police.  Consequentially the community felt police shouldn't have shot at the suspect.  We will receive little money from the non-profit developers for upgrading our public safety.  More people will invariably mean that total crime will increase.  Who will pay for additional police presence? ] 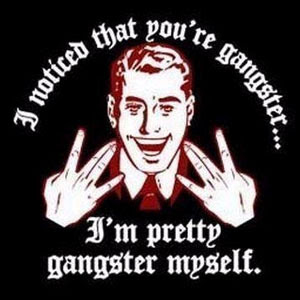 In 2007-2008 the  Marin County Civil Grand Jury looked at Gangs of Marin . In 2011 The Grand Jury once again generated a report Gangs of Marin Two  after rising level of gang activity including the gang shooting in the Hamilton Safeway Parking lot.

Sheriffs have long been concerned with gang activity spilling onto the streets of Marinwood and drugs coming into our schools from local gangs.


The increase in our population by 25% from residents in low income housing (83% of all extremely low to low income units in all of Unincorporated Marin) will undoubtedly bring an increase in crime and gang activity.

Of particular concern is the high density of the low income units whose inhabitants will living in an "island of poverty" and socially isolated. Integrating low income housing with market rate housing is preferable as it doesn't isolate the poor from the rest of the community and promotes social stability.

Gang activity and crime will most certainly come to Marinwood-Lucas Valley if large high density affordable housing is built like Marinwood Village.


What will our politicians and "Neighborhood Leaders"*
say to the community then?
"I'm sorry"?

*not all of the original "Neighborhood Leaders" appointed by Susan Adams currently support the plan.  In fact some of then are strong advocates for an improved planning process and resent being used by the fake "community input" process.  Ask your neighbors if they still support the housing plans. 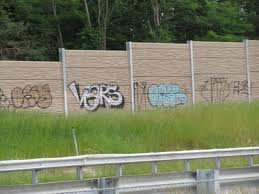 FBI National Gang Threat Assessment Report 2011
Posted by Save Marinwood at 10:55 AM No comments: