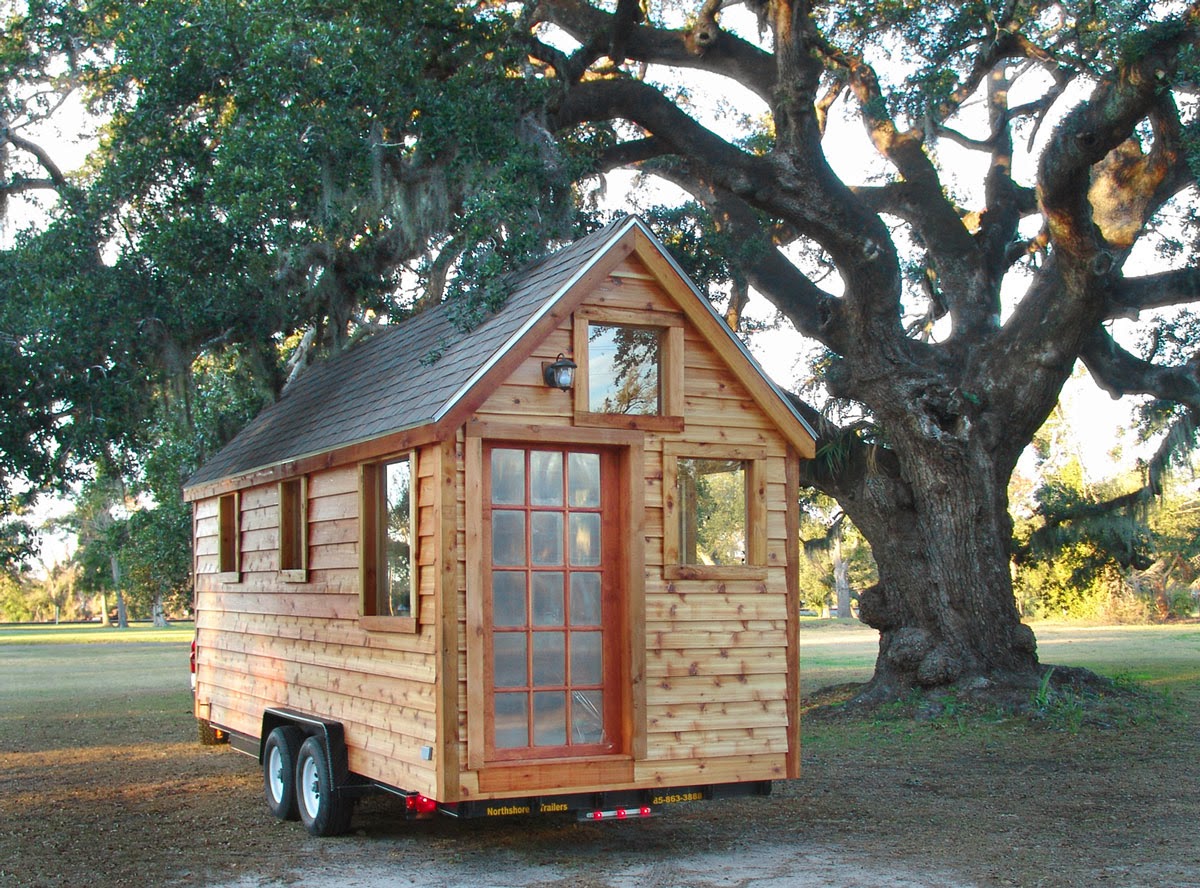 MADISON, Wis. - While tiny houses have been attractive for those wanting to downsize or simplify their lives for financial or environmental reasons, there's another population benefiting from the small-dwelling movement: the homeless.
There's a growing effort across the nation from advocates and religious groups to build these compact buildings because they are cheaper than a traditional large-scale shelter, help the recipients socially because they are built in communal settings and are environmentally friendly due to their size.
"You're out of the elements, you've got your own bed, you've got your own place to call your own," said Harold "Hap" Morgan, who is without a permanent home in Madison. "It gives you a little bit of self-pride: This is my own house."


He's in line for a 99-square-foot house built through the nonprofit Occupy Madison Build, or OM Build, run by former organizers with the Occupy movement. The group hopes to create a cluster of tiny houses like those in Olympia, Wash., and Eugene and Portland, Ore.
Many have been built with donated materials and volunteer labor, sometimes from the people who will live in them. Most require residents to behave appropriately, avoid drugs and alcohol and help maintain the properties.
Still, sometimes neighbors have not been receptive. Linda Brown, who can see the proposed site for Madison's tiny houses from her living room window, said she worries about noise and what her neighbors would be like.
"There have been people who have always been associated with people who are homeless that are unsavory types of people," she said.
Organizer Brenda Konkel hopes to allay neighbors' concerns by the time the City Council votes in May on the group's application to rezone the site of a former auto body shop to place the houses there. Plans include gardens, a chicken coop and possibly bee hives and showers and bathrooms in the main building.
"I think a lot of them we can work through. I think there is some ways we can be a real asset to the neighborhood," she said.
The group has already built one house that's occupied by a couple and parked on the street. A volunteer moves it every 24 or 48 hours as required by city ordinances.
The house, which cost about $5,000, fits a double bed with overhead storage, a small table and a small room with a compostable toilet. There's no plumbing or electricity, but the home is insulated and has a propane heater to get the residents through the harsh Wisconsin winters.
Organizers want to eventually add solar panels.
Morgan, who has struggled with a spinal cord surgery, alcohol addiction and unemployment, lives in a trailer provided by OM Build. He hopes to work as a cook again.
"My goal is to go back to that and get my own place, but it's really nice to have this to fall back on," he said.
The tiny house effort in Eugene, Ore., sprung up after the city shut down an Occupy encampment that turned into a tent city for the homeless. Andrew Heben and others worked with the city, which provided them with land for the project.
Opportunity Village Eugene opened in September with little resistance, said Heben, 26, who is on the board of directors. Most of the nine huts, which are 60 square feet, and 21 bungalows, which are 64 square feet and 80 square feet, are already built.
Thirty people are living in them now, and he expects 40 to 45 residents ultimately. The houses don't have electricity, water, bathrooms, showers or kitchens, but separate shared buildings do.
They've done it all for less than $100,000, which is about half the median home price in Eugene, all from private donors with no taxpayer money. He said the story has changed from how tent cities were a problem in America to how the community is banding together.
"It's an American success story. ... Now we see in different cities people coming up with citizen driven solutions," Heben said.
Ministries in Texas and New York also are developing communities with clusters of small houses.
Mobile Loaves and Fishes plans 135 small homes and 100 recreational vehicles on 27 acres near Austin, Texas.
The Christian ministry that started 15 years ago bringing food and clothing to the homeless hopes to raise $7 million to build the homes, streets, utilities, sewers, a farming operation, medical facility and sanctuary, President and CEO Alan Graham said.
Residents would pay rent that ranges from $90 a month for a 150-square-foot home to $375 for 400 square feet.
"The goal is to reach everybody where they are economically," Graham said.
He expects a staff of 15 will run the village, with residents having the option to get paid to help with upkeep.
Community Faith Partnership near Ithaca, N.Y., has built six of up to 18 planned 320-square-foot houses as transitional living for homeless men, said Jim Crawford, the group's executive director.
The men will pay rent on a sliding scale that looks at their situation and whether they receive government aid.
The heart of the operation will be a community center where people who aren't social can learn to relate to others in a safe environment, Crawford said.
"We are bringing people into tangible housing but we are bringing them also into much less tangible human framework of social relations and that is the more difficult work," he said. "That is the more sophisticated work."

Editor's note: The average price of subsidized housing is $400,000-$800,000 in the Bay Area and the community receives almost no taxes.  While we are not advocating the tiny house solution, it is a creative approach to the problem of the homeless. Tens of thousands of these could be built for the cost of a single "affordable" housing complex like the proposed Marinwood Village. The ridiculously high cost of so called "affordable complexes" built with generous taxpayer subsidies makes you wonder what they mean by "non profit".
Posted by Save Marinwood at 12:00 AM