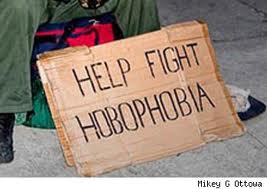 Ritter Center attorney, Andrew G. Giacomini, Managing Partner at HansonBridgett law firm, submitted a letter to the City of San Rafael on Monday June 6 in response to the City Staff Report about the Ritter Permit. Unfortunately this was not included in the Agenda packet for the meeting that night. It is worth the read.
If you didn’t attend or view the meeting online, Vice Mayor Kate Colin and Council member Maribeth Bushey both noted in the comments the appreciation of Ritter Center’s efforts to make changes in some of the transactional services. As a matter of fact, it was noted that the ideas to move the food pantry for homeless clients, showers and laundry and revise the postal services were all Ritter suggestions. Ritter is working with the City to reduce the impact of their services on downtown.
However, Ritter Center does have a response to the Staff Report providing a detailed accounting of why Ritter should not and cannot have its Use Permit revoked.
Download the letter here.
The constant vilification of Ritter distracts us from the myriad of contributing factors to the issues downtown. Yes, we can move some of the transactional services (food pantry, showers, laundry, etc.) to reduce traffic, but much of that traffic is people not causing any problems. Situated next to a Pawn Shop and a Liquor store, what are their impacts? They complain a lot, but how are they contributing to the problems? And Walgreens? Huge problem for the police and we wonder why they are open 24 hours.
It is a complex issue requiring a multi-faceted approach to solve. All the attention goes to Ritter as if this is the lynchpin. We’re not so sure of that. We agree Ritter Center should move to a location better suited for them, so they can provide the much needed services our community needs. Then we’ll see how downtown changes.

Excerpts from the letter are below. Forgive my typing and if I missed a word, let me know and I’ll correct.
“In 2015 Ritter served 4262 individuals, 59% of whom are housed. They secured permanent housing for 174 individuals and provided subsidies to house 22 chronically homeless individuals. It placed 45 individuals in substance abuse centers outside of Marin County and provided substance abuse counseling for an additional 24 persons at off-site shelters. Not only has the Ritter Center not caused an increase in the homeless presence in downtown San Rafael, it has actually helped to prevent and reduce homelessness.” (pg 2)
– – – –
“When the City’s own police force brings troubled individuals to Ritter Center for help, it is unconscionable to them blame Ritter Center for the presence of those same individuals in downtown San Rafael. These allegations are equivalent to the City blaming a hospital for the presence of injured people after delivering the patients to the hospital. The City of San Rafael needs to acknowledge that Ritter Center is part of the solution, not the problem.” (pg 2)
– – – –
“Ritter Center receives no funding from the City for any services that it provides, and contrary to statements in the Staff Report, Ritter Center receives no funding from the County for any of the services that are proposed to be relocated through the MOU.” (pg 3)
– – – –
City Council Can’t Revoke The Use Permit
On page 3, Section IV. City Council Lacks Authority to Modify or Revoke Use Permit, I suggest you read this in full. Basically, the Planning Commission would have to schedule a hearing and prove Ritter is not complying with their Use Permit. There are NO findings that this is true. He goes on to say that if this process was pursued, some members of the City Council could be required to recuse themselves based on statements they’ve made.
– – – –
Police Calls to Ritter Down 44%
He goes on to explain the parameters of the Use Permit and Ritter’s compliance. There are comments about the number of police calls to the Ritter Center but it is pointed out that this is not a condition of the permit. Additionally, “…police calls to Ritter Center itself decreased 44% during the latest time period reported by the City.” (pg 6)
– – – –
Nuisance, Vagrancy Blamed on Ritter
“Here, the City has identified the ‘nuisance’ as homeless or vagrants loitering in downtown San Rafael, littering and urinating in public. These activities are not taking place on the Ritter Center property, but all over downtown. The City has attempted to tie these same homeless and vagrant individuals to the Ritter Center simply because the Ritter Center provides services to some homeless individuals or these individuals may have been seen loitering nearby. However, these same individuals likely use the services of many organizations and facilities downtown, including St. Vincent’s, Goodwill, Walgreens, liquor stores, parks, Safeway and those will to give money to panhandlers on downtown streets. Not only does Ritter Center not attract nuisance activity, it does not permit loitering or nuisance activity to foster on its property, providing security and litter removal extending beyond the property lines, fencing around the property, and requiring clients to sign rules that can result in being banned from services, if they are broken.” (pg 9)
– – – –
What about Walgreens?
Walgreens has accounted for a 66% increase in police calls from May-December. “Notably, the City does not vilify Walgreens publicly or even require that it maintain a private security force to police the activities of the patrons (including the homeless) that it attracts by selling alcohol, tobacco products and other drugs 24-hours a day, 7 days a week.” (pg 10)

Editor's Note: The above post was posted to a San Rafael downtown group that wants to relocate Ritter House to 67 Mark Dr. in North San Rafael (off Smith Ranch Rd.) Ritter's policies exclude "problem" homeless in their shelter.  Where do these people end up?  On the street and open space, of course.  This is exactly the concern of our neighborhood.  It isn't the clients of Ritter house but the NON-CLIENTS who are attracted to use Ritter's services that will take up residence in our open space and public areas.

It is time that both sides of the debate get real.  The problem of homeless services has an undesirable neighborhood effect which must be dealt with reasonably.  The homeless problem is not going away. We should strive to maintain homeless services that minimize the negative effects on the surrounding neighborhood.
Posted by Save Marinwood at 4:00 PM