Environmentalists Will Lose, And That’s Great News For Mankind 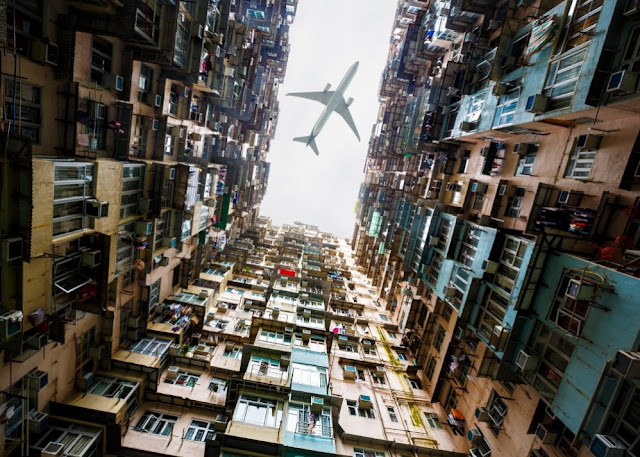 Here is the lede of Jonathan Chait’s long but optimistic piece on climate change (“This is the year humans finally got serious about saving themselves from themselves” says the subhead) in New York magazine:

Here on planet Earth, things could be going better. The rise in atmospheric temperatures from greenhouse gases poses the most dire threat to humanity, measured on a scale of potential suffering, since Imperial Japan and Nazi Germany launched near-simultaneous wars of conquest. And the problem has turned out to be much harder to solve. It’s not the money. The cost of transitioning away from fossil fuels, measured as a share of the economy, may amount to a fraction of the cost of defeating the Axis powers. Rather, it is the politics that have proved so fiendish. Fighting a war is relatively straightforward: You spend all the money you can to build a giant military and send it off to do battle. Climate change is a problem that politics is almost designed not to solve. Its costs lie mostly in the distant future, whereas politics is built to respond to immediate conditions. (And of the wonders the internet has brought us, a lengthening of mental time horizons is not among them.) Its solution requires coordination not of a handful of allies but of scores of countries with wildly disparate economies and political structures. There has not yet been a galvanizing Pearl Harbor moment, when the urgency of action becomes instantly clear and isolationists melt away. Instead, it breeds counterproductive mental reactions: denial, fatalism, and depression.

Although Chait makes a number of fantastical economic claims, it’s worth focusing on the moral question: Is global warming really a more ominous threat to mankind than communism was—an ideology that, at best, condemned hundreds of millions to rot in poverty under totalitarianism or, at worst, left them to be massacred or starved to death?According to some sources, Mao’s government killed at least 45 million after 1949. An unimaginable number surely suffered. This was an expansionist ideology that fomented war in every part of the world.
Is global warming really a more dire threat to mankind than Islamic radicalism, which has convicted millions of people to be subjects of brutal theocracies, and billions more to be the targets of terror? Those thousands of Muslim refugees aren’t risking their lives in the waters of the Mediterranean because there’s been one-degree Celsius change in the temperature over the past century.
Is the threat of global warming worse than the threat of global poverty?
If you’re going to fear monger, measuring threats on a “scale of potential suffering” is the absolute best kind of fearmongering as it’s really no measurement, at all. Here on Earth, on a scale of tangible, real-world suffering, things have gotten considerably better—less hunger, less poverty, longer and freer lives—for a large chunk of humanity. Concurrently (but not coincidentally) most of this has happened when this climate-change crisis was gaining momentum.
Now, unlike coal, oil, gas, and market economics, an environmentalist has never lifted anyone out of poverty. But if you’re convinced that every wildfire and tornado is the fault of Koch Brothers, Ayn Rand and a recalcitrant GOP Congress, this moral structure probably makes some sense to you. If you believe the moral magnitude of climate change falls somewhere short of the killing of 70 million people (we don’t know the exact number World War II took), but is a more a pressing problem than mass hunger or disease or war, I can understand why you think doing nearly anything to stop it is okay. Like emulating one-party authoritarianism, for instance.
That’s where you will find hope. Our agreement with China has Chait very upbeat. Basically, Obama will issue some diktats through the Environmental Protection Agency, then in 2030, or some year around that time, when China’s carbon emissions are expected to peak, it promises it will implement some ambiguous action plan at some vague point in the future. All we need to do is trust them now and act. The agreement contains no binding language requiring any goals to be met. After that, it will be “enforced” by international diplomatic pressure. If we are good role models, however, China will do the right thing, as well.
But wait! Maybe it’s the Chicoms who are the role models. “China, in fact, has undergone an energy revolution far more rapid than anything under way in the U.S. — the country that supposedly couldn’t be shamed into action has, instead, shamed us,” writes Chait, who finds it amazing that things become efficient and productive as a nation become wealthier.
Do you feel shame? China’s industrialization and capitalistic reforms have probably done more to alleviate poverty than any other state action. It’s one of the great stories of the late twentieth to early twenty-first century. One of the most tragic stories is that the same communist government holds billions hostage to that poverty by denying them access to the same reforms. One Chinese official claims that 82 million people in China live below the poverty line.  Those people, by the way, live under $1 a day, so they don’t drive cars or abuse their air conditioners and ruin the Earth. But Li Keqiang, premier of China, guessed that 200 million Chinese live on $1.25 a day or less.  If we applied the standards Americans typically use to measure, we would probably be looking at a population of poor far larger than the entire United States. But, hey, communists subsidize the inefficient solar panel industry with more dollars than we do.
Alas, in the United States process gets in the way. When Chait claims that politics are “fiendish,” he means Republicans are fiendish for their skepticism that curbing economic growth or signing on to some top-down state-driven plan is useful, doable, or needed. You won’t be surprised to learn, I imagine, that state intervention circumventing these Republicans and unilaterally implementing liberal policies is the ideal way to fix this mess and bring the Earth back into balance. Like the Chinese do it. China is not bogged down by “politics.”
Now, most Democrats will concede that markets wiped out much destitution around the world, but argue you can keep that wealth under a worldwide social engineering project that will fix the climate a hundred years from now. You can’t have it both ways. China can help ease climate change, but it will condemn billions to poverty. Or not. It can’t do both. To argue it can is economic denialism.
If there were any chance environmentalists could “win,” as Chait claims, rolling back hundreds of years of progress rather than waiting for the technological breakthroughs that will organically allow us to “transition” away from fossil fuels, the world would be in trouble. Thankfully, they can’t win. Not because Republicans hate science or because anyone Democrats disagree with is bought off by shady oil men, but because, in the end, neither they nor I nor you are giving up our lifestyles in any meaningful way.
For us, the Chinese, Indians, Nigerians, and everyone else, that’s great news.  The environmentalist is free to embrace  fantasy and then fatalism, or they can start figuring out ways to acclimate to this new reality.
Posted by Save Marinwood at 9:32 AM