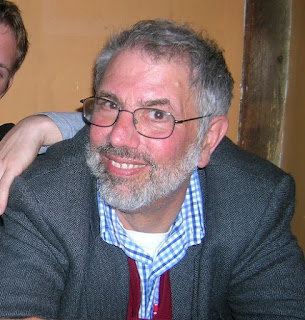 THE OLD SLAM, "There are lies, damn lies and statistics," comes to mind when reviewing the Marin Community Foundation's new web-available publication, "A Portrait of Marin."
The report's hallmark is cherry-picking statistics to justify MCF's preordained position that Marin County housing is based on racially segregated communities. The report is a work of political advocacy rather than professional scholarship.

The reality is that "Portrait" is intended as a tool toward remaking the very nature of Marin.
Inevitably it will be cited as a "scientific" basis for moves by the Department of Housing and Urban Development and the Association of Bay Area Governments to justify their goal: overriding Marin's towns' authority to establish their own zoning.

The report's key section is "Analysis by geography, race and ethnicity."

The "action agenda" in "Portrait" unequivocally states the end game: "Zoning laws that limit certain kind of development be suspended for the construction of a multifamily complex with units for low-income tenants and older adults. This approach is particularly appropriate where the zoning laws were originally designed to maintain racial segregation."

The MCF thesis is that since Marin communities don't mimic the racial composition of urban Bay Area, those towns are thus "segregated." The report uses census tract data to show in a seemingly neutral manner that people in more affluent communities are better off than those less prosperous.

True, but so what?

MCF's conclusion: If we just move lower-income people and those of racially defined "protected classes" to ZIP codes with higher incomes, all will be well. Perhaps not.

The report's authors manipulate statistics to justify the desired result. Two examples:
In trying to explain the impact of unequal distribution of educational resources, MCF compares two middle class schools: Redwood High in Larkspur to Novato High. Redwood spends $10,340 per student with high test scores while Novato spends $5,983 and its scores are average.
Somehow that's supposed to show the relationship between expenditures and educational result.
Ignored is the Sausalito Marin City School District. The small elementary school district spends significantly more per student in its non-charter classrooms than does Redwood.

If money is the answer, Sausalito Marin City should have outstanding results. Instead, while improving, their results remain below expectation.

Another metric is the authors' so-called "Human Development Index." It is composed of life-expectancy, education attainments and income.

San Rafael's Canal neighborhood is at the bottom, though counterintuitively, the report indicates that life expectancy of Marin Latinos at 88.2 years is higher than whites at 83.5 years.
The Canal tract does show the county's lowest education attainment rates and income.
Why might Canal residents have completed less college and earn less than white and Asian Marinites? Could it be that many just arrived from rural Mexico where education is poor? The "Index" proves nothing except restating the obvious.

The MCF-HUD-ABAG approach actually harms those they claim to help. Their discredited approach that for "protected classes" to move up the wealth index, government action such as curtailing local zoning, not personal responsibility, is the answer.

Local zoning has nothing to do with it.
Posted by Save Marinwood at 3:19 PM