Regional planners want to put 280,000 more people into San Francisco — and they admit that many current residents will have to leave…Social Engineering video

The threat of global climate change hasn’t convinced the governor or the state Legislature to raise gas taxes, impose an oil-severance tax, or redirect money from highways to transit. But it’s driven Sacramento to mandate that regional planners find ways to reduce greenhouse gas emissions in California cities.

The bill that lays this out, SB375, mandates that ABAG, and its equivalents in the Los Angeles Basin, the Central Coast, the Central Valley and other areas, set up “Sustainable Communities Strategies” — land-use plans for now through 2040 intended to reduce greenhouse gas emissions by 15 percent…

The notion of smart growth — also referred to as urban infill — has been around for years, embraced by a certain type of environmentalist, particularly those concerned with protecting open space. But now, it has the force of law…

And while ABAG is not a secret government with black helicopters that can force cities to do its will — land-use planning is still under local jurisdiction in this state — the agency is partnering with the Metropolitan Transportation Commission, which controls hundreds of millions of dollars in state and federal transportation money. And together, they can offer strong incentives for cities to get in line…
The vast majority of the housing that will be built will be too expensive for much of the existing (and even future) workforce and will do little to relieve the pressure on lower income people. But there is nothing whatsoever in the plan to ensure that there’s money available to build housing that meets the needs of most San Franciscans.

Instead, the planners acknowledge that 36 percent of existing low-income people will be at risk for displacement. That would be a profound change in the demographics of San Francisco… (more)

Projecting the future of a region isn’t easy. Job and population growth isn’t a straight line, at best — and when you’re looking at a 25-year window in a boom-and-bust area with everything from earthquakes to sea-level rise factoring in, it’s easy to say that anyone who claims to know what’s going to happen in 2040 is guessing…

But no matter which alternative you look at, two things leap out: There is nothing effective that ABAG has put forward to prevent large-scale displacement of vulnerable communities. And despite directing growth to transit corridors, the DEIR still envisions a disaster of traffic congestion, parking problems, and car-driven environmental wreckage…

ABAG has gone to some lengths to identify what it calls “communities of concern.” Those are areas, like Bayview Hunters Point, Chinatown, and the Mission, where existing low-income residents and small businesses face potential displacement. In San Francisco, those communities are, to a great extent, the same geographic areas that have been identified as PDAs….

“The projections don’t take into account social change,” Jason Henderson, a geography professor at San Francisco State University and a local transportation expert, told me. “And social change does happen.”…

Henderson argues that the land-use policy is flawed. He suggests that it would make more sense to increase density in the Bay Area suburbs along the BART lines. “Elegant development in those areas would work better,” he said. You don’t need expensive high-rises: “Four and five stories is the sweet spot,” he explained...

ABAG and the MTC have a fair amount of leverage to implement their plans. MTC controls hundreds of millions of dollars in transit money; ABAG will be handing out millions in grants to communities that adopt its plan. And under state law, cities that allow development in PDAs near transit corridors can gain an exemption from the California Environmental Quality Act….

Under SB 375 and Plan Bay Area, CEQA exemptions are available to projects that meet the Sustainable Community Strategy standards and are close to transit corridors. And when you look at the map of those areas, it’s pretty striking: All of San Francisco, pretty much every square inch, qualifies.

That means that almost any project almost anywhere in town can make a case that it doesn’t need to accept full CEQA review.

The most profound missing element in this entire discussion is the cost of all this growth…
Instead of looking at displacement as inevitable, and traffic as a price of growth, the planners could tell the state Legislature and the governor that it’s not possible to comply with SB375 — not until somebody identifies the big sums of money, multiples of billions of dollars, needed to build affordable housing; not until there are transit options, taxes, and restrictions on driving.

Short Takes: Tidbits on planning from around the Bay you need to know
Regional planning hits Chinatown

When regional planners at the Metropolitan Transportation Commission funded a study to create a bus-rapid transit system on Van News Avenue, they decided, in the interest of speeding the buses along, to allow only one left turn — onto Broadway.
That would turn Broadway into a much-busier thoroughfare — and have a huge impact on Chinatown, where there’s heavy pedestrian traffic. That, Cindy Wu says, is one of the problems with regional planning — it doesn’t always consider the impacts on existing, fully developed neighborhoods.

Wu is a planner with the Chinatown Community Development Center and a member of San Francisco’s Planning Commission. She’s concerned that Plan Bay Area, with its macro focus, ignores the micro — the people who already live in communities that will feel the pressure.

“Chinatown is performing amazingly,” she told me recently. There’s low car use, high density … all the things ABAG seems to want. And yet, it’s in the Priority Development Area, where new construction could lead to displacement. “It doesn’t get to the neighborhood scale, where people will be forced to control the impacts of growth.”

Gen Fujioka, policy director at CCDC, noted that the plans says people displaced from a San Francisco community like Chinatown can be accommodated elsewhere in the region. “Like that’s an acceptable alternative,” he said…  (more) 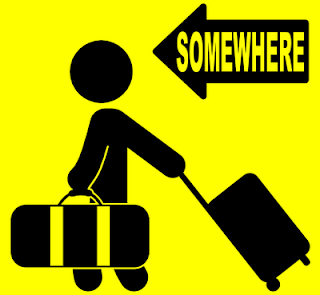 Posted by Save Marinwood at 6:42 PM