Here are the 20 most expensive places in America to die


Here are the 20 most expensive places in America to die 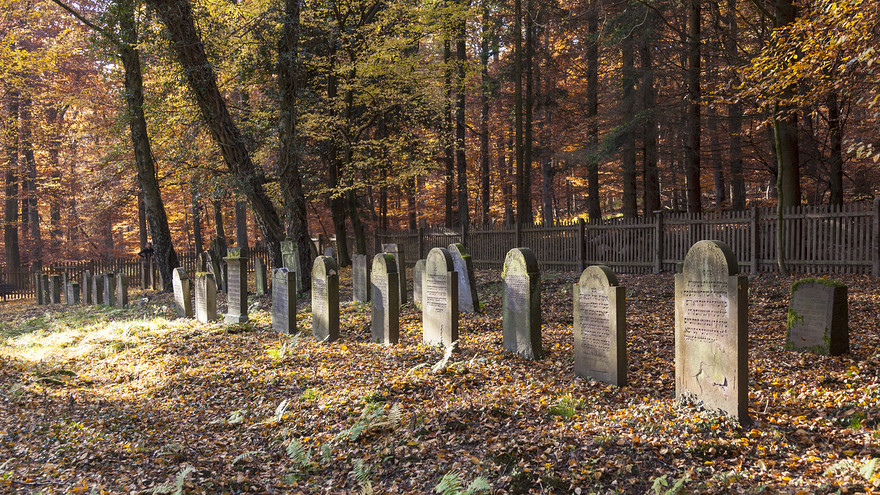 With the current relatively generous federal estate tax exemption of $5.49 million for 2017 — doubled if you are married — most folks are free of any federal estate tax worries. Also, President Trump’s proposed tax plan would eliminate the federal estate tax. And 30 U.S. states have no estate or inheritance taxes. That’s the good news, at least for those who don’t want to pay it.

The bad news? Some 20 states and the District of Columbia currently impose their own estate or inheritance taxes, or both, for 2017, and some of them have exemptions well below the federal amount. If you live in one of these jurisdictions, you could be exempt from the federal estate tax but still exposed to a significant state death tax hit.

On Wednesday, a group of 130 individuals — including Robert Crandall, the former chairman of American Airlines AAL, -0.61% Arnold Hiatt, former CEO of Striderite and Leo Hindery Jr., former CEO of AT&T T, -0.27% — released a letter saying estate tax is only paid by a small fraction of the wealthiest Americas. “Now during a time of stunning wealth inequality, Congress wants to abolish the tax,” Morris Pearl, chairman of the group and former managing director at BlackRock.

Don’t miss: Retiring? How to find a tax-smart state to live in

Given state-level estate taxes, however, you may want to be careful where you die. If you are considering moving to avoid state death taxes, be sure to consider all the potential tax hits in the new state, including those that will pertain while you are still alive. Finally, if you decide to move to a lower-tax state, be sure to do what it takes to establish that you are no longer a legal resident of your old higher-tax state. Otherwise, your old state may claim that you still owe taxes back there. 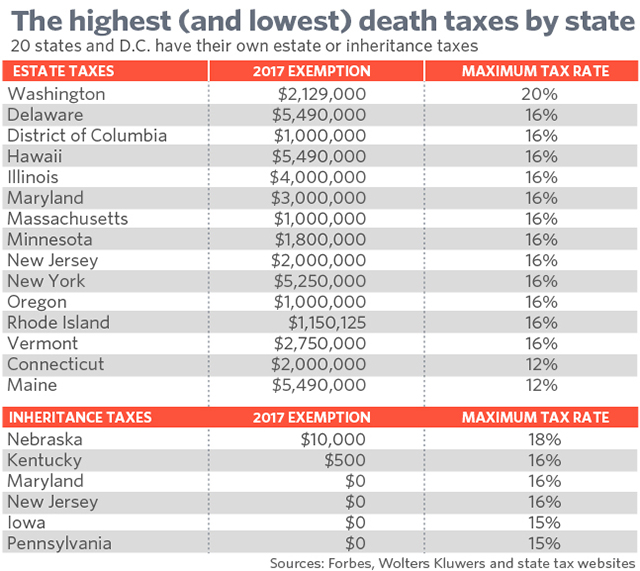 14 states and D.C. have their own estate taxes

The lowest maximum estate tax rates are 12% (Connecticut and Maine). The highest rate is 20% (Washington). The other states and D.C. all charge a 16% maximum rate.

For 2017, 14 states plus the District of Columbia have their own estate taxes (as opposed to inheritance taxes). Like the federal estate tax, these state-level estate taxes are based on the entire value of your estate in excess of the applicable exemption. Exemptions vary from a low of $1 million to a high of $5.49 million.

Delaware, Hawaii, and Maine have $5.49 million estate tax exemptions for 2017, which is the same as the federal exemption. New York’s exemption is $5.25 million. So in these four states, there is much less risk of unanticipated estate tax exposure. That said, wealthier folks in those states can be exposed to both federal and state estate taxes. Massachusetts, Oregon and D.C. have exemptions of only $1 million.


What Is the Public's Opinion on Tax Cuts?

Some more good news: property passing to a surviving spouse is exempt from state inheritance taxes, and only Nebraska and Pennsylvania tax inheritances passing to children and grandchildren.

Maryland and New Jersey charge both an estate tax and an inheritance tax. In both states, the inheritance tax exemption is zero and the maximum tax rate is 16% (in addition to the 16% maximum estate tax rate).

Thankfully, the federal and state tax rates are not just stacked on top of each other — because state inheritance and estate taxes are subtracted from the value of your taxable estate in calculating the federal estate tax. Despite the subtractions, you can wind up with some pretty horrific effective combined tax rates, if you add up federal and state estate taxes, and state inheritance taxes. The federal estate tax rate is a flat 40% on the value of your estate in excess of the exemption ($5.49 million for 2017).

Editor's Note:  Senator Scott Wiener (of SB35 fame) is considering putting a bill for an estate tax in California if the estate tax is repealed with the Federal Government.
Posted by Save Marinwood at 12:00 PM