DOES THE TAX CODE FAVOR HOMEOWNERS?

DOES THE TAX CODE FAVOR HOMEOWNERS? 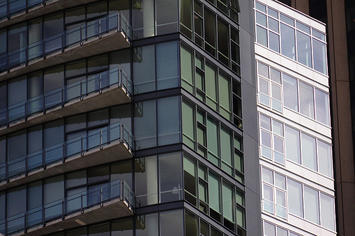 For many years, a common complaint has been that the provisions of the Federal Internal Revenue Code, and most state income tax codes, favor homeownership in the form of major tax deductions for mortgage interest and property taxes. With the exception of those who reside in government housing of some type (subsidized apartments, public college dormitories, military housing, jails and penitentiaries), the homeless, almost all U.S. residents either live in a home they, or their family, owns or is paying off the mortgage, or they rent. Therefore, when looking at tax subsidies for home ownership, the valid analysis is not just to total these subsidies, but to compare home ownership subsidies to the tax benefits to owners of residential rental property – and, more to the point, the renters who live in them.
Although the widespread conventional wisdom is that homeowners get huge tax benefits, the reality is that renters actually do far better. Typical is this statement by Kenneth Harvey in the LA Times:

(See also these from the Brookings Institution and Matthew Desmond in the New York Times.)
The key in the above is the word “direct.”
Almost every homeowner, and many non-homeowners, is very aware of deductions for home mortgage interest and property taxes from Federal income tax returns. Further, they know that residential renters do not have mortgages, nor do they receive property tax bills, so they have nothing to deduct on their tax returns.
But it simply never occurs to many people (particularly renters) that their landlords do have these tax deductions, and many more – and that the resulting tax savings to the landlord are largely passed through to the renters through lower rents. There are even CPA’s that get caught up in this error.
Yes, homeowners can deduct mortgage interest and property taxes – and virtually nothing else in most cases (Note 1). In contrast, landlords can deduct these, plus depreciation on the capital cost of the property and, depending on the details of the rental agreements, insurance, maintenance and repairs, most other taxes and assessments, utilities, and many other valid business expenses.
I’m going to focus on the third of a recent series by Devon Marisa Zuegel (Note 2), “Exempting Suburbia – How Suburban Sprawl Gets Special Treatment in our Tax Code.” I’m using Ms. Zuegel’s work because she puts so many of the usual flawed arguments in one place.
This paper has three major headings; the first is: “Homeowners get major tax breaks” – which is, of course, true, but the comparable, even more favorable, tax treatment of residential rental property and rents is absent from her paper.
The second, “Profits on home sales is not taxed;” is, as Ms. Zuegel acknowledges, not totally correct. Under current law, capital gains on sales of homes where the taxpayers meet the requirements are not taxed on the first $250,000 gain for singles and $500,000 for couples. She also points out that, pre-1997, taxes on sales of homes could be delayed – or, in many cases, even eliminated entirely – by reinvesting in a home of equal or higher value.
However, for landlords, the art and science of minimizing taxes on disposal of residential rental property is very well developed. For example, a “Section 1031 like-kind exchange” works almost exactly as the pre-1997, buy-a-more-expensive-home-and-don’t-pay-any-taxes provision – except that, it applies to residential rental property. The residential real estate portion of this provision is still very in place and is well utilized.
Also, if the “active” owner of a residential rental property sells at a loss, that is tax-deductible; if a personal home is sold at a loss; no such benefit is available.
The third heading is “New construction is a tax shelter.” Again, true, but, the points above clearly make residential rental property a far bigger tax shelter than home ownership.
Interesting, Ms. Zuegel leads here with a quote from Brookings fellow Steven M. Rosenthal in the New York Times, “There’s probably no special interest that’s more favored by the existing tax doe than real estate.” Somehow, she misses that this article is entirely about the real estate “industry” – such as the likes of the National Multifamily Housing Council – the trade association of apartment owners, managers, developers, and lenders – with only one brief mention of home ownership in the article.
One very important point to keep in mind is that the value of tax deduction to a taxpayer is directly proportional to the taxpayer’s marginal tax rate and that while there are certainly home owners in the highest tax brackets, there are also many in lower ones. This explains why many owners of residential rental property covet it since they generally are in high tax brackets where the deductions for these rental properties have major value.
What is even more important is that many renters pay little, if anything, in Federal and state income taxes and, even for those that do, many do not itemize, and/or are in low tax brackets, and would receive little, if any, benefit from tax deductions on their own returns. In contrast, if their high-tax rate landlord gets major benefits from such deductions, the renters get a major share of these benefits passed on to them through lowered rents.
An interesting comparative perspective can be found in a recent paper by Margaret Morales for the Sightline Institute, “Why Seattle Builds Apartments, But Vancouver, BC, Builds Condos:”

“When it comes to condominium development, Cascadia’s two largest cities couldn’t be more different. Last year nearly 60 percent of new housing starts in the city of Vancouver, BC, were condominiums; meanwhile, Seattle saw no new condominium buildings open. And that’s not changing anytime soon: less than 10 percent of all building slated for downtown Seattle in the next three years will be condos. What’s the difference—why the blossoming of condominium construction in one city and the almost complete dearth in the other? The short answer is economics. In Vancouver, apartments are saddled with an unfavorable tax code, making condos the more lucrative multi-family housing investment even despite high rental demand. In Seattle’s skyrocketing rental market, one that’s climbed even faster than the condo market in recent years, apartment buildings are much more financially attractive, while condos come with bigger risks and, typically, lower returns.”

While Ms. Morales discusses other factors that impact the huge difference between home ownership and residential construction offerings in Seattle and Vancouver, it is very clear that she sees the difference between U.S. and Canadian tax treatments of these as the most important factor.
The conventional wisdom is that the U.S. (and most state) tax codes provide great advantages to U.S. homeowners, advantages that can be seen as subsidies of home ownership. While this is certainly true, it is, unfortunately, very rare that the authors and advocates who make such statements take their analysis any further to the real – the whole – truth: that the U.S. tax code greatly favors almost all owners of real estate – and that, in many cases, there are far greater advantages for owners of residential real estate in the form of many more deductions, of greater value, than the mortgage interest and real estate taxes that a homeowner can utilized.
Also, because of these greater tax advantages, residential real estate has been a major tax-advantaged investment for high-income taxpayers for decades, often combining positive cash flow, little or no current income tax payments, potential for long-term gains, and, frequently, opportunities to delay, minimize, or even escape taxes on ultimate disposal. Because an effective real estate market demands that the major share of these tax advantages be passed on to tenants in the form of lower rents, much of these residential real estate tax breaks ultimately wind up favoring tenants – who are often in such low income tax brackets, if they pay income taxes at all, that they would receive no significant advantages if they directly paid real estate loan interest, property tax, depreciation, insurance, utilities, or any of the other expenses that are deducted – in a major way, for the tenants’ benefit – by their landlords.
Yes, homeowners get significant tax breaks – but renters are generally the beneficiaries of far more.
Note 1: Yes, a fire, earthquake, flood, etc. could produce a major casualty loss for tax purposes, this is hardly a common situation anticipated by homeowners when they entered into home ownership.
Note 2: Ms. Zuegel indentifies herself as a software engineer at Affirm, a section leader for introductory programming classes at Standard, and Editor Emeritus of The Stanford Review, who blogs on a number of topics:
http://devonzuegel.com/. This is the third of a three-part series by Ms. Zuegel. The first two, “Subsidizing Suburbia – A Forgotten History of How the Government Created Suburbia” and “Financing Suburbia – How Government Mortgage Policy Determined Where You Live,” are both accessible through the above link. While the primary focus of these is an exposé of U.S. governmental actions which Ms. Zuegel believes have led to the undesirable result of American suburbia, my instant purpose is on the impacts of tax policy on home ownership vs. renting; therefore, the relative pro’s and con’s of suburbia is a topic left for another day.
Tom Rubin has over 35 years in government surface transportation, including founding the transit industry practice of what is now Deloitte & Touche, LLP, and growing it to the largest of its type. He has served well over 100 transit agencies, MPO’s, State DOT’s, the U.S. DOT, and transit industry suppliers and associations. He was the CFO of the Southern California Rapid Transit District, the third largest transit agency in the U.S. and the predecessor of Los Angeles County Metropolitan Transportation Authority.
Posted by Save Marinwood at 8:28 PM