Gentrification: Can Portland give displaced residents a path back?

Gentrification: Can Portland give displaced residents a path back? 1 / 33
North Williams Avenue along with North Vancouver Avenue (shown here), once home to black businesses and clubs, are now the site of construction cranes and trendy restaurants. Portland is hoping to make amends and invest tens of millions in housing projects in the inner city to combat displacement of residents and help bring people back to the area who've since moved. Kristyna Wentz-Graff / Staff
Kristyna Wentz-Graff | The Oregonian/OregonLive
PrintEmail 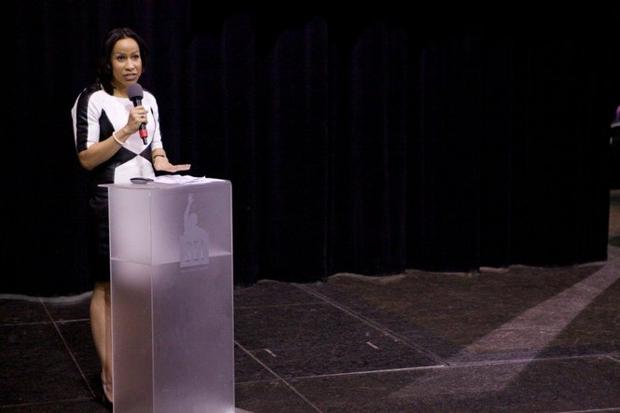 PORTLAND, OREGON - January 30, 2014 - PAALF Director Cyreena Boston Ashby speaks before introducing the graduating members of the Leadership Academy. Emily Jan/OregonianThe Oregonian
Cyreena Boston Ashby, who led the Portland African American Leadership Forumduring the Trader Joe's controversy, said it's been interesting to watch housing suddenly become the city's top priority two years after her group attracted death threats and hate mail for raising the issue.
"People weren't ready to listen," Boston Ashby said, "more specifically, because it was a group of black people telling them this."
Hopson agreed. "When white folks are talking about it and needing it," he said, "then something is going to get done about it."
Saltzman said the Trader Joe's dispute, rampant development on North Williams Avenue and the hot real estate market combined to turn the tide. "It kind of reached a flashpoint and got our attention, got the mayor's attention," he said.
What's next
Many questions remain.
At a recent meeting of a city task force assigned to oversee how the $20 million piece is spent, city staffers acknowledged they have a lot of work to do, including setting up City Hall oversight of the program. The plan also does nothing to address helping low-income residents in neighborhoods where gentrification could hit next.
Committee member Katrina Holland peppered staffers about the preference policy. Will it last forever? Will it expand to areas beyond North and Northeast? Those details are still undetermined.
In an interview, Saltzman said he wants to see how the policy works "but certainly it could be applicable in other areas as well."
Despite all the unknowns, Hopson said Portland's African American community is optimistic for the first time in years. City officials have built some good will with constituents used to being burned, he said.
Hales said he's aware of the distrust, especially the "very unhappy history" between inner-city residents and the Development Commission. The mayor, who's not seeking re-election in 2016, said he's determined to show the area that good things are coming. "I'm going to make damn sure that we deliver at least $20 million worth of housing benefits," he said.
The City Council will hear a detailed presentation on the preference policy in February. The first units under the plan are expected to become available in 2017.
Winchester, meanwhile, hopes she can qualify for the preference policy. The down-payment assistance could also open a door: "I would love to buy a house," she said.
After the basketball games, she drove home through neighborhoods she barely recognizes anymore. Still, she said, she wonders every day if she can find a way back.
"Every week or every other week, a new building or complex is coming, and I think about that," she said. "I wonder: What those are going for?"
-- Andrew Theen
atheen@oregonian.com
503-294-4026
Posted by Save Marinwood at 12:00 PM