How to urbanize Marinwood-Lucas Valley one bite at a time 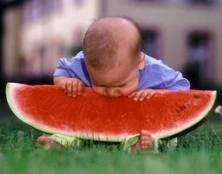 ""Question: "How do you eat an elephant?"

The Board of Supervisors are beginning to urbanize Marinwood-Lucas Valley by a series of small bites too.   It has already begun.


Here is how they may "eat the elephant":

The previous private developer of Marinwood Plaza succeeded in getting the community to agree to a private housing development with 20% affordable housing with pictures of beautiful Mediterranean stylized plaza that would feature a fountain and a gathering spot reminiscent of a European city.  The nostalgic view of village life of a bygone era is appealing to anyone.  GOAL:  Change zoning designation to HOD (Housing Overlay District). Secure state and federal grant money by creating a Priority Development Zone for Marinwood.

Stage Two:  Secure property from Hoytt development. (Bridge Housing enters pre-sale agreement in 2012) Make them a deal they cannot refuse. Attract a Farmer's market and a neighborhood market with unusually attractive terms guaranteed with government funding and programs. .Bring in an affordable housing developer with government money to develop a plan.  Assemble of group of supporters and call them "neighborhood advisors" to create the illusion that the public supports the new development.  Meet privately, so controversial elements of the plan do not leak to the public to avoid opposition..

Stage Three:  Announce that the project will move forward (in progress) with the "full support" of the community by gathering consensus among "neighborhood advisors".  Keep the window of "public scrutiny" to a minimum to overwhelm any potential opposition.   Hide the full economic impact on the taxpayers to pay for new schools, police, fire, water, sewage and water infrastructure. Streamlined CEQA and design regulation will allow problems to go ahead unnoticed.

What is the future YOU want?  Are you willing to learn more about the Housing Element? Are you willing to stand up for the community?   Get active.  Help us spread the word to our neighbors.  Join our growing movement to Save Marinwood-Lucas Valley.