Spy Cam at the Marinwood CSD 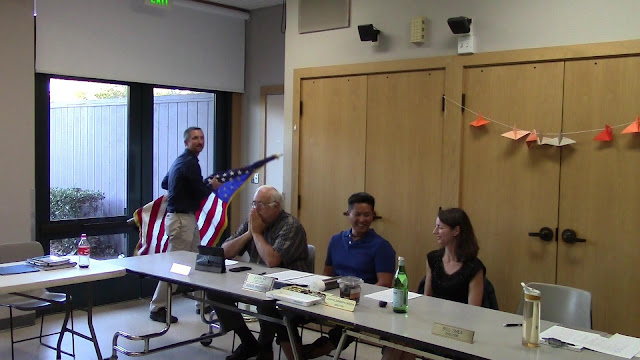 At the June 8, 2106 Marinwood CSD meeting,  a citizen requests accurate meeting notes instead of political spin documents now provided to the public.  He is denied the request by Justin Kai who says it is not required under Rosenbergs rules.  Kai admits that the district has been discussing the implementation of video in private.

Why not discuss video recording in an open session??

For the record, the Marinwood CSD is denying that it had anything to do with surveillance video on July 12, 2016.