What to do about Trolls and Bullies on Nextdoor and Elsewhere in our Life. An Open Letter to my Neighbor 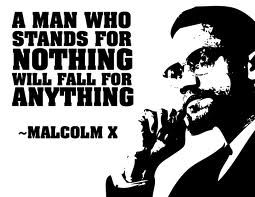 I have been watching the dispute on Nextdoor and yes I am offended by (nextdoor.com troll)'s ridiculous accusations.  I think you can take comfort that he is making himself to be a bully and an idiot. This is usually the case, when he gets worked up.  I get daily anonymous emails from him which I delete.

I have learned something about these internet bullies or trolls.  First,  any interaction you have with them will invite a harsh reaction.  Second, they usually accuse you of the exact same thing they are themselves guilty of doing.  Third, they like to operate under the cloak of anonymity and de- personalize their target so they feel they escape culpability i.e. they are cowards.  Fourth, no amount of reason will make them reasonable.  The purpose of their conflict is not to persuade others but an ego match to defeat others.  Fifth, they will always have the last word.  Let them have it.

When I encounter a troll, I do not feel obligated to respond.  I merely ask myself if I have successfully articulated my position and addressed the weaknesses in my argument.  If the answer is "yes" ,  then I don't feel obligated to continue dialog. I trust that intelligent people can distinguish a bully from a genuine critic.

I have been accused of being a troll.  This is because I am unafraid to take a public stand on controversial issues.  I try never to fall into the trap of personalizing my arguments and thereby taking the focus off the object of controversy.  Frustrated by my refusal to back down, they have called for the illegal censure and my removal from public meetings.

Bare truth is tough to bear.

I will not cower from my public engagement. I am invigorated by what I see conformism as a reaction to a time of great change in our community.  "If everyone shuts up and trusts our government" these people tell us, "everything is going to be okay".    I don't believe this for a second.  My "natural non conformist personality" helps me as an activist to speak out against injustice.

I will film the truth. I will participate in free speech as I see fit.  Damn the torpedoes!

Posted by Save Marinwood at 9:19 AM