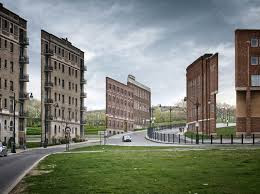 Comment from "Marin Voter" on the Marin IJ editorial, "Marinwood Plaza needs a new Shared Vision" HERE
================================================================
Marin Voter
At the time, that plan was seen as a model coming together of environmentalists, affordable housing activists and neighbors."
What 'neighbors' were in favor of low income housing there? what's really driving the building of low-income housing? Is it corporate tax avoidance?
http://neweconomicperspectives...
Here's how the scam works: [Bottom line:20-30% annual return.] Full version follows:
"For a long time, the federal government has been trying to help low income citizens be housed. The predominant current strategy is called “Low Income Housing Tax Credits” (affectionately referred to as “Lie-Techs.”)
Each year the federal government declares a certain dollar value of tax credits (a dollar for dollar cancellation of taxes due) and distributes them to the states. The state housing authorities make these federal tax credits available to regional housing developers who bid for the tax credits by submitting proposals to build specific multi-family rental housing projects. To obtain the tax credits, the developers have to agree, basically, to rent the housing units they create to citizens below stipulated income thresholds—and further agree to charge them a maximum rent that is below a stipulated percentage of their income.
Next, the developers form an LLC partnership with investors—usually corporations with significant federal tax burdens. The structure of the LLC is that the corporate investors make a “capital contribution” to the partnership (cash—which is used to pay for the building of the housing project) and receive, in return, 99.9% of the tax credits allocated to the project, plus profits and depreciation write-offs. The capital contribution investors make is typically 75-85% of the value of the tax credits, which are then distributed to the investors over a 10 year period.
Consequently, in each of those years the investor extinguishes
a dollars’ worth of federal taxes for only 75-85 cents, putting him
ahead of where he otherwise would have been. In addition, the investor is able to take a depreciation write-off of the housing facility itself, reducing tax burdens further. Overall, as an investment, this amounts to a 20-30% annual return.

Editor's Note :Exactly! This is the housing bubble all over again where investors get rich on the taxpayer dime. It is all smoke and mirrors built on the promise of "affordable" , "social equity", and "environmental benefits". Sorry to burst some bubbles folks. This is really about power and money. Surprise surprise.
Posted by Save Marinwood at 10:31 AM