Editor's Note: Communities all across the country are having their local government and property rights radically altered by regional governments. This will cost the suburbs their independence and local democracy under the guise of "sustainable cities. Here is what is happening in Minnesota. Note how it is earily similar to Plan Bay Area.

Twin Cities suburbs should beware of the Met Council

Crusaders for ‘regionalism’ want a more concentrated, centrally planned Twin Cities. Those who don’t may never know what hit them.

Government planners will have power to steer new jobs into central cities and first-ring suburbs, and to set what amounts to quotas for people of different incomes and races in neighborhoods and schools throughout the metro area. Outside the urban core, highway conditions will deteriorate and congestion — encouraged by government — will get worse.

As these changes unfold, you’ll never be sure how the freedom and quality of life you once took for granted slipped away. Plenty of elected officials will be as frustrated as you are. But mysteriously, they too will stand powerless as choices constrict.

What will be the engine of this transformation? An out-of-the-limelight agency we generally think of as running the buses and occasionally approving a new runway at the airport: the Metropolitan Council.
In coming months, the council will release a draft of “Thrive MSP 2040” — its comprehensive plan to shape development in the seven-county region over the next 30 years. Powerful forces are coalescing to use the document as a tool for social planners to use to design their vision of the perfect society — and to impose it on the rest of us.

A huge, unchecked power grab is about to take place beneath our noses. But mayors and city councils will find it hard to push back. That’s because the Met Council will increasingly wield the power to decide which municipalities thrive and which decline. It will both write the rules for development and hold the purse strings.
The Met Council was established in the mid-1960s at the behest of Republican-leaning policymakers, who believed regional planning of infrastructure could enhance efficiency. Its reach has grown dramatically, and today it allocates funds (state, federal and regional) among the region’s 187 municipalities for projects ranging from highway improvement to bridges to sewer lines. In the process, the council’s role has expanded well beyond its original mandate, as government so often does.

We can expect MSP 2040 to put this process on steroids, giving the agency a license, over time, to dramatically remake the entire region.

The forces shaping MSP 2040 — whose final vision the council will approve in 2014 — are part of a growing nationwide movement called “regionalism.”

Regional planning of service delivery and infrastructure is important, of course. But “regionalism,” as an ideology, is not, as its name suggests, about promoting the good of a region as a whole. It’s about metro centers — the urban core and inner-ring suburbs — usurping control over outer-ring communities to advance their own interests and, in the process, effectively replacing local elected officials with a handful of regional governments.

In the case of the Twin Cities, the ramifications for democratic self-rule are profound. The Met Council’s 17 members are not elected. Though they come from different parts of the seven-county area, they don’t represent the needs and interests of voters there. They are all appointed by Gov. Mark Dayton, and they owe their allegiance to him.

The press for regionalism is coming from the highest power in the land: the Obama White House. The Obama administration’s campaign to build the regulatory framework to implement the movement’s agenda is documented in political analyst Stanley Kurtz’s 2012 book, “Spreading the Wealth: How Obama is Robbing the Suburbs to Pay for the Cities.”

The Twin Cities may be a showcase for how far the regionalist crusade can go. Our Met Council is unique, and we already have regional tax-base sharing — one of the movement’s most sought-after tools.

An army of academics, environmental organizations, foundations, and transit advocacy and left-wing religious groups is working to ensure that MSP 2040 greatly expands the Met Council’s regulatory control. And there’s a movement underway to organize politicians from inner-ring suburbs and Minneapolis and St. Paul, with the goal of taking on the outer-ring suburbs and forging a permanent legislative majority for the regionalist agenda.

Regionalism is driven by a core ideological conviction: The cause of the poverty and social dysfunction that bedevil America’s cities is the greed and racial bigotry of suburbanites — especially those in prosperous, outer-ring suburbs, which are viewed as unjustly excluding the poor. Regionalists believe that financial aid for the inner ring won’t remedy this injustice. A profound change in governance is required.

What sort of change? The title of a book by regionalist guru David Rusk puts it bluntly: “Cities without Suburbs.” In regionalists’ view, suburbs with their own tax bases are, by definition, a menace to cities, and the distinctions between the two must be wiped out as completely as possible.

Regionalists view metrowide “economic integration” as one of government’s primary responsibilities. Their plan to accomplish it is twofold: Disperse urban poverty throughout a metro area via low-income housing and make suburban life so inconvenient and expensive that suburbanites are pushed back into the city.

“Sustainability” means policies that would override market forces to ensure that in the future, the great majority of new jobs, economic development and public works projects are funneled into the metro area’s urban core and inner ring — where, not coincidentally, regionalists’ own political base is concentrated. “Sustainable” policies promote high-density, Manhattan-style living, and attempt to wean us away from our cars and push us to walk, bike or use public transit to get to work.

As one critic — speculating on MSP 2040’s likely outcome — lamented: “Do we all have to live in a 1,500-square-foot condo above a coffee shop on a transit line?”

Suburbanites will disproportionately shoulder the costs of this socially engineered transformation, paying more in taxes and getting less back in infrastructure and public services.

Purse strings
Regionalists’ strategy for imposing their agenda hinges on giving regional bodies like the Met Council the ultimate trump: the power of the checkbook. The Obama administration’s “Sustainable Communities Initiative” (SCI) provides a model. SCI channels federal funds for land use, transportation and housing projects through regional bodies. The catch is that, to participate, municipalities must embrace redistributive “equity” goals.

The Met Council already has announced that “equity” and “mitigating economic and social disparities through regional investments” will be top priorities of MSP 2040. This explicit embrace of social engineering goals appears to signal an intent to initiate what could be a virtually limitless remake of our metro area.

Special-interest groups are lining up to lobby for proposals to embed “equity” and “sustainability” criteria in Met Council plans and/or funding criteria. These proposals include creating one giant seven-county metro school district to facilitate apportionment of students by race and income, and ensuring that “at least 70 percent of projected growth in population and households” in the next 30 years takes place through “infill and redevelopment of already urbanized land.”

In the future, if Prior Lake or Anoka want to get a grant to expand a major regional highway, officials there may need to demonstrate that their city meets the council’s “equity” criteria on low-income housing and doesn’t allow “exclusionary” zoning, instead of just showing that the project would improve safety or reduce congestion.

Over time, demands could escalate. Eventually, for example, a municipality may have to meet onerous “carbon footprint” or “clean energy” requirements to get approval for a new sewer line. Pressure will mount to make state and federal aid of all kinds contingent on meeting Met Council social planning dictates.
Most likely, the council will continue to operate under the fiction that cities have a choice. Yet a city council or a county board that declines to comply with “regionalist” criteria — citing its citizens’ needs and preferences — would ensure that funds and approval for improvement would stop, and so would remain frozen in time.

Advocates insist that the Twin Cities must embrace regionalist policies to remain “economically competitive.” In fact, top-down planning by unaccountable bureaucrats that distorts market forces is likely to constrict overall prosperity and stymie development. Ironically, it’s also likely to increase “sprawl,” as people flee to cities like Delano or Elk River to get beyond the Met Council’s iron grip.

Most importantly, the direction the Met Council is heading is inconsistent with our deepest beliefs as a people. The American dream is about striving for a better life through economic growth, not redistribution of wealth. Regionalists’ Orwellian appeals to “equity” and “sustainability” are hostile to our cherished traditions of individual liberty, personal responsibility and local self-government.
------
Katherine Kersten is a senior fellow at the Center of the American Experiment. The views expressed here are her own. She is at kakersten@gmail.com. 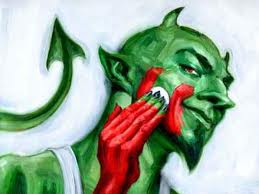