Smart Growth: Smart or not?

Smart Growth: Smart or not?


Debunking the myths of sustainable growth
"Smart Growth" is an urban planning movement that encourages high-density development in urban areas near transportation hubs in the hopes that suburban sprawl will be discouraged and folks will use their cars less. The terms "sustainable growth," "new urbanism," and "transit village" are also used to describe this process that hopes to achieve continuing growth that is pedestrian and community friendly, while being environmentally "smart." 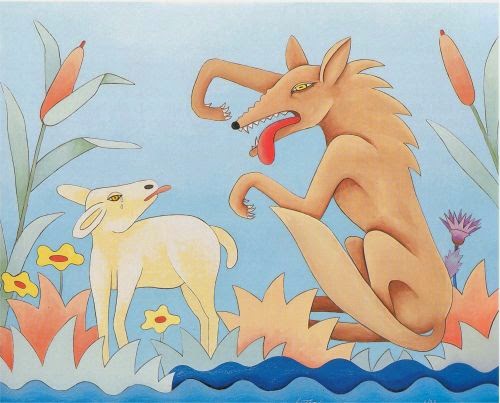 This is accomplished by "relaxing" zoning laws, environmental impact reviews and other pesky regulations that might impede growth. People living in the areas targeted for new high-rise, high-density developments are often labeled "Nimbyís" (not in my backyard) for demanding community control over planning. Most residents who find massive developments circling their homes oppose the loss of quality of life in their neighborhoods and feel powerless in the path of this run-away train known as "smart growth."

Living next to a subway station and a redevelopment project area (currently under construction: 10-story office tower, 240-room hotel, 20-plex theater, and a proposed "transit village") gives a particular group, Neighbors For Responsible Redevelopment (south of San Francisco, Calif.) a personal perspective on what can go wrong with "smart growth." We understand firsthand the necessity of protecting existing communities from economic opportunism.

Land use decisions are a local matter, usually in the hands of only a few individuals on City Councils (often serving a dual role as Redevelopment Directors) who make the appointments to the Planning Commission. Local politicians are often more in tune with corporate interests than with their constituents, who have very little information or access to the process and no vote on planning decisions. Developers need only dazzle a handful of city council members to take over a community. If there is anything smart about this plan, it is that big business listened and learned from the call of environmentalists to "Think Globally, Act Locally." Where power and money is involved, the devil is in the details.

Redevelopment and smart growth often target our lower-income, inner-city neighborhoods where we seniors, people of color, recent immigrants and working class people live. Our area just happens to be in the older part of town, near transportation hubs. Itís easy to put a "smart growth" spin on developersí efforts to seize this valuable land for private use. Redevelopment agencies are a likely vehicle for carrying out the high-density, transit-related urban development promoted by smart growth. Yet, redevelopment law does not insure methods for fair land acquisition, adequate community involvement, or financial oversight.

Equating public good and the use of eminent domain with "economic vitality," "most viable use," or "smart growth" opens the door to abuse. Redevelopment agencies can use eminent domain to seize valuable property from residents and small, local businesses to amass in larger parcels to deliver to developers for high-rises. While cities can only use eminent domain for a clear public purpose (such as a school or fire station), redevelopment agencies can use those powers for any purpose.

Redevelopment agencies and city councils give public funds as incentives to private, for-profit corporations without voter approval. Public-private partnerships often have less to do with increasing affordable housing, easing traffic congestion, or providing good jobs for the surrounding community, and more to do with corporate welfare and a large parcel land grab for big business.

The "pro-growth" scenario often proceeds as follows: In the older, less affluent parts of a city, peopleís homes and businesses are displaced by high-rise, mixed use developments, corporate franchises, luxury apartments and upscale shopping areas. The trades and family-owned businesses are replaced by chain stores with their minimum wage retail and service jobs.

The locals didnít see it coming. Cities may require mailed notices within only a few hundred feet of a proposed project that will drastically change zoning. A handful of city council members cast the deciding vote over the objections of residents. Suddenly a high-rise is under construction next to our homes and everyone wonders, "How did this happen?" A neighborhood is totally transformed. The local shoe repair shop or Mom and Pop deli canít afford the rent at the new project and they donít fit the new "tenant mix." New high-rise housing is primarily market rate. The few (15% required) moderate-income units are calculated on a regional basis, not on the lower income level of the community where they are built.

In a redevelopment area, the consequences are worse. Rather than allowing neighborhoods to grow and change over time in the free marketplace, redevelopment agencies can force people out of their homes and businesses by eminent domain and rapidly gentrify the community. Businesses and homeowners who lose their property can challenge the so-called market-rate price offered by the city as fair compensation, if they have the personal resources to fight big developers and city hall in court. (In California, less than 1% of the people who challenge eminent domain are successful). Many of the people who lose their homes to eminent domain may not be able to afford even the few lower income housing in new developments.

Is smart growth really a vehicle for big business to use the passion of environmentalists and the power of local government to seize valuable, scarce private property that is owned by someone else? Could the property owner be your 80 year-old immigrant grandmother who spent a lifetime saving to earn a small parcel of the American Dream? Why do we assume growth must be promoted at any cost? How can "livability" and environmental protection benefit from a "build it and they will come" mentality?
The assumption that community culture, quality of life, infrastructure, and carrying capacity of the land will not be damaged by unbridled growth is as false now as it was in the past century. We truly need to examine the economic pressure behind these assumptions. Who is benefiting from the growth and who is paying the cost? Each project must be held to a litmus test to see if it is truly "smart" growth. Is growth in the interest of the communities where projects are built or in the financial interests of international corporations who wield a great deal of political power?

In the year 2002, further development in already densely populated urban areas is not sustainable. To use the term "sustainable" and "growth" together is an oxymoron. Unrestrained growth is not sustainable ñ itís as false as saying "unlimited resources." We must insure that public scrutiny will determine if further growth is possible or desirable.
Infill development and vertical sprawl are overtaxing urban environments. Increased population places significantly higher demands on limited natural resources and infrastructure. If environmentalists have learned anything, itís the truism that someone is always downstream. Unrestrained urban development will have its repercussions on adjoining ecosystems.

Recent reports in California show that we may have already built beyond the capacity of our water systems and the state legislature is taking steps to limit growth to identified water resources. And yet, in the San Francisco area, the Association of Bay Area Governments is promoting a 50% growth influx to the area and calling their plan "Sustainable." Can we assume that more affluent new residents would rather drive their personal cars and further clog the roadways? Placing housing near rapid transit may slightly increase individual public transportation usage. However, If you dramatically increase the communityís total population in high-rise buildings, you increase overall congestion.

What do corporate franchises have to do with living wage, and transportation efficiency? Mixed usually means market-rate condos with minimum wage retail. In the San Francisco Bay Area, will all this high-density housing supply an internationally recruited workforce in abundance for corporations, keeping wages down and competition among workers high? Will displaced working class folks be commuting on the subway to run the espresso machines and clean the toilets for the "new economy?" The regional need for affordable Bay Area housing is often used by city administrators to mask an agenda to increase sales tax by opening the door for corporate franchises in these developments. It is a myth to say that most of these developments are providing a living wage and keeping new, more affluent residents out of their cars. Public transportation is more likely to be used to import lower-income people from other areas to work at minimum wage retail and service jobs in these mixed-use projects. These minimum wage workers are forced to use public transport by economic necessity.

Can we plan reasonable growth without sacrificing the environment, social justice, and community culture in urban areas? Can we have truly affordable housing and progressive urban design? We must safeguard the rights of vulnerable citizens and weigh environmental impacts if we are to call this planning process just or smart. We must ask ourselves: Smart growth? Smart for whom?