Are Millennials Turning Their Backs on the American Dream?

Are Millennials Turning Their Backs on the American Dream? 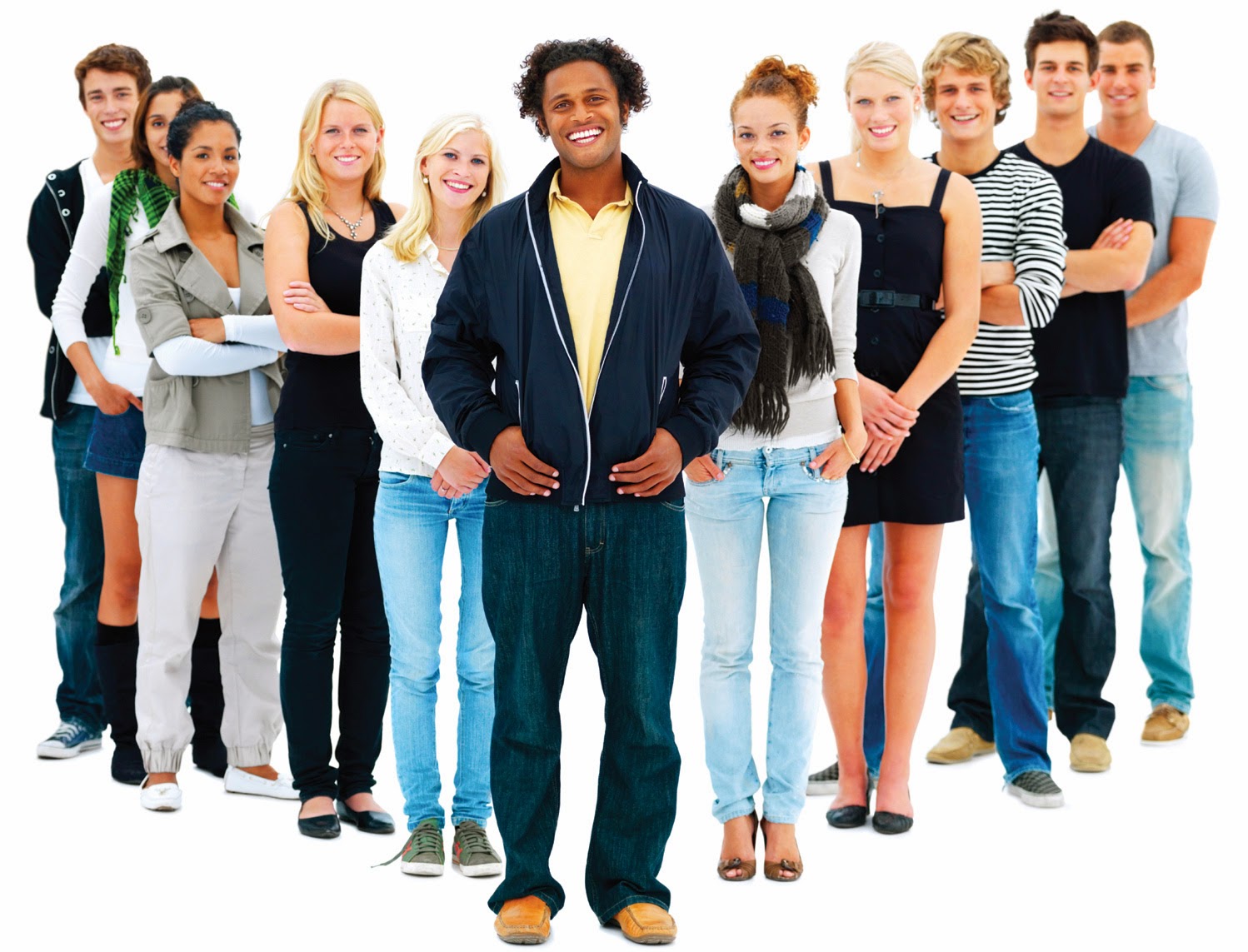 In his classic 1893 essay, “The Significance of the Frontier in American History,” historian Frederick Jackson Turner spoke of “the expansive character of American life.” Even though the frontier was closing, Turner argued, the fundamental nature of Americans was still defined by their incessant probing for “a new field of opportunity.” Turner’s claim held true for at least a century—during that time, the American spirit generated relentless technological improvement, the gradual creation of a mass middle class, and the integration of ever more diverse immigrants into the national narrative.

Yet today, many consider this modern period of “expansiveness” to be as doomed as the prairie frontier culture whose denouement Turner portrayed. Nothing makes this clearer than the perception of a majority of middle class Americans that their children will not do better than them, with as many as pessimistic about the future as are optimistic. Almost one-third of the public, according to Pew, consider themselves “lower” class , as opposed to middle class, up from barely one quarter in 2008
.
Are Young Americans Becoming Herbivores?

To some, this dismal outlook is either inevitable, or even positive, as Americans shift from their historically “expansive” view and embrace a more modest déclassé future. Rather than seek new worlds to conquer, or even hope to retain the accomplishments of prior generations, contemporary young Americans seem destined to confront a world stamped by ever narrowing opportunity, class distinction, and societal stagnation. Once a nation of competitive omnivores and carnivores, America could be turning more docile—a country of content, grazing herbivores.

Just such a diminished world view has already taken root in Japan, particularly among that country’s younger males. Growing up in a period of tepid economic growth, a declining labor market, and a loss of overall competitiveness, Japan’s male “herbivores” are more interested in comics, computer games, and Internet socializing than building a career or even the opposite sex. Marriage and family have increasingly little appeal to them, sentiments they share with most women their age.

This devolved future is widely embraced by both left and right. Libertarian-leaning economist Tyler Cowen identifies a permanent upper class, essentially those who command machines and particularly the software that runs them, while the masses, something like 85 percent of the population, need to adjust to lower living standards, and a diet made up largely of beans and rice.

This approach has appeal to the grandees of finance, who see in a diminishing American dream not only higher relative status for themselves but an opportunity to turn prospective property owners into rental serfs. Large equity funds have been particularly aggressive about buying foreclosed homes and renting them out, often at high rates, to economically distressed families.

This “rentership” society, as first suggested by Morgan Stanley’s Oliver Chang, reflects, in this sense, an almost Marxian dialectic that sees ownership of property concentrating in ever fewer hands. Conservative theorists have little problem with this, since they naturally defend class privileges and are less committed to upward mobility than assuring the relentless triumph of market capitalism. 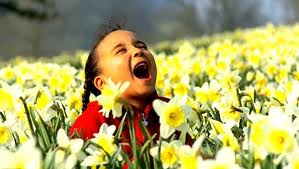 But the most potent apologists for shrinking the American dream come from the very left which, in the past, once championed broad-based economic growth and upward mobility. Instead, progressives increasingly favor their own version of a “rentership society,” albeit one more regulated than the conservative version, but also accepting , and even encouraging, the proletarianization of the American middle class. (Turning them, in the process, into good, reliable clients of the Democratic Party). Goodbye Levittown, with its promise of property ownership and privacy, and back to the tenements of Brownsville, now dressed up as “hip and cool.”

Some even have suggested getting rid of “middle class norms of decency” governing housing and bringing back the boarding house of the 19th and early 20th Century. The goal, of course, is to facilitate ever more densification of urban areas and to rein in the dreaded suburban “sprawl.”

This tendency to force densification and downgrade ownership is deeply pronounced among urbanists and the green lobby, two groups with ample power in most blue states and regions. “Progressive” theorists such as Richard Florida see wealth transferring to a handful of “spiky” American cities, places such as San Francisco and Manhattan, where even the prospect of home ownership is inconceivable to the vast majority of the population. 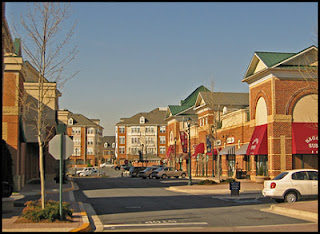 There are many others, farther out on the green urbanist track, who believe that the entire notion of middle class upward mobility is too consumption-oriented and, well, sort of in bad taste. They maintain that millennials will not only eschew home ownership but the ownership of automobiles and practically anything else bigger than their beloved electronic gadgets.

Indeed, this transformation would be greeted with enthusiasm by many greens and traditional urbanists. The environmental magazine Grist even envisions “a hero generation” that will escape the material trap of suburban living and work that engulfed their parents. “We know the financial odds are stacked against us, and instead of trying to beat them, we’d rather give the finger to the whole rigged system,” the millennial author concludes.

Are Americans Millennials Victims of Circumstance?

Are young Americans ready to move off the competitive playing field and onto the herbivore pastureland? The economic stagnation certainly seems to have had a negative effect on everything from marriage to fertility rates, which are at their lowest levels in a quarter century. Much like their Japanese counterparts, young Americans increasingly avoid both marriage and having children, according to a recent Pew Foundation study. Despite a total rise in population of 27 million (PDF), there were actually fewer births in 2010 than there were ten years earlier.

Is this a matter of preference or a reaction to hard times?  Hemmed in by college debt and a persistently weak economy, almost 40 percent of the unemployed are between 20 and 34. A smaller percentage of American males between 25 and 34—the key age for prospective families—are in the workforce than at any time since 1948.

One reason some celebrate the rejection of marriage and family is that it undermines the suburban environments that overwhelmingly attract most families. Urban theorists such as Peter Katz maintain that millennials (the generation born after 1983) show little interest in “returning to the cul-de-sacs of their teenage years.” Manhattanite Leigh Gallagher, author of the predictable anti-burbs broadside The Death of Suburbs, asserts with certitude that that “millennials hate the suburbs” and prefer more eco-friendly, singleton-dominated urban environments.

Another apparent casualty here may be entrepreneurship, the very thing that characterized both boomers and their successors, Generation X.  Entrepreneurship rates remain strong among older Americans , but start-up rates among young people look far weaker. Millennials’ experience with the economy makes them, according to generational chroniclers Morley Winograd and Mike Hais, “very risk averse,” particularly in comparison with previous generations. 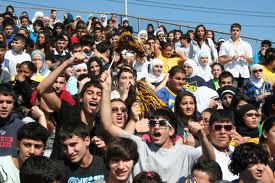 Can millennials recreate the “Expansive” culture in their own image?

Winograd and Hais see millennial timidity as a mostly temporary phenomena. Far from rejecting suburbia, homeownership, and the American dream, millennials are simply seeking to recreate it in their own image. Contrary to the notions promoted by the Wall Street financiers, urban land speculators, and greens, most millennials, particularly those entering their 30s, express a strong desire to own a home, with three times as many eyeing the suburbs as the inner core.

The recession, according to a recent Wilson Center study (PDF), did not kill the desire to own a home among younger people: more than 90 percent of those under 45 said they wanted to own their own residence.    Another survey by TD Bank found that 84 percent of renters aged 18 to 34 intend to purchase a home in the future. And a Better Homes and Gardenssurvey found that three in four sawhomeownership as “a key indicator of success.”

Survey data also suggests that millennials are highly focused on getting married and being good parents. Nearly four in five millennials express a desire to have children. This will become more significant as millennials reach their 30s and early 40s, the prime age for family formation. Over the next decade, at least six million people will be entering their 30s, and that number is expected to keep expanding through 2050.
None of this suggests that, as some social conservatives might hope, that the Ozzie and Harriet family is about to make a major comeback. For one thing, millennials will likely get hitched and have children later than previous generations. Their marriages also will probably be less traditional and male-centered. Hais and Winograd assert that millennials are a “female dominated” generation and have a less traditional view of sex roles—or for that matter, what constitutes a family, since they tend to be highly supportive of same sex marriage.

But if they differ from past generations, most millennials clearly do not aspire to the ideal of singleness and childlessness embraced by more radical boomer enthusiasts. That said, they will not recreate the family or their residence in their parents’ image. They may, for example, be more willing to customize their residences for their own unique needs or for greater energy efficiency, and place greater emphasis on “technology capabilities” than on a larger kitchen, or some more traditional suburbanaccoutrements.

As they get on with life, they will also make new demands on their bosses, warn Hais and Winograd. Companies will need to accommodate as well the new familial arrangements that Millennials are likely to seek out. This means firms will need to adopt policies that favor telecommuting, flexible hours, and maternity and paternity leave that will allow for a better balance between work and personal life.

But in the long run, millennials, if given a chance, are likely to maintain the national ethos of aspiration despite the powerful headwinds they now face. As Turner suggested at the end of his famous essay, it would be “a rash prophet who would assert that the expansive character of American life has now entirely ceased.”
The real issue here is not the declining validity of American aspiration, but overcoming the economic, political and social factors that threaten to suffocate it. Similar challenges—the concentration of wealth of the Gilded Age, the Great Depression, war, and environmental angst—have periodically appeared and were eventually addressed through technological innovation, and critical political and social changes. Rather than accept the shrinkage of the American prospect, we should seek ways to restore it for those who will inherit this republic.

This story originally appeared at The Daily Beast.

Joel Kotkin is executive editor of NewGeography.com and Distinguished Presidential Fellow in Urban Futures at Chapman University, and a member of the editorial board of the Orange County Register. He is author of The City: A Global History and The Next Hundred Million: America in 2050. His most recent study, The Rise of Postfamilialism, has been widely discussed and distributed internationally. He lives in Los Angeles, CA.
Posted by Save Marinwood at 9:17 PM