Fairfax Town Clerk to Citizens, "Your petition is Illegal!" 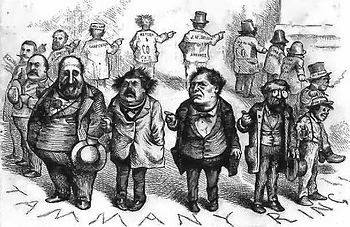 Fairfax petition for a referendum on housing rejected on a technicality

The Marin housing revolt has suffered a setback in Fairfax.
Opponents of a zoning change approved by the Town Council that would allow 172 new housing units were stunned when Town Clerk Michele Gardner rejected their 1,000-signature petition for a referendum on the housing issue on the November ballot.
"They don't want it to be put to a vote of the people," said opposition leader Frank Egger, a former mayor and councilman.
On Thursday, Gardner said in a letter to Egger that she would not certify the petition because it lacked a written declaration that the people circulating it are at least 18 years old. She cited a change in the California elections code that went into effect in January. Formerly, those circulating referendum petitions had only be registered voters. Now they have to say they are 18 or older.
Egger, who says he was not aware that the code had been changed four months ago, sees the unprecedented rejection of an otherwise legal referendum as a petty reaction to the growing "Marin Against Density" movement opposed to long-range housing plans proposed by the Association of Bay Area Governments.
"What we're seeing in Marin is an ABAG rebellion," Egger said. "That's what's going on. It's not just Fairfax."
Egger said neither the town clerk nor the town attorney said anything about the new requirement after they reviewed the petition when he turned it in at Town Hall on April 2.
"If they had told us when we turned it in we could have corrected it," he said. "I personally know all 42 of the circulators and not only are they all 18 years of age or older but 39 of them are registered voters and Fairfax residents."
On March 5, the Town Council, on a three-vote majority, adopted a change in zoning that ostensibly brought the town into compliance with state housing requirements.
"The action was the first step in implementing the general plan on housing," said Town Manager Garrett Toy.
Saying the additional housing will lead to traffic, parking and other problems from more people in town, opponents gathered 1,015 signatures for a referendum on the zoning change. If certified, it would have forced the Town Council to rescind its action or put it on the ballot for voters to decide. A total of 524 valid signatures were required. On April 10, Marin County Registrar of Voters Elaine Ginnold said a random sample of the petition showed that the referendum effort had "plenty of signatures."
Under the zoning change, the housing plan calls for 53 units in the second stories of buildings throughout downtown, 20 units per acre on the two-acre Christ Lutheran Church property in west Fairfax, 22 units on the former Mandarin Garden restaurant site at 10 Olema Road and nine units at School Street Plaza near downtown.
The town manager said only the town clerk and her designated representatives were legally allowed to review the referendum petition after it was turned in.
Her letter to reject it came after the Town Council met in closed session on Tuesday evening for what was announced as "a conference with legal counsel on anticipated litigation."
"I can't tell you whether they met about this or something else," the town manager said. "I can't share with you what the topic was."
Mayor David Weinsoff, who voted for the zoning change, was asked to comment on the issue. He referred the request to the town manager. The Town Council will discuss the issue at its meeting on Wednesday night. 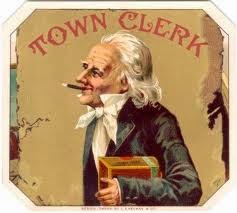