Why so many parents hate Common Core

Why so many parents hate Common Core 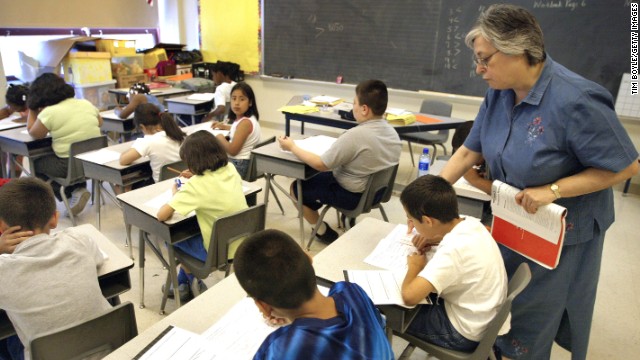 A teacher assists her students in Chicago. Illinois is one of 45 states that adopted Common Core educational standards.


Editor's note: Diane Ravitch is research professor of education at New York University and a historian of education. She is the author of more than a dozen books about education, including the recent bestseller "Reign of Error: The Hoax of the Privatization Movement and The Danger to America's Public Schools."

(CNN) -- The U.S. Department of Education is legally prohibited from having any control over curriculum or instruction in the nation's public schools, but nonetheless Secretary of Education Arne Duncan is a zealous advocate of the new Common Core standards for students' proficiency in English and math.

First, he said their critics were members of extremist groups, and he recently assailed the parents who criticize them as "white suburban moms who — all of a sudden — their child isn't as brilliant as they thought they were, and their school isn't quite as good as they thought they were."
His remarks were prompted by the nearly unanimous outrage expressed by parents -- moms and dads -- at public forums in suburban districts in New York, following the release of the abysmal results of the new Common Core tests.

Diane Ravitch
The parents weren't angry because they found out their child wasn't brilliant, but because most were told by the state that their children were failures. Only 31% of the state's students in grades third through eighth passed or exceeded the new tests. Among students who are English-language learners, only 3% passed the English standards; among students with disabilities, only 5% passed them; among black and Hispanic students, fewer than 20% passed. The numbers for math were better, but not by much.

Duncan likes to boast that the Common Core standards were adopted by 45 states, but neglects to mention that the states were required to adopt "college-and-career-ready standards" to be eligible for $4.35 billion in the education secretary's signature program called Race to the Top.

Some states adopted them without seeing a finished draft. The standards, unfortunately, were never field-tested. No one knew in advance whether they would improve achievement or depress it, whether they would widen or narrow the achievement gap among children of different races. It is hard to imagine a major corporation releasing a new product nationwide without first testing it among consumers to see if it is successful. But that is what happened with the Common Core standards.
Experts in early childhood education say the standards for young children are developmentally inappropriate. Teachers say that they have not had the training or resources to teach the new standards. Field-testing would have ironed out many of the bugs, but promoters of the standards insisted on fast implementation.

No one yet has estimated the costs of shifting from state standards to national standards. Duncan awarded $350 million to develop new tests for the new standards, but all of the testing will be done online. 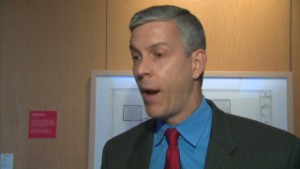 Los Angeles intends to spend $1 billion on iPads for the Common Core Techology Project, designed to help prepare for the standards. If that is the cost to only one district, how many billions will schools across the nation pay for software and hardware and bandwidth for Common Core testing? This will be a bonanza for the technology industry, but will put a strain on public school budgets in a time of austerity.

The Common Core standards emphasize critical thinking and reasoning. It is time for public officials to demonstrate critical thinking and to stop the rush to implementation and do some serious field-testing.
It is time to fix the standards that don't work in real classrooms with real students. It is time to stop testing students on material they have not been taught. American students take more tests than students in any other nation. Our dependence on standardized testing has become excessive.

Standards alone can't right everything that needs fixing in American education, and some experts, like Tom Loveless at Brookings Institution, say they will make little or no difference in student achievement.

Public officials should listen to the moms and dads. This is a democracy, and it is not the role of public officials to impose their grand ideas without the consent of the governed.