An Architect With Plans for a New Gulf Coast 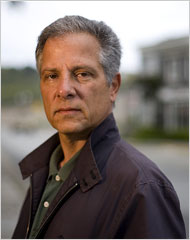 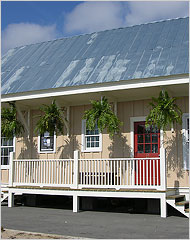 Duany Plater-Zyberk & Company
A "Louisiana Cottage" Mr. Duany's firm designed.
Opponents cast this architect as an imperious enemy of progressive design and a threat to the Gulf Coast, where he has been involved in plans to redesign communities that were devastated by Hurricane Katrina.

Reed Kroloff, dean of the architecture school at Tulane University in New Orleans, for example, has referred to Mr. Duany and other New Urbanists as "Svengalis" who "have now seduced Louisiana's hapless governor and been given the keys to the state."

Mr. Duany, 56, said that a year or two ago he would have paid those critics little heed. Typically he lacks the time or the inclination to counter his detractors, he said during an interview in the office he shares here with his wife and partner, Elizabeth Plater-Zyberk, 55.

But these days, with the future of New Orleans; Biloxi, Miss.; and other cities hanging in the balance, Mr. Duany (pronounced DWAH-nee) said he was speaking out more aggressively.

"The response is not about convincing him — I'll never convince him," he said of Mr. Kroloff. "It's more like defending your side, or heartening your allies."

Recently, the New Urbanist planners involved in rebuilding Biloxi, Elizabeth Moule and Stefanos Polyzoides, resigned from the project after clashing with federal officials and with Mayor A. J. Holloway of Biloxi over control of the reconstruction.
To Mr. Duany these issues are crucial because the Gulf Coast offers the rare opportunity to start over from scratch, potentially with quick results. "For a city to become a city that's planned, it has to destroy itself; the city literally has to molt," he said. "Usually this takes 20 years, but after a hurricane, it takes five years. The people can see the future in their own lifetime."

"If architecture mattered to the world, " Mr. Duany added, "this would be the most important thing in the world."

Last fall, at the invitation of Gov. Haley Barbour of Mississippi, Mr. Duany and the group he founded, the Congress for a New Urbanism, led a conference of 200 architects and planners in Biloxi in drafting architectural proposals for the coastal communities. He recently held a similar brainstorming session in the Gentilly section of New Orleans.

Critics of New Urbanism argue that Mr. Duany and his allies seek to create a picture-postcard image of the past and will squander the opportunity to start anew. They note that Mr. Duany's most famous project, the town of Seaside, Fla., was used as the location for "The Truman Show," the 1998 Jim Carrey film that in part parodied idealized small-town America.

"For a city to become a city
that's planned, it has to destroy itself;
the city literally has to molt,"

Mr. Duany did not originally set out on a traditionalist path. A son and grandson of developers, he was born in New York City, then grew up in a suburb — of Santiago de Cuba, the island's second largest city, after Havana — and moved with his family to Barcelona, Spain, when he was 13.

His father was a conventionally modern developer in Cuba, he said, building single-family houses on large lots at a great distance from one another and far from commercial activity. It seemed at first that Mr. Duany would follow a similar path. After studying architecture at Yale in the 1970's, he and his wife helped to found Arquitectonica, a Miami firm that became known for its modern and hip sensibility.

Mr. Duany insists that New Urbanists are not averse to contemporary architecture. "They think that I don't know modernism or I can't design it," Mr. Duany said of his critics. "It's not true."

It was while living in Coral Gables, Fla., that he and Ms. Plater-Zyberk realized that the suburbs needed to be thoroughly rethought. "We would walk out and be bored to death," he said. "It was just this terrible lack."

"We needed to have meaningful destinations within walking distance," he continued. "You can't just walk past beautiful lawns, you want to walk past action."

Disenchanted with the high-rise business, he and Ms. Plater-Zyberk left Arquitectonica in 1980. By then they had decided that the best way to affect a landscape was not through designing discrete buildings, he said, but by writing new building codes governing zoning, parking, retailing, transportation and urban design.

In departing, they took along the firm's Seaside project, a traditionalist community in the Florida Panhandle, completed in 1981, that proved immensely popular. Lecturing across the country about Seaside, Mr. Duany soon met dozens of likeminded planners.

Groups began gathering to learn from one another, and "then, it grew," he said. Ultimately those encounters led to the creation of the Congress for a New Urbanism in 1993, with a charter espousing principles like "the reconfiguration of sprawling suburbs into communities of real neighborhoods" and diverse, mixed-use districts.

The congress used to maintain a list of New Urbanist communities but stopped counting two years ago when the number reached about 600. "There's not enough of us," Mr. Duany said. "We're dying of overwork." Duany Plater-Zyberk & Company, founded in 1980, has alone completed designs for more than 250 new and existing communities, including neighborhoods in Providence, R.I.; Baton Rouge, La.; and West Palm Beach.

And Ms. Plater-Zyberk, who is also dean of the University of Miami School of Architecture, now leads Miami 21, a project to overhaul city zoning intended to discourage exposed parking garages, assure wider sidewalks and create homes where people can live above their businesses.

By speaking the language of developers so effectively, Mr. Kroloff asserts, New Urbanism has come to monopolize urban planning. The congress, he said, is "the only truly organized voice in planning in the United States and has become the most important force in architecture, with the exception of Frank Gehry, in the last 30 years."

"The development community loves New Urbanism," Mr. Kroloff added. "It speaks to the sentimentality that seems to underlie Americans' home-buying habits. And creating higher density per acre allows developers to make more money. There is no organized contradictory voice in planning."

Mr. Duany counters that critics like Mr. Kroloff are often acting on misinformation. "We're not just about picket fences and porches, and it's frustrating to have that repeated," he said. "Yes, we want you to walk, but we're not eliminating cars. We're not forcing transit; we're simply fitting communities so that, if they ever want transit, it will work."

"Yes, we love Main Streets, but we don't expect that the shop owners are going to be mom-and-pop stores," he continued.

As for contemporary architects, Mr. Duany said they were welcome in New Urbanist communities, but only for public buildings like a town hall or library. "The star architect is confined to the civic building," he said. "The civic buildings are free of any constraint."
Clearly, New Urbanism is out of sync with the phenomenon of the star architect, Mr. Duany added pointedly. "We're a group," he said, "and these days, anybody who's an architect who isn't an 'individual' is very suspicious: 'What do you mean, you all have a system of beliefs? You believe in something other than artistic expression?' "

Ms. Plater-Zyberk echoed his sentiments. In New Orleans, she said, "The avant-garde, the individual great building, is not the answer for what were the postwar ranch house suburbs."

Peter A. Calthorpe, a planner based in Berkeley, Calif., who is working on a regional plan in Louisiana, said that the debate over New Urbanism was a depressing distraction from the urgent issue of rebuilding towns ravaged by Katrina. "It is tragic to reduce issues facing New Orleans to issues of architectural style," he said.

Mr. Kroloff himself stepped down from a rebuilding role in Mayor Ray Nagin's Bring Back New Orleans Commission this year, saying he felt that he had become too much a focus of attention.

New Orleans policymakers were initially wary of the New Urbanists until they saw the local planning work that Mr. Duany did this year for the nearby St. Bernard Parish and invited him to do the same for Gentilly. "He showed the possibilities for how the area could come back," said Cynthia Hedge Morell, a city councilwoman.

Mr. Duany, who with his handsome looks and polished, articulate style, can easily hold a crowd, said, "What happens is, we connect to the people." It is clear that he does not suffer fools gladly: during the interview he snapped repeatedly over the phone at a colleague with whom he was preparing an op-ed article.

Mr. Kroloff said that Mr. Duany's popularity with the public was unsurprising. "A disaffected generation of traditionalists suddenly found themselves with a champion and flocked to him with a passion," he said.

Mr. Duany said that those who deride the New Urbanists are threatened by their influence.
"Nobody gave a damn about us until we got powerful," he said. "The world watches."
Posted by Save Marinwood at 12:00 AM