Editor's Note: We came across this article on www.theatlanticcities.com and thought it may interest you.  We have neighborhood reports of census workers diligently trying to get ethnic data throughout our neighborhoods. We love diversity and feel that it adds to the variety and richness of our neighborhoods but abhor government social engineering mandates that reduce people to race and ethnic groups instead of their true uniqueness and individuality.  We support true integration that celebrates instead of divides people. 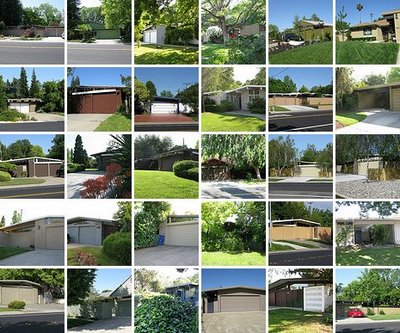 The federal Fair Housing Act of 1968 didn't simply prohibit discrimination in an era of starkly segregated cities. The law went one step more, requiring the government to also "affirmatively further" fair housing – to, in other words, proactively enable integration. In the four decades since, overt discrimination has clearly declined. But this second objective has remained much more elusive.
In part at least, the obstacles to integration are harder to detect than the culprits behind discrimination. They take the form not of malicious real estate agents or red-lining banks. Rather, integration is stalled or blocked today by exclusionary zoning that keeps lower-income people or new affordable housing out of many communities. This means that furthering the goals of the Fair Housing Act in 2013 is a complex problem of planning and land use that goes far beyond rebuking anyone who won't offer a black family a home.
Last week, the Department of Housing and Urban Development published a long-awaited proposed rule that it believes will bring the Fair Housing Act and this still unachieved promise "into the 21st century." Speaking earlier this month to the NAACP, HUD Secretary Shaun Donovan admitted that the requirement to enable integration had "proven largely to be a meaningless paper exercise without any teeth."
To change that, the new rule refines what "affirmatively further fair housing" really means and how HUD grantees should document their progress to achieve it. The big news, however, is that HUD is now planning to help them do that by publishing extensive local data on patterns of integration and segregation, discrimination, poverty, access to good schools, jobs and transit, among other things. The tool will for the first time map all of this data for every neighborhood in the country. As Donovan put it to the NAACP:

Make no mistake: this is a big deal. With the HUD budget alone, we are talking about billions of dollars. And as you know, decades ago, these funds were used to support discrimination. Now, they will be used to expand opportunity and bring communities closer to the American Dream.

All that data is designed to make it possible for local communities to recognize obstacles and opportunities to fair housing in the planning process, while also arming families with the information to find the best places to live. But for some reason, the idea of the federal government mapping neighborhood diversity has been received by hysterical critics as something quite different: a renewed ploy for "forced racial integration," for "tyranny," for"social engineering coming to communities everywhere."
Or, as Investors Business Daily framed it in an editorial: "Now even ZIP codes are racist, and according to this race-obsessed administration, you're racist for living in a suburban area with little public housing. And it plans to change that."
The proposed rule is open to public comment through mid-September, and already it's a zoo. Granted, virtually any federal rulemaking public comments section tends to bring out the crazies, but even just a small sampling from this batch is disturbing:

... Unless the sole goal of this proposed rule is to completely and irreversibly destroy all of America and punish those who have worked hard for a better life then this is an extremely bad proposal.

...How is it fair for people like myself that worked hard all their lives to finally get into a neighborhood that they're proud of only to have someone else get a government subsidy that will allow them to buy into a more affluent neighborhood. I came from a lower income area in St. Louis, put myself through college, worked a full-time job and saved my money to buy a nice house in a neighborhood where there are good schools and I feel safe to let my kids run around. Now the government wants to subsidize housing in order to make my neighborhood more diverse in the name of fairness? What about fairness for me and my family?

This proposed rule should be removed, it is racist in nature and has no use in our society. Affirmative action along with Affirmative housing discriminates against the white people of America. You never hear of a black or spanish neighborhood needing 'diversity'. Whites never will move into those areas for the fact that it is dangerous. Fact is, and the truth of the matter, is when blacks/spanish move into white areas, property values go DOWN.

Of course, these people don't really have an issue with this new rule, which does nothing to change the core intent of the Fair Housing Act. Rather, they have an issue with the central idea behind the law as it was written 45 years ago. Fundamentally, they don't agree – or have different values – on the idea that equal access to housing also means equal access to everything that housing entails: good jobs, safe communities, quality education, healthy neighborhoods, nearby transit. The Fair Housing Act is not about, nor has it ever been about, forcing low-income black people on wealthy white enclaves. It's about enabling quality neighborhoods for everyone.
This means creating access to good neighborhoods for minorities. But it also means investing more in minority neighborhoods so that other people want to move in. The costs of the alternative are too high for everyone, even the people commenting above.
What's proposed in this new rule is actually a light-handed approach, one built on better data and smarter planning, not on the wholesale construction of new public housing in gated communities. And anyone who fears this kind of mapped data is ignoring that it already exists, in many forms. Real estate agents already know all of these things, from the demographics of a neighborhood to its access to quality schools. Predatory lenders certainly had maps like this, too.
What HUD has proposed is to give these same tools to low-income people that real estate agents and wealthy families already have. And exactly what's unfair about that?
Posted by Save Marinwood at 12:00 PM