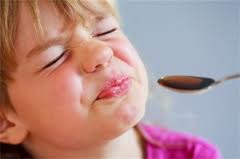 Editors Note: Cities all over the Bay Area are saying "NO" to the ABAG housing quotas which place tremendous financial burdens on the community.  The promise of state funding is not worth it.

For years I've wondered why Palo Alto and other Peninsula cities have allowed the Association of Bay Area Governments to dictate how many housing units they have to produce in the next two decades tocomp ly with its population growth projections.


The agency claims the Bay Area will need 903,000 more housing units and 1.2 million more jobs between 2010 and 2035 because of an influx of millions of new residents.
Now, however, Palo Alto is objecting to ABAG's requirement that it provide 2,500 new housing units, saying the agency's calculations are wrong. The council's stance may soon become an official protest.
ABAG is a regional authority with a board comprised of council members appointed to it by Bay Area cities. We didn't directly elect most of these housing deciders, nor can we get rid of them.


ABAG's demands for more and more housing have been ratcheting up, and cities are being told that if they don't comply they will lose state money for transportation and housing.


The state gave ABAG its housing allocation, and then a committee decided how many homes each city must produce based on the number of jobs in it. So the more jobs a city has the more housing units it must provide. (No one from Palo Alto was on that committee.)


I never thought the job allocation was fair because ABAG doesn't account for the number of jobs employers such as Stanford, HP or the Stanford Research Park provide for the region, not just Palo Alto.


The formula recently changed, much to Palo Alto's disadvantage. ABAG considers whether the city is contributing to greenhouse gases (if yes, more units) and whether there is public transit in town (yes in Palo Alto, along El Camino Real, Caltrain and University Avenue). ABAG's presumption is that if a city builds near public transit, housing dwellers will use public transit to commute to work and get around town.


No thorough studies have been conducted locally to see whether this premise is true. Reports I've seen say somewhere between 5 and 10 percent of transit-oriented housing dwellers actually use public transit for commutes. Most move in because we have good schools.


Atherton, Portola Valley and Woodside are not impacted by ABAG's formula because they don't have many jobs. Council Member Greg Schmid has the strongest complaints about the growth projections.


Both ABAG and the state's Housing and Community Development agency, which do the number crunching, have "dramatically overstated the population forecast" for this area, he said. "The past decade, California's population growth has declined considerably from original predictions."


But ABAG stands by its numbers, claiming the slower growth is just a blip attributable to the recession.


The plot thickens. ABAG no longer is relying on projections from the state demographer, who lowered the projections, and instead is using federal figures from the Department of Labor. The federal department's growth projections are much higher than what the National Census Bureau predicts.


So I guess ABAG just wants a lot more housing, perhaps for political reasons. It gets its support from low income housing advocates, unions that want more jobs, and some environmental groups, said Schmid, who serves as an alternate member on the ABAG board.


Then there's that ABAG stick: If cities don't carry out its mandates, they could lose state funding. Palo Alto gets roughly $2 million a year in grants for transportation and housing needs, said Curtis


Williams, the city's director of planning. Schmid says he believes the city gets more than that, closer to $8 million to $10 million annually. That's money many in the city don't want to see go away. But if we change the character of our city and end up with more people and traffic and a need for more schools, that will cost us millions.


I say let the state keep its $10 million or whatever. We'll save money in the long run.

Diana Diamond is a columnist for the Daily News. Her email is Diana@DianaDiamond.com.

Posted by Save Marinwood at 1:00 PM