What can be done to fix the Marinwood CSD according to the Little Hoover Commission. 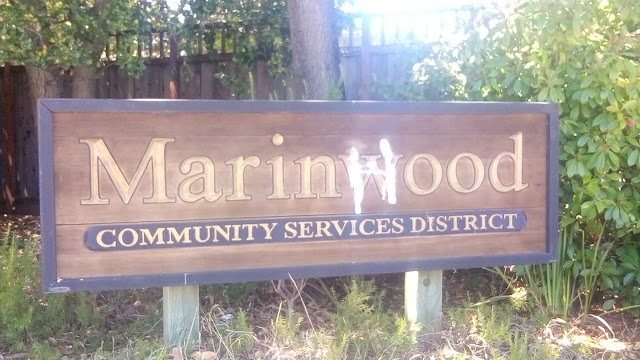 When Districts Go Bad from the Little Hoover Commission

Given the Commission’s general interest in this review of working within existing institutions and the established system to regulate special districts, Commissioners also considered what legal or other mechanisms exist to deal with districts (or district officials) that go off the rails with poor ethical decisions or illegal behavior.

The Commission learned of a number of options to right wrongs within the existing system:

• Residents of the district can vote perceived offenders on the board out at the next election.

• Residents of the district can mount a recall effort of board members who exercise questionable conduct.

• County Local Agency Formation Commissions can do a Municipal Service Review and initiate a process for dissolution or reorganization.

• The California State Auditor has statutory authority to identify, audit and issue reports on local government agencies, including special districts deemed at “high risk for the potential of waste, fraud, abuse, and mismanagement or that has major challenges associated with its economy, efficiency, or effectiveness.” Audited districts must file reports every six months on their progress implementing corrective action plans until the auditor is satisfied with results.

• Voters have power to qualify a local ballot initiative regarding a special district.

• Depending on the type of district or situation there may also be recourse through various regulatory bodies, such as the State Water Resources Control Board, the Public Employment Relations Board and others.

Editor's Note:  The Marinwood CSD should have an exhaustive review on its accounting and business practices in accordance to the law.  For far too long, the Marinwood CSD has been allowed to operate outside the public view which has led to multiple abuses.  The most recent and glaring example, is the secret hiring of a former CSD director for $13,000 for architecture services.  Despite billing $30k plus for plans of the Marinwood Maintenance Facility aka "white elephant", the error filled plan is non compliant with Marin County building codes and will likely never get built.

The Marinwood CSD general manager and the board must be held accountable to a higher authority.
Posted by Save Marinwood at 10:41 AM