How to Sell Upzoning 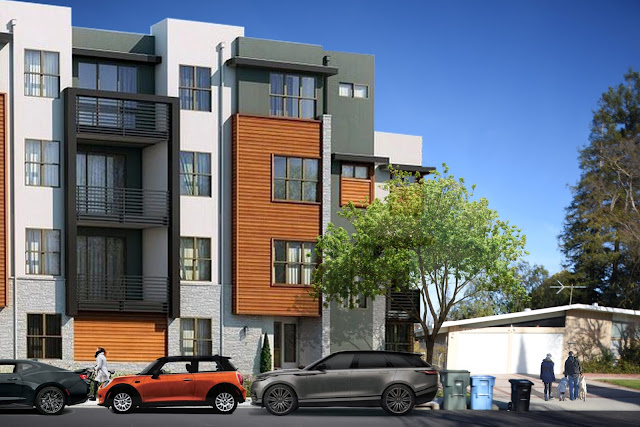 How to Sell Forced Densification to Libertarians

When cities pass zoning rules (as Missoula, Portland, and many Portland suburbs have done) mandating minimum-density zoning — so that people are forced to either build high-density housing in existing low-density neighborhoods or build nothing at all — libertarians lead the charge against such rules. But urban planners have managed to achieve the same result, and gain the support of some who consider themselves libertarian, by:
Thus, we have a writer for Reason magazine supporting a law that would eliminate much of the zoning in San Francisco and other unaffordable California cities. Another Reason writer endorses a new zoning ordinance in Minneapolis that allows multifamily housing in single-family neighborhoods. The Mercatus Center blames high housing prices on single-family zoning as does a report from the Cato Institute.
Yet the reality is that every major American city except Houston has single-family zoning, but only a few are unaffordable — and those few all use urban-growth boundaries or otherwise restrict development of rural lands outside the existing urban areas. Yes, regions with such restrictions also have single-family zoning, but blaming high housing prices on single-family zoning is like saying that, because people would get sick eating rat poison and smoking marijuana, therefore marijuana smoking should be illegal.
The self-described free-market advocates who support densification have apparently forgotten that the housing markets in unaffordable regions are completely distorted by the urban-growth restrictions. I’ve heard one of the leading free-market advocates of densification claim that the San Francisco Bay Area has run out of land for development and therefore has to densify, when in fact only 17 percent of the land in the nine-county area has been urbanized — a number that isn’t going to change thanks to California’s immovable growth boundaries.
One-third of homes built in the United States today are multifamily, up from one-fifth ten years ago. This isn’t a response to market demand: The vast majority of Americans, including Millennials, still aspire to live in single-family homes. Instead, the growth of multifamily is a response to various growth restrictions that have made it nearly impossible to build single-family homes in many urban areas.
One of the historic objections to the suburbs is that all of the homes looked alike (which was really true only in the first Levittown). Ironically, people have begun to notice that the Jane-Jacobs-inspired multifamily housing being built to day all tends to look alike: “bland, boxy apartment” buildings that some have labeled “McUrbanism.” Such buildings cost considerably more per square foot than single-family homes, so are only “affordable” because each housing unit is much smaller.
This the America urban planners want to build in the future: bland little apartments and condos that in many cities will be more expensive than a large, single-family home would be in the absence of growth restrictions. It is sad that some libertarians have fallen for this scheme.
Portland is now proposing to weaken or eliminate zoning in single-family neighborhoods throughout the city to make housing “more affordable.” Fortunately, free-market advocates in the Portland area still remember that housing there is only really expensive because of the growth boundary, not because of zoning within the boundary.


Tagged housing affordability. Bookmark the  permalink.
Posted by Save Marinwood at 7:24 AM