Brisk business in moving people out of the Bay Area 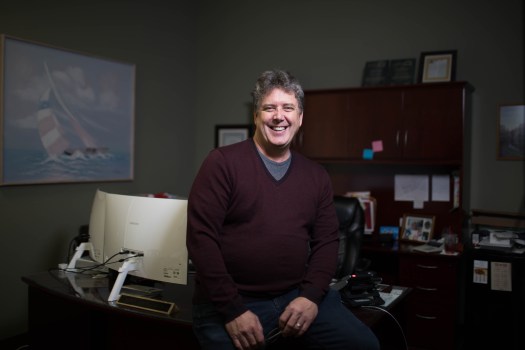 
SANTA CLARA – Real estate agent Myron Von Raesfeld sold 30 homes in North Carolina in the last six months, making him one of the top agents in the Raleigh-Durham market — from his desk 2,778 miles away in Santa Clara.


Von Raesfeld, CEO of Windermere Silicon Valley, is advising homeowners and investors to sell high in California and move their assets outside the state. The payoff: more cash in hand, and a better quality of life.


“It’s a great time to sell in California,” he said. “This makes a lot of sense.”


Even as the Bay Area real estate market cools, agents specializing in moving people out of the region report very brisk business. They’re becoming experts on everything from economic forecasts for Memphis, Tennessee to annual snowfall in Boise, Idaho.


The outward migration from the Bay Area has accelerated, with more people leaving the region than any other spot in the country.


Driven by a strong economy, the region’s overall population continues to grow. But the number of residents leaving hit its highest point in more than a decade last year, according to a report by Joint Venture Silicon Valley. Residents between the ages of 18 and 24, and between 45 and 64 were most likely to leave.


Bay Area agents say sellers found a market peak in the first six months of the year to maximize sale prices. The median home sale price for the nine-county region set a record in May at $935,000, according to real estate data firm CoreLogic.


A move to cheaper regions appeals to older residents on fixed incomes, as well as bargain-seeking investors, agents say. Realtors have even set up classes to help clients figure out their next move and ease the transition.


Los Gatos agent Brian Schwatka has been advising clients with a workshop called Stay or Go Homeowner for about 15 years. He set a personal record for relocation sales this year.

Schwatka focuses on older homeowners, typically those nearing or in retirement. Many clients come with similar complaints, he said. “They say there’s too much traffic, too many tents on the side of the road,” he said. And it’s too expensive for those relying on social security and retirement savings, he said.


Many long-term residents are perplexed by the complex process of buying and selling a home, managing taxes and embracing a new life. But finances often demand a move, he said. “They’re house rich and cash poor,” Schwatka said.


One woman had been stuck in a two bedroom, one bath house in San Jose for 20 years. She was in her early 70s, Schwatka said, and struggled to pay her monthly bills as Silicon Valley prices rose.


She sold her house for more than $1 million and bought a newer home outside Sacramento for $420,000, he said. “She was completely broke for 20 years,” Schwatka said. “Now, she’s set for life.”


Pleasanton agent Tina Hand had a similar story: She had clients who sold several properties in the East Bay and bought even more single family homes and apartments in Memphis. “They’re setting themselves up for a nice, early retirement,” she said.


Other agents say they’ve seen an uptick in baby boomers seeking to leave the rat race of Silicon Valley. Younger professionals move more often than their parents, particularly in the fluid tech and science industries.


Michi Olson, vice president of global business development and relocation at Alain Pinel, said a few major companies have chosen to move headquarters from the Bay Area to Texas and Colorado. The big moves reflect the high price of doing business here, but Olson does not think it signals a massive exodus.


The nice weather, relaxed pace, growing economy and energy provided by university students and faculty at nearby Duke, North Carolina and North Carolina State reminded him of his childhood in Santa Clara. Neighbors wave and get to know each other. And the real estate is relatively cheap — the median home value is about $270,000, according to Zillow.


Since June, Von Raesfeld has sold 30 properties around Raleigh, N.C. to family and investors. He’s purchased several properties, too.


The rental income from his North Carolina apartments has more than doubled the returns he received from his Santa Clara County apartments, he said. For example, Von Raesfeld sold a Bay Area duplex for $1.5 million, and reinvested the money into three apartment buildings in North Carolina. The $5,800 monthly income in California grew to $14,000 from many more units in North Carolina.


Von Raesfeld and his wife even decided to move to Raleigh, buying a 4,800-square-foot home on a golf course. They plan to spend most of their time there.


“I love this area,” he said of Silicon Valley, but added that times have changed. He really likes how strangers in Raleigh strike up conversations at his neighborhood Cracker Barrel. “It’s about quality of life.”
Posted by Save Marinwood at 7:30 PM