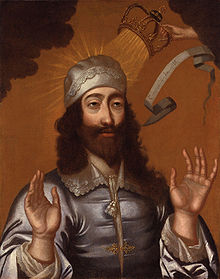 Let’s go back to 1776.  At the time, we revolted against more than the British; we also revolted against Divine Right.  A short time earlier only nobility owned property and the great mass of humanity were serfs.  As this system withered, the common man developed property rights, and with property, gained political voice.  The Enlightenment preached that all men possessed God given rights, including the right to own property. By the second half of the eighteenth century, most British subjects equated property rights with liberty because they had seen that one followed the other.
In their view, prosperity and broad distribution of wealth depended on the protection of private property.  Even before the Declaration of Independence, the Virginia Declaration of Rights led off with “all men are by nature equally free and independent and have certain inherent rights, of which … namely, the enjoyment of life and liberty, with the means of acquiring and possessing property.”
James Madison said, “The government is instituted to protect property.”
Some argue that a benevolent government should control property, because the government can distribute the fruits of ownership more fairly.  This sounds good, except that these proponents can’t point to a single good example.  Concentrated property ownership always inflicts oppression.  This is not black and white.  It’s a sliding scale.  The more private property is protected, the freer the economic system and the more liberty is enjoyed by the citizenry.  The more property and planning are centralized, the more liberty is eroded.  It doesn’t really matter if it’s feudalism, fascism, communism, theocracy, socialism, or even crony capitalism.  To one degree or another, liberty is eroded in all these systems.
The alternative to private ownership is to confiscate property through force of arms, taxes, or legislation and then place it in the hands of a few.  It doesn’t matter if the property is confiscated by bullies, warlords, or government.  It’s all the same.  Individual liberty is destroyed.  Here’s why:
If government allows bullies to take what they want, anarchy reigns.  If government gathers up property unto itself, oppression reigns.
Spain provides a current example.  Until 2004, Spain was the “economic miracle” of Europe, with huge job growth, surpluses, and declining debt.  Then the Socialist Workers Party gained power. After only six years of progressive leadership, Spain is experiencing negative growth and unemployment is 20% (43% for youths).  The government has increased taxes, arbitrarily interfered in business, and blithely disregarded EU regulations.  Basic freedoms—like speech and religion—have been impaired.

Socialists never learn.
Government confiscation does not have to be at the level of Venezuela to erode liberty. In Kelo v. City of New London, the Supreme Court said government could take property from one private owner and give it to another private owner if it was for the public good. True liberty never allows the government to take a person’s property.  James Madison said, “It is not a just government, nor is property secure under it, where arbitrary restrictions deny to part of its citizens that free use of their faculties.”
If private property enhances liberty, then wouldn’t equal distribution of property be even better.  No, the world doesn’t work that way.  Private property and free markets go together. Whenever you have free markets, some will build wealth faster than others.  The only alternative is to restrain the industrious, the inventive, and the entrepreneurial.  The result might be more even distribution of wealth, but there would be less wealth for everyone, including the government, due to decreased tax receipts.
Thomas Jefferson said, “To take from one because it is thought that his own productivity has acquired too much, in order to give to others who have not exercised equal industry and skill is to violate arbitrarily the first principle of association: the guarantee to everyone of a free exercise of his hard work and the profits acquired by it.”
Property may not be distributed equally, but rights are. All men are created equal. James Madison said, “As a man is said to have a right to his property, he may be equally said to have a property in his rights.”  He meant that even if a person owns nothing, he still owns his rights, which are the most valuable property of all.
Look around, and examine history.  The wealthiest countries have the most limited interference by government.  They enjoy free markets, private property rights, a large middle class, societal improvement, cleaner environments, and the people enjoy life, liberty and the pursuit of happiness.
The Founders were right.  Private property rights and liberty are intertwined.
James D. Best is the author of Tempest at Dawn, a novel about the 1787 Constitutional Convention.