The problems with High Density Living-A perspective from Berkeley Planet

The relationship between the recently defeated Bus Rapid Transit proposal (in Berkeley) and densification of our neighborhoods has ramifications which will continue to come up again and again, and it is vitally important that we look at these issues.


Everybody knows that the more people you can deposit into a given space, the more revenue stream can be generated from that space. That revenue goes to three places. First it goes to the owner of the property, who is often also the developer. Second it goes to the bank which gave the developer or owner a loan to build/buy the property and is also collecting interest on that loan. Third it goes to the city which hosts the property, in the form of property taxes, permit fees, etc. So if a city is fiscally distressed, then encouraging new and higher density development is one thing they can do to try and help their situation. [Editor note :although Marinwood Village will provide virtually no tax revenue for 55 years, creating a huge tax drain on Marinwood CSD]

The problem comes in when we start to consider how higher density living situations affect the quality of life for people living in them. 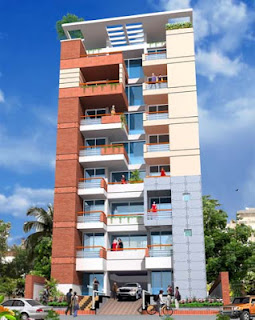 Although Smart Growth models focus on how to make such things work as efficiently as they can, they cannot ameliorate the fact that with people’s earning ability (or self-sufficiency quotient) held as an unchanging variable, increasing density in an already dense urban environment decreases quality of life proportionately.

The specific reasons for this can be found within common wisdom, but also in specific studies. Some references would include: Quality of Life in a City: The Effect of Population Density, a Netherland study by Victoria Cramer et al, and In Growth We Trust: Sprawl, Smart Growth and Rapid Population Growth by Edwin Stennett.

One example of an impact, explored by french sociologist Emile Durkheim, is an inverse relationship between population density and personal freedom. This applies most to those living directly in high density buildings and can bee seen consistently in regulations which reduce one’s freedoms in the commons to the lowest common denominator of what is acceptable to all.

There are numerous other factors as well which kick in for all as our personal spaces close in on each other. These are opposing motivators (revenue stream issues and quality of life issues) and they set up the likelihood of a conflict of incentivization between communities of people living in neighborhoods and the city governments who are supposed to be looking out for their interests.

If a community is particularly atomized, then little can be done to resist densification from going forward. But if a neighborhood has some cohesiveness in the form of neighborhood associations or other groups, then it will tend to resist densification, sometimes effectively.
It is important to realize that regional planning associations, such as ABAG, formulate their recommendations on how much we should expect to grow on population and growth predictions which are regional in nature. Such recommendations do not always take into account the particular local conditions which define the nature of a particular community, and likewise do not necessarily take into account specific factors which have different impacts on different localities. 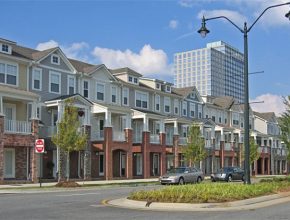 In Berkeley, for example, much public notice has gone into the fact that although regional population has increased in the last decades, Berkeley’s population has remained relatively constant. Comparison with a commuter city on the Bay Area margin, such as Antioch, would reveal an entirely different situation, based on different factors which exist there. This is not to say that Berkeley government today employs a policy that resists densification, but it should suggest that the density growth in a particular locality can be regulated according to what a city deems its reasonable carrying capacity to be.

Another potential problem introduces itself when higher powers recommend that we increase our density based on regional projections. Since development interest, which includes the University of California Berkeley, is largely based on principles of expansion, it is easy to conceal responsibility for a motivation to increase density on recommendations or so called “mandates” which come to us from regional planning bodies. This can conceal the degree to which an actual “need” for densification may be based more on the desires of local stakeholders as distinct from needs which really do reflect the public interest as a whole. This potential confusion is just complicated enough to rightly baffle average people who live in affected neighborhoods when it comes to establishing policy. But when a specific project threatens to intrude on their way of life, people will generally get the message. 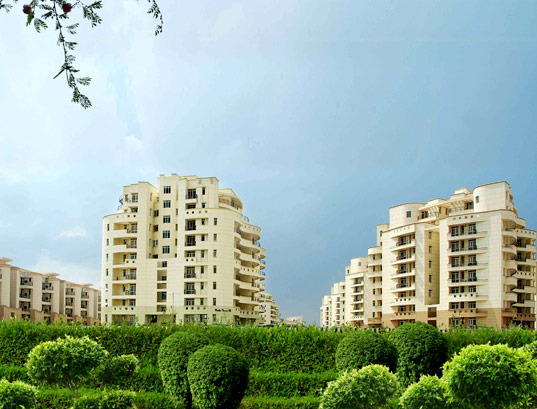 In addition to serving as intentional or unintended fronts for these stakeholders, the problem with Smart Growth ideologues is that they just can't wait to impose their new high density models on communities, even before such a thing may be actually needed. This then causes the problem that densification occurs faster than it otherwise would have under the principle that 'if you build it, they will come.' You create the infrastructural receptacle for increased density, and end up creating the density you are claiming to mitigate.

The recent struggle around Bus Rapid Transit in Berkeley is an example of this principle in action. The principle is well illustrated in the fact that the “need” for such a BRT system in Berkeley has been promoted, not based on current demand for bus service, but on projected future demand for bus service. This is one important reason that BRT with dedicated lanes on Telegraph was able to be defeated at this point in time, even though it was quite a battle.
But it is extremely important to realize that all the people who have fought so hard against this, and under a shadow of ideological rhetoric and elite consensus which was driving this project, have been fighting for more than issues revolving around bus service and traffic congestion. These people, knowing or not, have been defending our very quality of life based on the stone cold reality of what densification means for us.

The BRT full build proposal carried within itself triggers for allowing new developmental incentives which were more enormous than most people realize.[ The SMART Train is being built to unlock incentives for development in Marin, too] Suffice it to say here that the demeanor of Telegraph would have been incentivized towards dramatic changes in the coming decades: much taller, denser and with less protection for historic resources. The umbrella term under which all of these changes are officially founded is the Major Transportation Corridor, an important planning phrase to know, and one which carries with it many regulatory meanings.

Since an increase in density is highly impactful to people living in an already dense urban community, it is an important duty of local governments to protect their populations from these impacts to an extent which is reasonable. When city governments do not do that, then communities are left to fend for themselves. Berkeley just had a success in this regard, but
Berkeley is not alone in being in this position. The distressing conflict in incentivization between local governments and the people living on their streets exists everywhere, and continues to exist in Berkeley, too. If an area is desirable, one party benefits from densification, while others suffer.

But when communities do regulate their quality of life through successfully regulating their density, then haven't they simply acted selfishly by deferring the larger regional population problems to somewhere else? Actually, the answer is no. To grossly simplify, think of a community of life in a petri dish. The dish may be finite, but their desire to grow is not. At some critical point, as elbow room starts to disappear, individuals begin to realize that there is problem. This is very important because it creates "resistance" to continued growth, and that resistance is a bottom-up force which can percolate upward and actually have an ultimate effect on the growth itself.

Without this resistance, things would just continue to get worse and worse. A projection that our regional population will continue to grow and grow and that we must somehow accommodate that promotes the illusion that infinite growth is sustainable, and it's just not.

Creating resistance to that is actually a necessary feedback that keeps us from ultimately becoming the frog which explodes in the warming water.

So, defending this aspect of quality of life becomes a meaningful real world example of "thinking globally, and acting locally."
In the end it is the ultimate green answer.
Posted by Save Marinwood at 12:00 AM