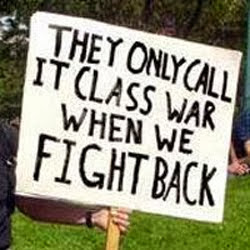 Historically, progressives were seen as partisans for the people, eager to help the working and middle classes achieve upward mobility even at expense of the ultrarich. But in California, and much of the country, progressivism has morphed into a political movement that, more often than not, effectively squelches the aspirations of the majority, in large part to serve the interests of the wealthiest.

Primarily, this modern-day program of class warfare is carried out under the banner of green politics. The environmental movement has always been primarily dominated by the wealthy, and overwhelmingly white, donors and activists. But in the past, early progressives focused on such useful things as public parks and open space that enhance the lives of the middle and working classes. Today, green politics seem to be focused primarily on making life worse for these same people.

In this sense, today’s green progressives, notes historian Fred Siegel, are most akin to late 19th century Tory radicals such as William Wordsworth, William Morris and John Ruskin, who objected to the ecological devastation of modern capitalism, and sought to preserve the glories of the British countryside. In the process, they also opposed the “leveling” effects of a market economy that sometimes allowed the less-educated, less well-bred to supplant the old aristocracies with their supposedly more enlightened tastes.

The green gentry today often refer not to sentiment but science — notably climate change — to advance their agenda. But their effect on the lower orders is much the same. Particularly damaging are steps to impose mandates for renewable energy that have made electricity prices in California among the highest in the nation and others that make building the single-family housing preferred by most Californians either impossible or, anywhere remotely close to the coast, absurdly expensive.

The gentry, of course, care little about artificially inflated housing prices in large part because they already own theirs — often the very large type they wish to curtail. But the story is less sanguine for minorities and the poor, who now must compete for space with middle-class families traditionally able to buy homes. Renters are particularly hard hit; according to one recent study, 39 percent of working households in the Los Angeles metropolitan area spend more than half their income on housing, as do 35 percent in the San Francisco metro area — well above the national rate of 24 percent.

Similarly, high energy prices may not be much of a problem for the affluent gentry most heavily concentrated along the coast, where a temperate climate reduces the need for air-conditioning. In contrast, most working- and middle-class Californians who live further inland, where summers can often be extremely hot, and often dread their monthly energy bills.

The gentry are also spared the consequences of policies that hit activities — manufacturing, logistics, agriculture, oil and gas — most directly impacted by higher energy prices. People with inherited money or Stanford degrees have not suffered much because since 2001 the state has created roughly half the number of mid-skilled jobs — those that generally require two years of training after high-school — as quickly as the national average and one-tenth as fast as similar jobs in archrival Texas.

In the past, greens and industry battled over such matters, which led often to reasonable compromises preserving our valuable natural resources while allowing for broad-based economic expansion. During good economic times, the regulatory vise tended to tighten, as people worried more about the quality of their environment and less about jobs. But when things got tough — as in the early 1990s — efforts were made to loosen up in order to produce desperately needed economic growth.

But in today’s gentry-dominated era, traditional industries are increasingly outspent and out maneuvered by the gentry and their allies. Even amid tough times in much of the state since the 2007 recession — we are still down nearly a half-million jobs — the gentry, and their allies, have been able to tighten regulations. Attempts even by Gov. Jerry Brown to reform the California Environmental Quality Act have floundered due in part to fierce gentry and green opposition.

The green gentry’s power has been enhanced by changes in the state’s legendary tech sector. Traditional tech firms — manufacturers such as Intel and Hewlett-Packard — shared common concerns about infrastructure and energy costs with other industries. But today tech manufacturing has shrunk, and much of the action in the tech world has shifted away from building things, dependent on energy, to software-dominated social media, whose primary profits increasingly stem from selling off the private information of users. Servers critical to these operations — the one potential energy drain — can easily be placed in Utah, Oregon or Washington where energy costs are far lower.

Even more critical, billionaires such as Google’s Eric Schmidt, hedge fund manager Thomas Steyer and venture firms like Kleiner Perkins have developed an economic stake in “green” energy policies. These interests have sought out cozy deals on renewable energy ventures dependent on regulations mandating their use and guaranteeing their prices.

Most of these gentry no doubt think what they are doing is noble. Few concern themselves with the impact these policies have on more traditional industries, and the large numbers of working- and middle-class people dependent on them. Like their Tory predecessors, they are blithely unconcerned about the role these policies are playing in accelerating California’s devolution into an ever more feudal society, divided between the ultrarich and a rapidly shrinking middle class.

Ironically, the biggest losers in this shift are the very ethnic minorities who also constitute a reliable voter block for Democratic greens. Even amid the current Silicon Valley boom, incomes for local Hispanics and African-Americans, who together account for one-third of the population, have actually declined — 18 percent for blacks and 5 percent for Latinos between 2009 and 2011, prompting one local booster to admit that “Silicon Valley is two valleys. There is a valley of haves, and a valley of have-nots.”

Sadly, the opposition to these policies is very weak. The California Chamber of Commerce is a fading force and the state Republican Party has degenerated into a political rump. Business Democrats, tied to the traditional industrial and agricultural base, have become nearly extinct, as the social media oligarchs and other parts of the green gentry, along with the public employee lobby, increasingly dominate the party of the people. Some recent efforts to tighten the regulatory knot in Sacramento have been resisted, helped by the governor and assisted by the GOP, but the basic rule-making structure remains, and the government apparat remains highly committed to an ever more expansive planning regime.

Due to the rise of the green gentry, California is becoming divided between a largely white and Asian affluent coast, and a rapidly proletarianized, heavily Hispanic and African-American interior. Palo Alto and Malibu may thrive under the current green regime, and feel good about themselves in the process, but south Los Angeles, Oakland, Fresno and the Inland Empire are threatened with becoming vast favelas.

This may constitute an ideal green future — with lower emissions, population growth and family formation — for whose wealth and privilege allow them to place a bigger priority on nature than humanity. But it also means the effective end of the California dream that brought multitudes to our state, but who now may have to choose between permanent serfdom or leaving for less ideal, but more promising, pastures. 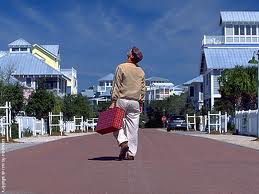 Joel Kotkin is executive editor of NewGeography.com and Distinguished Presidential Fellow in Urban Futures at Chapman University, and a member of the editorial board of the Orange County Register. He is author of The City: A Global History and The Next Hundred Million: America in 2050. His most recent study, The Rise of Postfamilialism, has been widely discussed and distributed internationally. He lives in Los Angeles, CA.