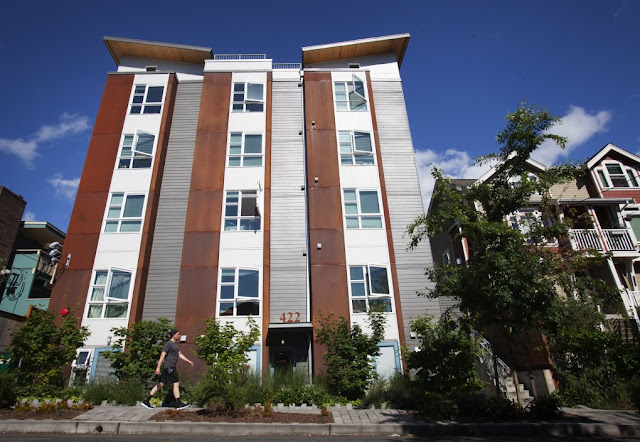 Big developments may be coming to Marinwood/Lucas Valley soon if SB 35 passes.

Wanted to alert folks to SF State Senator Wiener's Senate Bill 35 - the innocuously named "Housing Accountability and Affordability Act" - is likely to be enacted within a week. This has potentially radical consequences: - development in all qualifying cities and counties is now "streamlined"-all objections by residents, city council and planning commission are officially bypassed and effectively local control is over-ruled - this applies to all cities with over 2,500 residents AND... - cities that do not build enough affordable housing in each category of "affordable" incomes, few if any cities in our region achieve this. This moves the goalposts away from simply the city have a plan allowing enough units to be built to actually delivering permits allowing building to occur.


Many cities in the Bay Area have raised objections to this Senate Bill which ostensibly seeks laudable goals of addressing the shortage of affordable housing statewide.
State Senator Mike McGuire nails it by saying: "“Completely taking out the public’s role in this approval process is a mistake,” said Sen. Mike McGuire, a Democrat who represents Marin in the Senate. “I do feel that if the public is never involved in the approval process, that pendulum has swung maybe too far in one direction.”"

The bill has already passed the state assembly 17 - 5. It only needs to now pass the senate and is on the docket to do so this week, The implications are far reaching: - developers previously hesitant to build will now find all local considerations inhibiting development removed - to qualify new apartment blocks must have no more than one parking space per unit (creating parking over flow issues), it is presumed this will coerce or prevent new residents owning more than one car, which seems unrealistic. - affordable apartment units typically contribute about ~5% per unit to property taxes compared to a single family home owner; so when large numbers of affordable units are added this serves to put further upward pressure on local taxes and services (some of this I agree is acceptable, but SB35 may lead to excessive building and pressure) - only 10% or the minimum prevailing threshold of affordable units need be built (so most new units will be market rate). - units will most likely be taken by well paid SF and peninsular workers who will add to traffic congestion on 101. - building unions have secured wording requiring payment of union wages for buildings of over 75 units in larger cities. With this wording included they have applied pressure for this bill to pass.

Bottom line - where previously local oversight would limit or prevent developers building in flood planes, areas blocking views, causing traffic or parking issues, being built in polluted areas, being overly high or too many units you as a resident will not be able to go to anyone to raise concerns: the mayors, city councilors, supervisors, planning commission will all be powerless.

You can read the bill text here:
https://leginfo.legislature.ca.gov/faces/billNavClient.xhtml?bill_id=201720180SB35 I post this on Nextdoor as few know about this Senate Bill and it's far reaching consequences.
What can you do?

Take these ACTION STEPS Re: SB 35

This may be the last time you can voice any concern to a mid rise apartment block going up in your neighborhood.

Did anyone notice how we, the residents and taxpayers, are the last to know about this?
Posted by Save Marinwood at 10:49 AM

Email ThisBlogThis!Share to TwitterShare to FacebookShare to Pinterest
Labels: sb 35