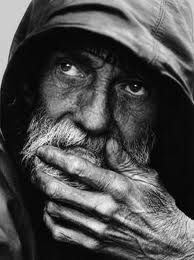 Homelessness is often described as a problem we must solve — and Los Angeles city and county now have expensive plans to do so.
As someone who has spent eight years working in nonprofit homeless services and studying homelessness, I’ve learned homelessness is also an industry designed to manage costs rather than challenge the mechanisms that create and maintain homelessness.
As George Mason University Professor Craig Willse shows in his book, “The Value of Homelessness: Managing Surplus Life in the United States,” homeless services don’t end homelessness; they manage it. While the industry is dominated by nonprofits, there is money to be made, and we have accepted the reality that homeless services are professionalized, and offer career opportunities and — sadly — a certain security.
Homelessness is not routine — it’s a deeply personal experience of suffering, and its causes are largely systemic. Many of the folks that I’ve met through my work became homeless because of the way their lives and choices were constrained by forces outside their control.
Of course, many people I serve have high psychiatric needs and chronic health conditions, but I don’t buy into the notion — common in popular, policy and academic interpretations of homelessness — that these conditions are the primary cause of homelessness.
Misplaced blame
I fear we have constructed an imaginary chronically homeless person — mentally ill, with substance abuse and other issues. That hides the structures behind their troubles — a criminal justice system that swallows up poor people, health care systems that underserve the poor and mentally ill, housing markets that don’t provide enough safe and affordable options. Framing homelessness as a pathology reinforces the legitimacy of the industry and places the blame for housing deprivation on the individual.
As a graduate student in applied anthropology at California State University Long Beach, I did life history interviews with people at Lamp Community, a nonprofit homeless services organization in Los Angeles. I found that lifelong courses of trauma and poverty caused housing insecurity that led people to become homeless. I also found that housing insecurity remains even once a person makes it from the streets to supportive housing. Of course, the committed work of staff in providing services and intervention can sometimes help them keep their housing. But all such efforts are temporary, because supportive housing, like the rest of the homeless industry, fails to confront the inequality, poverty, health care and other systems through which homelessness exists.
When Los Angeles declared a state of emergency in October and committed $100 million to address homelessness, I couldn’t help but see it through this more skeptical lens. Of course there will be folks who benefit from the infusion of millions of dollars into the homeless services industry. But expanding the industry doesn’t bring us closer to ending homelessness. So the state of emergency and funds appear more aimed at masking the visible reminders of our disparate economic and social systems.
As downtown Los Angeles gentrifies and a palpable tension between the newer tenants and those living on the streets grows, the pressure to better manage the homeless population mounts.
Many advocates have argued that housing should be considered a human right, but in our society it is first and foremost a commodity. Still many advocates adopt the argument that housing the homeless is cheaper than leaving them on the street, as a way of getting new policies and more funding. This demonstrates how effectively economics dominates the discourse of homelessness. Take the logic to the extreme, and you understand the horror of such thinking: If homelessness and costs shift so that abandoning homeless to the streets is cheaper, should we stop trying to find them housing?
Changing economic system
Of course I want to make a difference. That’s what drew me to the field of homeless services in the first place. But the poverty and trauma I’ve seen have convinced me that we are failing. The nonprofit industry and all our emergencies will not end homeless.
What will? Real advocacy that isn’t compromised by the funding of an industry. Advocacy that produces deep changes in how our economic system creates and responds to poverty, how we create housing, how people get the health care they need.
While I can focus on the day-to-day work — the great team I collaborate with, the amazing people I’ve met during my time in the field, and the ways we exercise compassion and attempt to lessen the harshness of our broader system — I’d rather simultaneously confront the hypocrite that I’ve become. I can’t help but encourage others caught in the web — advocates, case managers, clinicians, administrators, academics, politicians — to do the same.


Tully MacKay-Tisbert studied applied anthropology at California State University Long Beach and works for an organization in Los Angeles that provides support to homeless and vulnerable individuals. He wrote this commentary forZócalo Public Square.
Posted by Save Marinwood at 12:00 AM