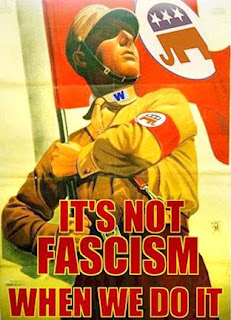 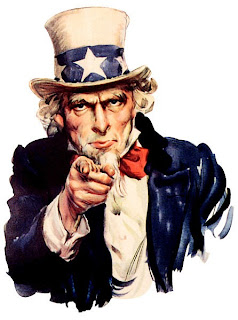 What is Civility? In the context of democratic debate, civility is about how people treat each other. Civility involves the display of respect for those who have positions with which one disagrees.

Even though disagreement plays a necessary role in governance and politics, the issue is how one expresses that disagreement. The key is to focus on the strengths and weakness of proposed solutions to community problems—not to engage in personal attacks against those who favor different solutions.

An even more powerful leadership strategy is to listen for the concerns and values that underlie people’s diverse perspectives to try to identify points of agreement and common ground.

• Embrace Diverse Points of View. Local officials are grappling with difficult policy challenges. Bringing as many perspectives on what might be the best solution to a given problem increases the likelihood that the solution will indeed be successful and enduring. A goal is to create a culture of tolerance for differing points of view that credits everyone with having the best interests of the community in mind.

• Everyone Gets a Chance to Share Their Views. Voltaire said "I may not agree with what you say, but I will fight to the death for your right to say it." Everyone’s right to have their view heard is a central democratic value. Conversely, a strategy that relies on drowning other perspectives out usually results in a turning up of the volume and corresponding decreases in civility in discussions

• With Rights Come Responsibilities. For there to be time for everyone to weigh in on an issue, there may need to be reasonable time limits on how long individuals speak. The goal is to create a culture in which as many people as possible (including decisionmakers) are respectful of other people’s time in attending and participating in the meeting.

• Avoid Debates and Interruptions. Interruptions should be discouraged so that individuals have the opportunity to complete their thoughts. A good practice for everyone participating in the conversation is to make a note of a question or different point of view that occurs to you when someone is speaking and then address that issue when it is one’s turn to speak. This is an especially important approach for decision-makers to model.

• The Importance of Listening. Listening is an important sign of respect, as is giving others the opportunity to listen. Decisionmakers’ active interest in what people are saying is vital. Repeating back core points that a speaker makes reassures the speaker that their message has indeed been heard— even if one does not necessarily agree with it. The mood turns ugly if the public thinks the matter has already been decided, decision-makers don’t care about public input, or decision-makers are being impolite or disrespectful of the public they serve. Everyone attending a meeting should respect other attendees’ right to both listen and be heard. One person should talk at a time, any private conversations should be taken outside or deferred, and smart phones should be turned off (texting and emailing should not occur during the meeting).

• Be Compassionate About the Fear Factor/ Heckling and Applause Not Allowed. Polls suggest many people fear public speaking. This fear can come from concerns aboutbeing judged negatively or having ideas that people will ridicule or reject. Allowing cheering and booing or other forms of heckling discourages people from sharing their views (even silence or no applause can be perceived as rejection). It also runs the risk that those that do speak will focus more on getting applause than moving the conversation towards addressing difficult issues. (Eye-rolling and grimacing can be non-verbal forms of heckling and also have no place in communities that value mutual respect.)

• Separate People from The Problem. Personal attacks or questioning people’s motives or character rarely moves the conversation forward to a solution of a problem. In the book about effective negotiating called Getting to Yes,  the authors encourage negotiators to attack the problem, not the people involved in the problem. Anything that approaches name calling should be off limits.

• Consider Using Titles. Referring to each other by title and last name (Supervisor Hassan, Council Member Lee, Board Member Aviña) can serve as a way of showing respect that an individual has been elected and is participating in the conversation in that capacity. Using similar forms of respect for members of the public (Mr., Ms, Sir, Madam) when speaking can also reinforce the notion that everyone is engaged in a special kind of discussion. Community norms vary, however, and in some communities this may be perceived as an affectation.

• Take a Break. If conversations get heated, consider taking a break. As one veteran observer of public meetings noted “time can be an anti-inflammatory agent” that can give people a chance to calm down and restore order.

See the full article HERE  and more tips for better local government HERE
Posted by Save Marinwood at 10:38 AM