One Party Rule in California 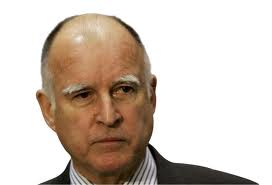 Joel Kotkin: One-party rule is no party in California

Published: June 20, 2014 Updated: 4:43 p.m.
Forty years ago, Mexico was a one-party dictatorship under the Partido Revolucionario Institucional, hobbled by slow growth, soaring inequality, endemic corruption and dead politics. California, in contrast, was considered a model American state, with a highly regarded Legislature, relatively clean politics, a competitive political process and a soaring economy.
Today these roles are somewhat reversed, and not in a good way for the Golden State. To be sure, corruption remains endemic in Mexico, where the PRI ruled for some seven decades. But now, there is a vibrant, highly competitive political culture, with three strong parties and at least some movement toward economic reform. Thirty percent of Mexicans, according to Gallup, trust their federal government, a level not all that different than in the United States.
But if Mexico’s governance can be seen as at least gradually improving, it’s more difficult to reach that conclusion about the Golden State. California is now a one-party state, with increased corruption and little to no willingness to reform its creaky, scarily unbalanced economy. Californians, by a large margin, think things are getting worse, rather than getting better.
We can call this trend PRI-ization, and nowhere is it more evident than in our state’s increasingly torpid politics. As there is no real competition for power or for ideas, voter turnout, at both the local and state levels, has plummeted to the lowest levels on record. June’s primaries attracted barely 25 percent of the electorate, while the Los Angeles County turnout was just over 17 percent.
When I voted this month in my San Fernando Valley precinct, I brought my 9-year-old daughter, but she didn’t get to see democracy in action. She saw an empty church basement with a bunch of pleasant election workers sitting around with not much to do.
This lack of voter enthusiasm could be explained, in part, by a lack of competition between the parties statewide. But it goes deeper than that; even the nominally nonpartisan recent Los Angeles mayor’s race, while highly competitive, also broke modern records for low turnout.
Monopolistic mess
Let’s be frank. California’s democracy is fading, the result of one-party politics, a weak media culture and a sense among many that politicians in Sacramento (or city hall) will do whatever they please once in office. As under the old PRI in Mexico, a lack of competitive politics has also bred the kind of endemic corruption with which California, in recent decades, was not widely associated.
The case of state Sen. Leland Yee, the Bay Area crusading liberal now accused of being a wannabe gun-runner, was just the most extreme example. If Yee is convicted and sent to jail, he might be joined by two Senate colleagues, one convicted of voter fraud and the other of bribery. The scandals have damaged the Legislature’s approval ratings.
Republicans and conservatives tend to blame such embarrassments on Democrats, just as the long out-of-power outsiders linked Mexico’s corruption to the PRI monopoly. But, in many ways, it reflects the dynamic, also seen in Republican-dominated states, such as Mississippi, or in Vladimir Putin’s Russia, of those who see no threat to their monopoly taking license to steal or otherwise abuse the law.

Arguably more disturbing than petty corruption is the inability of our politicos, as during the PRI’s heyday, to confront serious challenges facing the state. Low voter turnouts basically mean politicians don’t have to answer to middle-class or working-class voters; instead, they listen mostly to outside special interests such as public employee unions, environmentalists and social-issue lobbies. Union members have an incentive to show up at the polls to protect their pay and pensions, and issue activists will vote for those who support their line. It just seems that the rest of us have given up.
Perhaps the biggest shift in California’s balance of power is in the diminished role of business. In the days when California produced contending political giants – like the late Govs. Edmund G. “Pat” Brown and Ronald Reagan – businesses lined up on both sides of the aisle, albeit more on the Republican side – but there also was a strong contingent of “business” Democrats.

Today, California business operates solely for the purposes of accommodating the economic agenda of an increasingly left-oriented Democratic Party; supporting an opposing party – or even more moderate Democrats – increasingly is no longer an option to influence policy.

Indeed, one of the negative products of one-party politics has been an ever greater shift away from the political mainstream. With turnouts tiny and business largely gelded, the “base” of the ruling party tends to get its way. So, California gets to try being the greenest state in the land, even as much of the state lives in a virtual permanent recession. In the process, politics becomes ever more marginal, and ever less responsive to what is happening to the citizenry.

We see much the same on the local level. Los Angeles, even much of its establishment admits, is becoming a “city in decline,” with the highest job losses, some 3.2 percent, of any of the 32 largest U.S. metro areas since 1990. But L.A. city and county leaders have little stomach for the reforms that would be necessary to turn the region around, in large part because it might offend their public employee paymasters. Fixing the potholes might please neighborhood residents, but since they mostly don’t vote, who cares?

So instead of a tough problem solver, we have a mayor who likes to take “selfies” to show how “with it” he is, and a City Council that thinks ultraexpensive solar energy projects and subsidizing Downtown hotels will actually turn around a torpid municipal economy. But such largesse will reward the special interests who build these systems, the unionized workers at the new hotels and speculators in Downtown real estate.

None of this will do anything to help the Valley, East L.A., Watts or even the Westside.

Sadly, it’s hard to see how this trend will turn around soon. Tax and regulatory policies are making the state toxic for many businesses and middle-class families. The number of poor, state-dependent voters grows, and business, outside of a few sectors, is stagnant or in decline. In the glory days of California politics, Democrats and Republicans vied for suburban middle-class voters; now, they don’t have to bother.

This is all made worse by the descent of the Republicans into near irrelevancy. The GOP barely escaped nominating for governor a nativist, Tim Donnelly, who accused his Hindu opponent Neel Kashkari of wanting to import Shariah law. It might have occurred to Donnelly that Hinduism is very different from – and often in serious conflict with – Islamic fundamentalism.

Until the Republicans develop some basic sense and offer a compelling social and economic message for an increasingly diverse state, they will remain bit players.

Oddly, unless this trajectory is reversed, we may look back at this time and wax nostalgic about the Jerry Brown years; Brown may be a bit over-the-top on some issues, such as his dodgy high-speed rail plan, but at least he’s not mindlessly ideological.

Just wait four years, when a full-bore true believer, the glamorous Attorney General Kamala Harris, could well become governor and tries to remake this amazing, diverse state into a more impoverished version of California’s real political capital, San Francisco. If business finds getting along with the somewhat mercurial Brown to be, literally, taxing, they will find the more pure-left regime that may follow him a far more onerous task.

Ultimately, the only hope may come when the grand delusions of our political elites – financed by the social media bubble, the stock market and high-end real estate speculation – finally come crashing down. When there is no one left to tax, and no way to borrow more, and the shift elsewhere of high-wage employment too obvious, perhaps then middle-class and working-class Californians will demand alternatives to the status quo. At that point they might even find reasons to go to the polls again.


Staff opinion columnist Joel Kotkin is R.C. Hobbs Professor of Urban Studies at Chapman University. He is the executive editor of www.newgeography.com. His next book, “The New Class Conflict,” will be released in September by Telos Press Publishing.
Posted by Save Marinwood at 3:40 PM