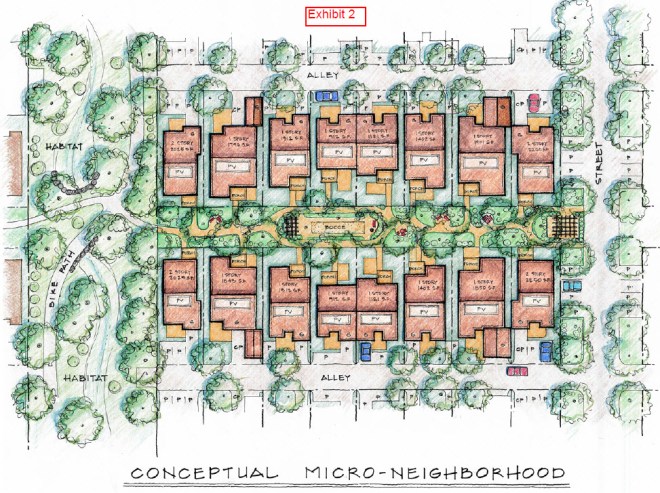 Urban farming is in the air and California is setting an example by creating the first American housing project of its kind with an urban farm built intentionally in the center of the community. The farm will be 7.4 acres and will include a teaching center for sustainable farming. Some 547 new homes have been built around the farm.
This is no straw bale hippy paradise, but fulfilling the dreams of mainstream urbanites who want the pleasures of big, single dwelling homes with access to fresh, local, organic produce.
The project is called The Cannery, and this Saturday 14 model homes will go on sale. Owned by NEW HOME (NYSE: NWHM) this event marks California’s first farm-to-table new home community. It is located in Davis, Calif. 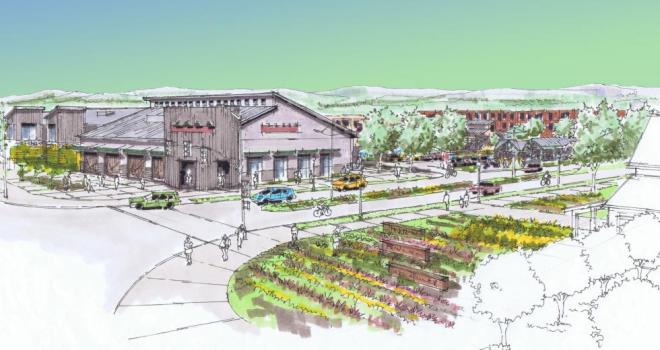 “We have worked extremely hard over the past several years to get to this moment,” said Kevin Carson, Northern California President for NEW HOME. “The Cannery is unlike any other community in the western United States and it has truly been a rewarding experience to contribute to such an innovative concept.
RELATED: flux device uses social connections to advance urban farmers
Through a collaborative effort with the Center for Land-Based Learning of Winters, Calif., the Urban Farm will serve as a state-of-the-art example of sustainable urban farming and as an agri-classroom for students and beginning farmers.
“To see The Cannery today becoming a viable farm community is not only personally exciting for me, but also one of the most fulfilling accomplishments in my career,” said Craig McNamara, founder of the Center for Land-Based Learning. “The Cannery Urban Farm honors what I believe in most: Connecting eaters directly to food.”
Hear, hear. Let’s here of more projects like this multiplying across the US and the world.
::Cannery Website
Posted by Save Marinwood at 9:47 AM