Meet the worst transit project in America
(Soon to be replaced by the SMART train and the Stupid Fairfax Trolley if approved).
Don't miss stories. Follow Vox!
With Detroit suffering from massive population loss and an inability to keep up its basic infrastructure (see the water crisis, or the city's many non-functioning traffic lights) it certainly seems odd to be spending tens of millions of dollars on a short new streetcar line. But while Jim Epstein's Reason article asking "Is Detroit's New Light Rail Line America's Greatest Boondoggle?" raises many good points about the project, the sad reality is that it's not even close to being the most egregious boondoggle going. The current fad for streetcar construction is actually bequeathing quite a large number of terrible projects to the country. And the very worst of these — like Washington, DC's maybe-opening-soon streetcar line — aren't just expensive, they actually make mass transit worse. And bad transit helps trap poor people in poverty.
The original sin of every bad streetcar program is this: it doesn't have a dedicated lane.
Without a dedicated lane, a streetcar can't really run much faster than a bus under ideal conditions. And since unlike a bus, a streetcar can't shift out of its lane to avoid an obstacle, in real-world circumstances it's likely to move slower than a bus. There are some objectives related to real estate development and tourism that this kind of project can serve, but they're nearly useless in terms of transportation.


But wait — it gets worse

The DC Streetcar plan (DDOT)
The thing about adding a slower-than-a-bus new vehicle to the curb lane of a street is that not only is it expensive it slows the buses down. In a case like Detroit where the city doesn't have serious traffic congestion this isn't necessarily an issue.
But in Washington and other cities where buses struggle with rush hour traffic, slowing them down is a problem. Of course, slower buses aren't a problem in cases where a new streetcar fully replaces an existing bus line. But, again, consider the case of the DC Streetcar. Along its very limited route it replicates the path of the existing X2 bus line, slowing it down. But rather than following the X2 deep into the Central Business District, the streetcar line will simply stop near Union Station. Consequently, for a person seeking to commute from the H Street area to downtown or for a downtown worker trying to head to H Street's bars and restaurants after work, the existence of the Streetcar will make mass transit slower and less convenient. That's a hard trick to pull off, but they've managed it. 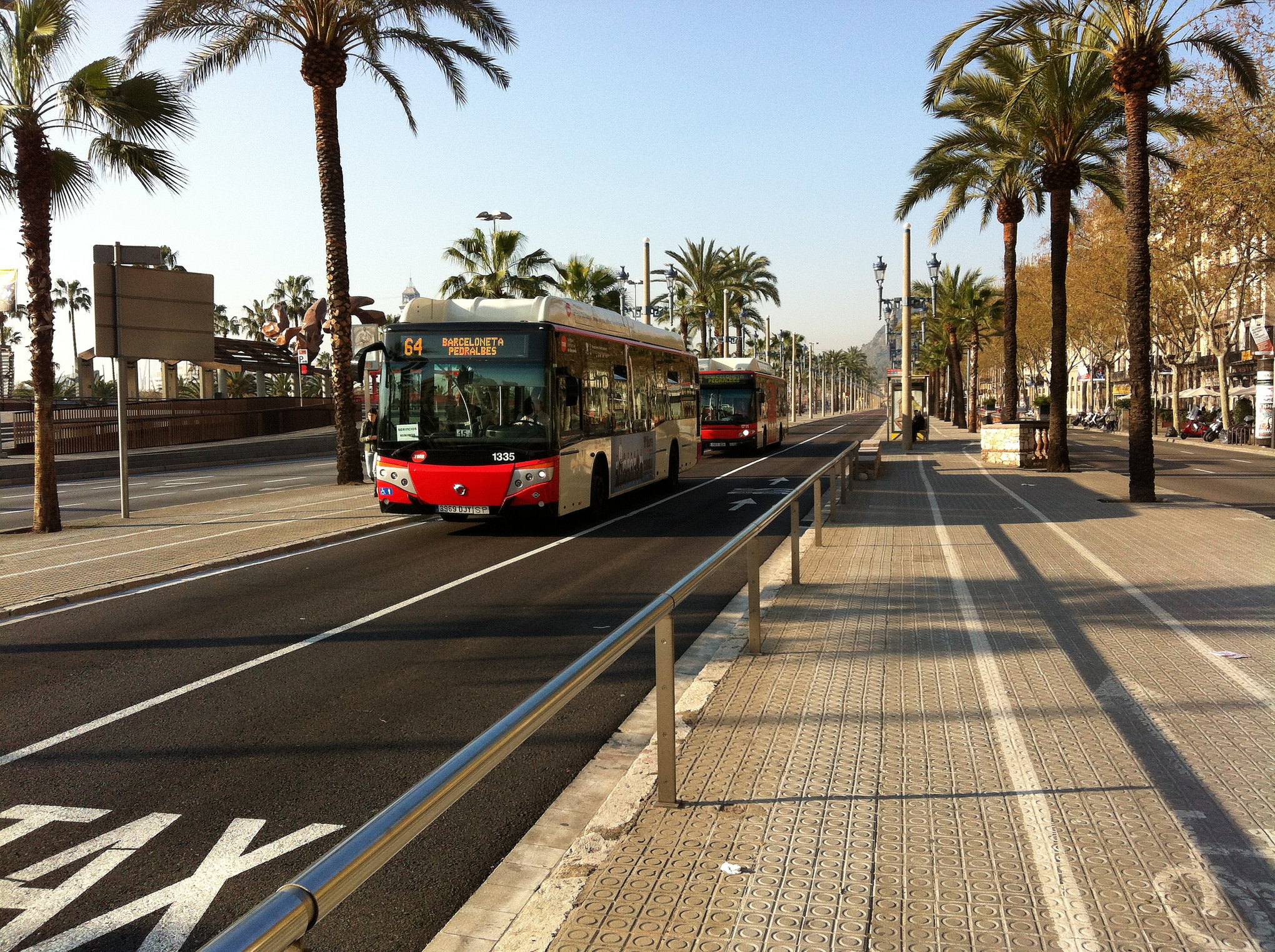 Dedicated bus lane in Barcelona, Spain (Andrew Nash)
Mass transit advocates don't like it when people harp on the failings of high-profile transit projects. But the very worst of these projects are so bad that they actually make transit worse. More broadly, nobody is worse-served by wasting resources on bad projects than transit riders themselves. The problem is that securing funding for a boondoggle often seems more politically realistic than the harder problem of tackling the entrenched interests of (heavily subsidized) frequent car drivers.
The only way to make a new surface rail project work is for it to have its own dedicated lane over significant portions of its route. To achieve that requires seizing road space from drivers and allocating it to transit instead.
And of course the same trick — dedicated lanes — works to greatly improve bus service. Given a dedicated lane, the question of whether the additional benefits of streetcar are worth the price tag is an interesting debate. But absent dedicated space for transit, filling the road with mixed-traffic streetcars is at best a waste and at worst a disaster that will actually slow existing transit down.
Posted by Save Marinwood at 12:00 AM