Ohhhh yes, the red blood underneath my brown skin is boiling. This Obama educrat has stepped in it. Big time. Race card-wielding Education Secretary Arne Duncan is nothing but a corrupt and bankrupt bigot.

We’ll get to his diatribe in a moment. But first, let’s step back for some perspective, reflection, and background on this pivotal moment in the battle against Common Core.
In January, I launched the first in my ongoing blog and column series on the perils and pitfalls of Common Core. Grass-roots parents, educators, analysts, and activists had been working hard at the local and state levels to turn back the top-down, Big Government/Big Business. I vowed at the beginning of the year to do everything in my power to spread the news of their work and to add my own voice because this battle is near and dear to my heart. It’s not just “business” for me. It’s personal. Here’s what I wrote on January 23 when I kicked off my project:


This year, I’ll be using my syndicated column and blog space to expose how progressive “reformers” — mal-formers — are corrupting our schools. One of my New Year’s resolutions is to provide you in-depth coverage of this vital issue that too often gets shunted off the daily political/partisan agenda. While the GOP tries to solve its ills with better software and communications consultants, the conservative movement — and America — face much larger problems. It doesn’t start with the “low-information voter.” It starts with the no-knowledge student. This is the first in an ongoing series on “Common Core,” the stealthy federal takeover of school curriculum and standards across the country. As longtime readers know, my own experience with this ongoing sabotage of academic excellence dates back to my early reporting on the Clinton-era “Goals 2000″ and “outcome-based” education and extends to my recent parental experience with “Everyday Math”.
The good news is that grass-roots education and parental groups, brave teachers, and professors are fighting back.

And they’re winning. Big time. Over the last 10 months, Common Core has imploded under withering scrutiny from the tax-paying public, informed parents and educators, and more national media. States under both Republican and Democrat governors have adopted moratoria on the untested standards, withdrawn from the costly testing consortia, and retreated from partnerships with Common Core-promoting educational software data-miners like inBloom.

There’s much more to the fight than simple left-right divisions. The Common Core peddlers include meddling, Fed Ed Republicans from Jeb Bush and Mike Huckabee to progressive billionaires Bill and Melinda Gates to Newscorp. media giant Rupert Murdoch and dozens of educational corporate special interests that stand to gain billions from the Common Core testing/textbook/data-mining boondoggle.

As I’ve reported, the nationwide revolt against Common Core’s constitutionality, costs, dubious quality, threat to local control, and privacy invasions has proponents in a panic. They’ve resorted to demeaning dissenting parents and educators and abusing their power to stifle all challenges to their authority.


U.S. Education Secretary Arne Duncan told a group of state schools superintendents Friday that he found it “fascinating” that some of the opposition to the Common Core State Standards has come from “white suburban moms who — all of a sudden — their child isn’t as brilliant as they thought they were, and their school isn’t quite as good as they thought they were.”

Yes, he really said that. But he has said similar things before. What, exactly, is he talking about?

In his cheerleading for the controversial Common Core State Standards — which were approved by 45 states and the District of Columbia and are now being implemented across the country (though some states are reconsidering) — Duncan has repeatedly noted that the standards and the standardized testing that goes along with them are more difficult than students in most states have confronted.

The preposterousness of Duncan’s tirade is outweighed only by its arrogance and falsehood. 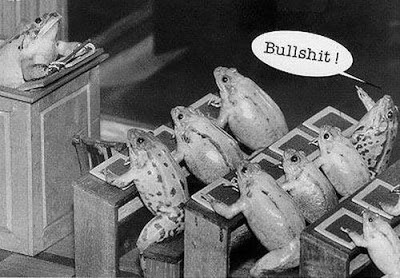 As a brown-skinned suburban mom opposed to Common Core, I can tell you I’ve personally met moms and dads of ALL races, of ALL backgrounds, and from ALL parts of the country, who have sacrificed to get their kids into the best schools possible. They are outraged that dumbed-down, untested federal “standards” pose an existential threat to their excellent educational arrangements — be they public, private, religious, or homeschooling.

Duncan’s derision betrays the very control-freak impulses that drive Common Core. He presumes that only technocratic elites in Washington can determine what quality standards and curricula look like. He pretends that minority parents and students in inner-city charter and magnet schools with locally-crafted, rigorous classical education missions simply don’t exist. A textbook liberal racist, Duncan whitewashes all minority parents and educators who oppose Common Core out of the debate. And he condescendingly implies that the only reason “white suburban moms” object to Common Core is that their children are too dumb to score well on tests that are…a complete and utter mess.

As Brittany Corona noted earlier this summer, educators in New York and Kentucky outlined multiple problems with the assessments that Duncan champions:


Earlier this month, 49 New York principals wrote a letter to New York education commissioner John King explaining the problems teachers are finding with the Common Core assessments. While the principals state that they agree with Common Core in theory and are “are committed to helping New York realize the full promises of Common Core,” they write that its implementation has been haphazard:

Because schools have not had a lot of time to unpack Common Core, we fear that too many educators will use these high stakes tests to guide their curricula, rather than the more meaningful Common Core Standards themselves. And because the tests are missing Common Core’s essential values, we fear that students will experience curriculum that misses the point as well.

The New York principals reported problems with the assessments, including:
Difficult and confusing questions (some on unrelated topics).

Unnecessarily long testing sessions—“two weeks of three consecutive days of 90-minute periods”—that require more “stamina for a 10-year-old special education student than of a high school student taking an SAT exam.”
Field-test questions that do not factor into a child’s score but take up time.
Confusing directions for the English language arts sessions.
Math problems that repeatedly assess the same skill.

Multiple choice questions that ask the student to choose from the right answer and the “next best right answer.” The fact that teachers report disagreeing about which multiple-choice answer is correct in several places on the English language arts exams indicates that this format is unfair to students.

Last month, the Kentucky Department of Education “discontinued scoring for all constructed-response questions in each of the four CCSS-aligned high school end-of-course exams.” Leaders said that the slow turnaround times for scoring and lack of diagnostic feedback on how scores are determined would cause the results to be delayed past the end of the school year.

In two states in which the Common Core assessments have been tried, they have posed problems. Both New York and Kentucky should be red flags for states moving forward with Common Core implementation.

If Arne Duncan thinks his comments are going to tame and marginalize the Stop Common Core movement, he’s got another thing coming. As I noted earlier this month, Common Core is a sleeper ballot box issue that will shake both sides of the aisle for months and years to come. The Davids are exercising their freedoms of speech and association to beat back the deep-pocketed Goliaths at their schoolhouse doors.

Stop Common Core moms of all colors have done their homework, brought their arguments and evidence to their school boards and state legislatures, and acted responsibly to protect their children’s best interests.

Arne Duncan, I will continue to do everything in my brown-skinned suburban mom power to keep your smug, grubby hands off my kids’ education. I know I’m not alone.