My Conversation with an ABAG Central Planner

me: "Hello, I'd like to learn more about the Marinwood Priority Development Area (PDA).  Can you help?

planner (cheerfully):  "Well not specifically about the plan for Marinwood but I can tell you about   PDA program in general."

me: "Okay,  I am just trying to figure out what it means to be a part of the PDA in Marinwood.  I understand someone had to apply for it, so I would like to know who applied for it and on what criteria"

planner (cheerfully):  The PDA program means that there are more funds available for certain kinds of development to mitigate transportation issues. Transportation dollars will be given for improvements to provide access to equitable transportation access.

me: "Marinwood is a bedroom community,  we have hardly any transportation issues. We won't be building freeways here. What are we going to do with transportation dollars?"

me: " But why Marinwood? We are mostly single family homes. We hardly have bus service and the SMART train doesn't have a stop close by."

planner:  " Isn't there a run down strip mall that was proposed for redevelopment?  That project if it meets certain criteria will qualify the community for funds.  In 2007 Marin and community members approved the project for mixed use housing and retail"

me: "That is true but the other project was PRIVATE development and would be required to pay hefty mitigation fees.  The units would be high priced condos not the low income, taxpayer subsidized housing that is being proposed now."

me: " Wait a minute.  I have lived here since then.  There were never any public meetings or announcements.  Where can I find out who filled out the paperwork and made it a PDA. Most of the community doesn't know there is a PDA here.

planner: (cooly) " There were meetings and a resolution."

[ In fact the community did not agree on the Bridge Housing proposal. Since 2007 there has been a renewal of the community with young families. Over 43% of current residents have moved in since 2007. ]

me: "this is crazy.  It sounds like very facist decision making.  We live here.  We NEVER were involved with the process" 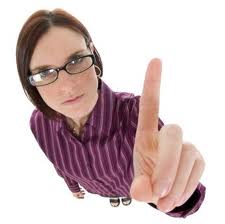 Only a few political insiders knew anything about the coming plans. Most of the "neighborhood leaders"  were hand selected to provide the illusion of a "public process".  These leaders did not make their participation public until the October 27, 2012.  Even then, many of them did not dare to show up to share their support of the process.

Four of the Five CSD Directors were "Neighborhood Leaders" participants in the planning process (Cyane Dandridge, Bill Hansell,  Leah Green and Bruce Anderson).  All had a duty as elected officials to inform the public of what was happening with the project from their date of participation.   Only Bruce Anderson showed up at the meeting (He orginally suggested a development in 2000).

Cyane Dandridge actually served on the county planning group that selected six sites in Marinwood-Lucas Valley for affordable housing.  We have 83% of all affordable housing in all of unincorporated Marin.  When I asked her about her involvement, she told me that she "didn't attend many of the meetings" The effect of her recommendations, may grow the community by 25%.

Do we live in a democracy?
Posted by Save Marinwood at 4:22 PM