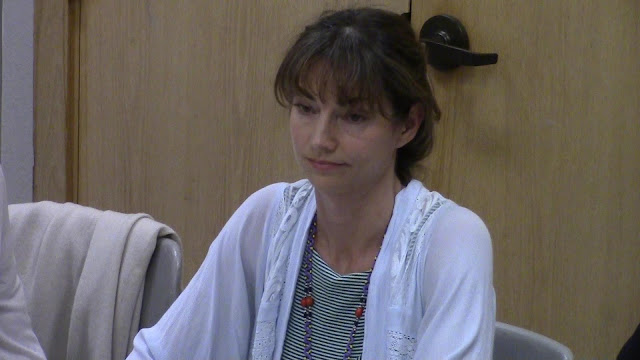 A surprise resignation by Marinwood CSD board president, Leah Green was announced at the October 8, 2019 board meeting.  Leah's term has been frought with questions about her personal conflict of interest with the hiring of Bill Hansell, former CSD director as the architect for the Marinwood Maintenance Facility project in February 2017.  Her colorful leadership style included frequent interruptions of speakers as though she were conducting a jurist inquistion instead of a public meeting.  She was instrumental in numerous unnecessary litigation that has mired Marinwood CSD in legal debt and advocated for a police presence at meetings so she could call for the public to be removed.   Since no laws were ever broken except by the Marinwood CSD infringing on the public's right of redress, no one has ever been removed from a Marinwood CSD meeting .