The Social History of the Dixie District

The Early Period- Before 1843
Indian Life

The Indians who lived in what is now the Dixie School District as early as 1,500 BC, and who may well have lived here for hundreds of years before that, were the Coast Miwok and their ancestors.  Culturally they were similar to the Pomo Indians, their neighbors to the north; however, they spoke a different language.
Coast Miwok Indians lived in tribelets which consisted of a central village and several associated settlements, and might include 100 or more people.  Each tribelet had a headman (hoipu) or headwoman (maien), who was an adviser and settler of disputes.  This person also welcomed and entertained visitors and was responsible for making speeches on special occasions.


The triblet which lived in the valleys which are now Terra Linda and Lucas Valley- Marinwood identified themselves with the central village site, Cotomko’tca (Grasshopper Houses), which is behind Miller Creek School.  Editor's Note: Charles Slaymaker, preeminent archealogist has mapped SEVENTEEN Miwok settlement sites within Marinwood Park and Miller Creek School.  It was the central village location for the Coastal Miwok people in Eastern Marin County. 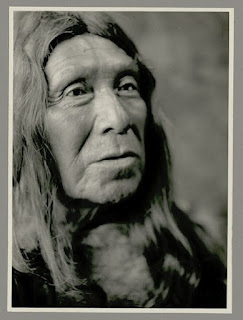 The Coast Miwok were hunters and gatherers.  Food in great variety and abundance could be found in the pleasant climate.  From the bay and marsh lands, which then extended to what is now Highway 101, they took shellfish, fish and water fowl.  Rabbits and quail were always available, and in the hills and valleys could be found deer, elk and antelope.  Wild berries, roots and bulbs provided fruit and vegetables.  A staple of their diet was the ample supply of acorns from the huge oaks found throughout this area.
Because of the mild climate, single family shelters made of reeds called tules were not expected to last more than a season or two.  Sweat houses, which were semi-subterranean, framed with wood and roofed with woven branches, tules and clay, were more permanent structures.  Like many other California Indians, the people of Marin used sweat houses for purification and cleansing before hunting, and as meeting and sleeping quarters for the men.
Each central village community had a dance house, a circular, semi-subterranean building with the floor 30 to 50 feet in diameter.  Several of these floors, at different levels, the remnants of dance houses dating from different periods in time, have been found by archeologists at Cotomko’tca on Miller Creek.
Ceremonies and dances played a large part in tribelet life.  Elaborate feather costumes and headdresses, decorated with bone hairpins, shell beads and abalone ornaments, as well as special body paint designs, were used for these dances.  Some dances were accompanied by cocoon or split-stick rattles, whistles, and foot drums, as well as by singers.  Bone and shell fragments, all that remain of the beautiful costumes, have been found at Miller Creek.
Often found in Marin are stone mortars and pestles, used for grinding acorns, other seeds and body paints.  Less well known are the Coast Miwok Baskets.  The few specimens still remaining show fine workmanship.  Early descriptions and basketry impressions in clay from archeological sites confirm the basketry was a highly developed are.  Large conical baskets supported by tumplines around the forehead were used to carry bulky and heavy loads.  Watertight baskets were used for cooking; hot rocks dropped into the basket’s contents brought them quickly to a boil.  Finely wrought hairnets, as well as nets used for trapping small animals and birds, were further evidences of the weavers’ skill.
Boats used by the Coast Miwok were made of tules bundled and tied in a canoe-like shape.  Indians with such a vessel in San Francisco Bay appear in an 1816 painting; Drake’s chronicler, Fletcher, described a similar craft.
Clothing was needed only in inclement weather.  Men usually wore nothing; women wore skirts or aprons of shredded bark or tules, or fringed deerskin.  Woven fur blankets were also worn.  Hair was worn loose, confined in a net, or tied up in a knot or club.  Women’s chins were sometimes tattooed; both men and women wore ornaments in their pierced ears or noses.
Chipped stone was used for many purposes.  Chert, which is native to Marin, is common in archeological sites in the form of cutting tools, scrapers and drills.  Obsidian, volcanic glass traded from northern California, was fashioned into projectile points for arrows and spears, as well as knives, and into large blades with no practical use but valued as items of wealth.
Round white clam disk beads were made and traded widely as a form of money.  The small olive shell beads were decorative only.  From abalone shells were made pendants and ornaments for dance costumes.  All of these have been found at Miller Creek.
Early explorers fond Bay Area Indians to be peaceful and friendly.  Accounts by Francis Fletcher who accompanied Francis Drake (1579), Cermenho (1595), whose ship was wrecked off Limantour Spit, and Father Vicente Santa Maria who accompanied Ayala (1775) on the San Carlos, the first ship to enter San Francisco Bay, all remark on the Indians’ friendliness and lack of antagonism toward the newcomers.
Mission Period
In 1776 the Mission Dolores in San Francisco was founded.  Coast Miwok Indians, tempted by offers of food and clothing and by religious ceremonies, music and processions were taken there early, as well as to the missions at Santa Clara and San Jose.  The people of Cotomko’tca were close to the main travel route along the bay shore and probably were among the first to go.
The Indians were accustomed to the hard work of procuring and preparing food and shelter.  However, their work schedule was tied to need and to seasonal food supplies.  At the missions a set daily work routines was enforced.  Indians were also hired out to work for the military establishment at the Presidio.  Any payment for this work went to the missions, rather than to the Indians.  Those who attempted to leave and return to their homes and previous ways of life were brought back by soldiers and punished.
Poor nutrition, even famine, contributed to the Indians’ dissatisfaction with mission life.  Tuberculosis infected many.  In 1816, a measles epidemic killed almost every child under 10 at the Mission Dolores.
In 1817 the Mission San Rafael was founded as an asistencia, or hospital mission, to try to cope with the widespread illness among the mission inhabitants.  Upon its opening, the Marin Indians who were still free were brought into the mission system.
When the missions were secularized between 1834 and 1836, a large tract of land was set aside in the Nicasio area for the surviving Marin Indians.  This soon was taken over by ranchers, and the few remaining Coast Miwok were relegated to menial jobs if they were employed at all.  Although there were a few attempts at self defense and even rebellion, which were well publicized and used to justify strong suppressive measures, the history of these people was coming to an end.  None are left today.
Syliva B. Thalman
Miwok Archeological Preserve of Marin
Posted by Save Marinwood at 12:00 AM