Free-marketers are often ridiculed for suggesting the welfare state can be substantially replaced by free enterprise: that we’re smoking funny weed to even suggest that able-bodied adults would be better off with more invigorating freedom instead of a debilitating dole..
The Case of Taiwan
Well, we have a fantastic case study in exactly this: Taiwan. With a GDP per capita about half US levels -- between Spain and Portugal -- Taiwan has a tiny welfare state paired with regulations that are both light and lightly enforced.
Result? An explosion in commerce, and apparently near-zero homelessness. Walk anywhere in a Taiwanese city and the streets are alive, all day and all night, with a rotating cast of pop-up businesses that employ mainly low-skill labor while making life a joy for consumers.
Hundreds of jobs, small rivers of entrepreneurial income all running off one little street.
To give a flavor, take one street near my university, Wenhua St. in Taichung. Starting around 5am, farmers drive in and spread out their produce on folding tables along the street. Shoppers are diverse: elderly who can walk instead of driving out to a megastore, mothers with kids, fathers cooking up breakfast.
Around 7am the farmers pack up and in move the breakfast joints, unloading folding tables and stacking chairs off their pickup trucks. Sandwich places, noodle shops, omelettes and full English breakfast. These go until a bit past noon, when they fold up everything on their trucks and out come the night crew: a different set of restaurants selling fried chicken or dumplings, vendors selling clothes, watches, kids’ toys. As the night wears on the beer joints open, selling hot soup and a cold beer. Families, teens, and singles throng the streets until 3am, when the street cleaners come out in preparation for the farmers coming at 5.
So hundreds of jobs, small rivers of entrepreneurial income all running off one little street. Each patch of street is recycled 3 or more times a day according to what customers want. And none of it would be legal in most US cities.
The Beauty of Laissez-faire
Three interesting results come out of this laissez-faire approach to small commerce. First, streets in Taiwan are full of shoppers all day and all night. There are none of those dangerous urban deserts that abound in American cities like DC and New York. You can safely roam around at 3am any day of the week, and find tons of pop-up bars or restaurants, packed with laughing people enjoying the night.
His friends’ first question was: what kind of shop will you open during your job-hunt?
Second, because laissez-faire allows a robust market to develop, street food in Taiwan is safe, delicious, and ridiculously cheap. We pay between $1.50 and $2 for a full meal, in a country where overall costs are half the US level. So, adjusting for price levels, we pay $3 to $4 for what would cost us easily 3-5 times that in the US. As a result, my family doesn’t eat out once a week like back in the States; we eat out 2 or 3 times a day.
Why so cheap? Because the market is substantially left to self-regulate: if a vendor sells bad or dirty food, word spreads and they’re out of business. Other vendors, indeed, enforce this since the reputation of the whole street is at risk. The result is that vendors scrupulously clean their equipment every day; indeed there are services that go around cleaning your food-stall on hire. It’s like nested deregulation: an unregulated service provided to an unregulated service that is, ultimately, “policed” by customers themselves.
Freedom and opportunity: that is what underpins true welfare and security.
From my perspective as a customer, the end result is fantastic: clean, delicious food that we can afford to eat every single day of the month. By the way, that is apparently what most Taiwanese now do: it’s standard for people to never cook in, but rather to just pick up $2 meals every night for the family, only cooking for special occasions or for a midnight snack.
Third, and possibly most important, is the impact on jobs and self-sufficiency. A Taiwanese friend announced he’d lost his job, and his friends’ first question was: what kind of shop will you open during your job-hunt? Since it’s so easy to start a pocket-business, there’s an entire industry that caters to them. You can lose your job, take the bus, rent a food stand for a month, pay $50 to slap on some signage, have it delivered to some high-traffic spot and get cranking that night on fried twinkies, sausage-buns, whatever you think people want to eat. So sling sausages by night, keep looking for work in the daytime, and when you find a job just take the stand back for your deposit.
Freedom and opportunity: that is what underpins true welfare and security. The results are striking: in 3 years here, in a city bigger and poorer than St. Louis, I have never once seen a homeless person. The closest I've seen is an elderly lady who grows orchids and sells them out of a bag.
So choose one: job-killing regulations and a welfare state, or reduce burdens on small business and set the people free. 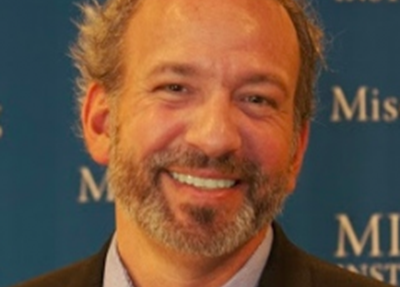 Peter St. Onge is an assistant professor at Taiwan's Fengjia University College of Business. He blogs at Profits of Chaos.

Editor's Note:  Marin can learn a lot from Taiwan.  Maybe the solution to poverty and homelessness is street commerce.  When the Marin City Fleamarket was raised to build a new shopping center, hundreds of small businesses were destroyed.  In its place, corporate chain stores were given favorable rents to "improve" the area.  However, it only effect was to replace a business opportunity for locals with low paid retail jobs.
Posted by Save Marinwood at 12:00 AM

Email ThisBlogThis!Share to TwitterShare to FacebookShare to Pinterest
Labels: economics