Let’s Take a Cue from Brexit and Leave the U.N.

Let’s Take a Cue from Brexit and Leave the U.N.
Instead of stamping out tyrants, the U.N. validates them.

By Josh Gelernter — July 2, 2016
The U.K. has shown its contempt for anti-democratic international unions by leaving the EU. Let’s do the same and leave the U.N.
The U.N. is generally thought of as having evolved from the silly and impotent League of Nations, whose primary achievement was permitting — through naïveté, cowardice, and inaction — the Japanese invasion of China and the start of the Pacific half of the Second World War. Actually, the U.N.’s origins were nobler: It supplanted the League, but it began as an organization of the Allied powers against the Tripartite German–Italian–Japanese Axis.
The U.N.’s first communiqué was the 1942 “Declaration of United Nations,” wherein the Allied governments pledged that they,


Being convinced that complete victory over their enemies is essential to defend life, liberty, independence and religious freedom, and to preserve human rights and justice in their own lands as well as in other lands, and that they are now engaged in a common struggle against savage and brutal forces seeking to subjugate the world,
DECLARE:
(1) Each Government pledges itself to employ its full resources, military or economic, against those members of the Tripartite Pact and its adherents with which such government is at war.
(2) Each Government pledges itself to cooperate with the Governments signatory hereto and not to make a separate armistice or peace with the enemies.

This, in essence, is the founding document of the U.N. But its point was completely misunderstood by the writers of the U.N.’s charter: The United Nations Charter declares its goal as the preservation of peace. The Declaration of United Nations declared its goal as the preservation of freedom. This divergence is the essence of the failure of the U.N., and the source of its corruption.
A civilized world would say, To hell with world peace — give us world freedom. North Korea is at peace. Laos is at peace. Burma is at peace. Turkmenistan is at peace. But anyone in his right mind would choose rather to go back in time and live in London during the blitz than live in Turkmenistan, Burma, Laos, or the DPRK. Or any other of the grossly unfree countries that populate the U.N.
American slaves were at peace in the South, but I suspect they preferred the state of affairs during the Civil War.
Of course, the U.N. claims protecting human rights as a parallel goal to pursuing world peace. That’s the job the U.N. Human Rights Council is charged with. Cuba is a current member of the U.N. Human Rights Council. So is Russia. So are China, Vietnam, and Saudi Arabia. So are Qatar, Indonesia, and the Republic of the Congo. And Venezuela.
The U.N. will be corrupt so long as it pretends that governments that do not derive their power from consent of their governed are legitimate, and on that basis gives them a vote in its deliberations. The goal of the U.N. should be stamping out tyrants. What it does is validate them.
That’s why the only country the U.N. Human Rights commissioners are ever concerned with is Israel — because the vote of one Jewish democracy can be cancelled out 21 times by the votes of 21 Arab dictatorships.
Ukraine’s rights as a sovereign nation, as guaranteed by the U.N. Charter, are currently being violated by Russia. What can the U.N. do, when Russia is one of the U.N. Security Council’s permanent members?
Vietnam, Indonesia, the Philippines — and every other country that enjoys the freedom of international waters — are currently having their rights, as guaranteed by the U.N.’s Convention on the Law of the Sea, violated by China. What can the U.N. do, when China is one of the U.N. Security Council’s permanent members?
There is no fixing the U.N. It is constitutionally incapable of making anything better; it puts the bad guys in charge of making the world less bad. It is a farcical monument to conflict of interest.
The U.S. pays the U.N. $8 billion every year, and covers roughly one-quarter of both the U.N.’s regular budget and its peacekeeping budget. Let’s pull out of the U.N., let it crumble, and put our $8 billion toward a new organization: a United Free Nations, whose goal will be to bear any burden, meet any hardship, support any friend, oppose any foe to assure the survival and the success of liberty.
(And then we’ll actually have world peace: It’s a well-established fact that democracies never go to war with one another.)
Write your congressman.
— Josh Gelernter writes weekly for NRO and is a regular contributor to The Weekly Standard. He is a founder of the tech startup Dittach. 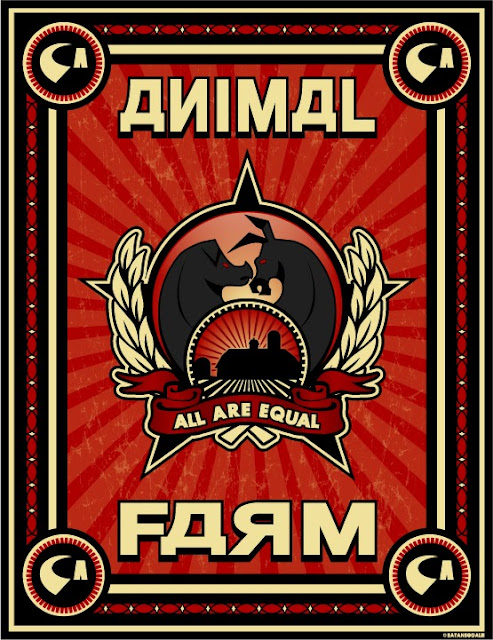 Email ThisBlogThis!Share to TwitterShare to FacebookShare to Pinterest
Labels: poltics