The attack on local zoning control

The attack on local zoning control

Posted on December 8, 2015 by Tim Redmond
A sweeping regional-government plan promotes growth at all costs, and seeks to cut community input out of the picture 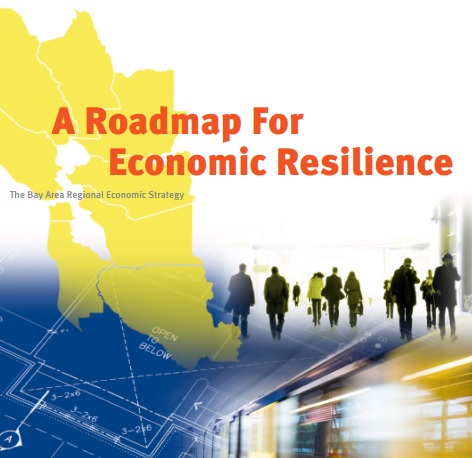 By Zelda Bronstein
DECEMBER 8, 2015 — My last story about the continuing power struggle between the Association of Bay Area Governments and the Metropolitan Transportation Commission ended with a question: do the executive directors of these two agencies endorse the recommendations to expand regional planning authority at the expense of local control that are put forth in the Bay Area Council Economic Institute’s recently publishedRoadmap for Economic Resilience: The Bay Area Regional Economic Strategy?
The story was posted around 2 p.m. on Thursday, November 12.
Twenty-four hours later, the answer was clear, at least with respect to ABAG Executive Director Ezra Rapport. Speaking in Oakland at the annual conference of the Bay Area Planning Directors Association, Rapport said that “in my opinion” the Roadmap was one of three documents that would be “foundational” in the forthcoming discussions about merging ABAG and MTC—the other two are the HUD-funded, SPUR-directed Economic Prosperity Strategy and the ABAG staff report, People, Places, and Prosperity.
If Rapport’s opinion presages reality, it’s not just local control of land use and transportation planning that’s going to take a big hit. The BACEI white paper targets publicly accountable governance and government at large. It denounces impact development fees, asserting that “[e]xisting landowners are not paying their fair share to solve the regional housing problem.” It praises Lfyt, Uber and Sidecar for “not…accommodat[ing] the strictures of decades-old government planning,” that is, for ignoring existing laws. It calls the California Environmental Quality Act “a threat to the
environment.”
These extreme positions should not be a surprise. They simply flesh out the market-guided, supply-side, privatizing, growth-to-the-max priorities that the BACEI and the Bay Area Council, the lobby for the region’s biggest businesses, have always embraced.
What’s a surprise—indeed, a shock—is that these priorities have been endorsed by the executive director of the Association of Bay Area Governments, an organization that was founded to protect municipal authority.
True, Rapport preceded his espousal of the “Roadmap” with a hymn to the power of the region’s city councils, calling them “the kernel of all regional planning.”
But it’s impossible to reconcile that tribute with the Roadmap’s list of penalties for cities that “[fail] to permit the required number of new housing units” specified by the Regional Housing Allocation [RHNA] Process:

loss of local approval authority, state-mandated “by right” approvals of housing projects (which removes some discretionary approvals from project review processes), the creation of more “by right” zoning districts, or the creation of a regional hearing body to approve housing developments.

For the record: state law does not require cities to permit a certain number of housing units. It requires the Housing Element in each city’s General Plan to zone for a certain number of units at a range of income levels in accordance with projected household growth. The RHNA numbers are determined by the California Department of Housing and Community Development.

The recommendation to put “real teeth” in the RHNA process is not the Roadmap’s only assault on the local control of planning and on democratic government at large.
I’ve noted the swipe at development impact fees. Calling for “both existing and new residents” to share “the costs of promoting livable communities and affordable housing, the Roadmap opines that “[o]nly cities that agree to [a region-wide] fee cap, should be eligible for MTC discretionary funding.” The BACEI also wants to “creat[e] consistent business permitting guidelines across jurisdictions and [to] aggregat[e] zoning, tax incentive, and local developments.” It plugs Enhanced Infrastructure Financing Districts, whose financing plans can be adopted “by the act of a county or city legislative body, instead of requiring a vote by two-thirds of the electorate.” It contends that the way to lower housing prices is to eliminate or possibly to just disregard “local, regional, and state regulations”—call it the “no stinking badges” approach to development:

Build—not plan, or zone, or even permit—but build sufficient housing stock to meet the demands of a growing regional population and to fill historic deficits.

The Roadmap craves an “Economic Development Corporation” that would “provide a
Read more on 48 Hills HERE
Posted by Save Marinwood at 9:03 AM