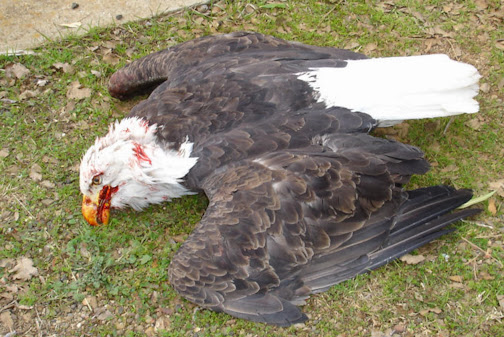 The Obama administration has nearly finalized a rule that would give energy companies lengthy permits for wind farms that end up killing bald and golden eagles.

Hundreds of thousands of birds are killed every year after flying into large wind turbine blades, an issue that became an ongoing saga for the administration this year.The White House finalized its review on Thursday of a rule that would give the farms a 30-year pass for the killings, known as "takings."

The details of the Interior Department rule are not yet known and it is possible it could be tweaked, though significant changes would be unusual at this stage in the process.
Obama found himself caught between green groups and renewable energy companies over the summer due to the controversy surrounding the rule, which also applies to oil rigs and electric lines.

An Interior Department official told The Hill it has been working "for more than a year to gather public and stakeholder input on the proposal," which was sent to the White House Office of Management and Budget back in April.

In August, green groups met with the White House to make the case that the 30-year permit is too long, even if the deaths are unintentional.

They argued the administration should be more diligent in reviewing the effects large wind farms have on the environment.

Late last month, Duke Energy reached a $1 million settlement with the Obama administration over the deaths of more than a dozen protected eagles and other birds at its wind farms.

The settlement marked the first time the administration had penalized a wind energy company for killing eagles.

EDITOR'S NOTE: There seems to be no end to the rationalization of environmental crimes when the "greater good" rule is applied by government.  In California, SB743 was signed into law allowing shortcuts on the environmental review process if the project is "transit oriented development".  Hypocrites.
Posted by Save Marinwood at 12:00 AM