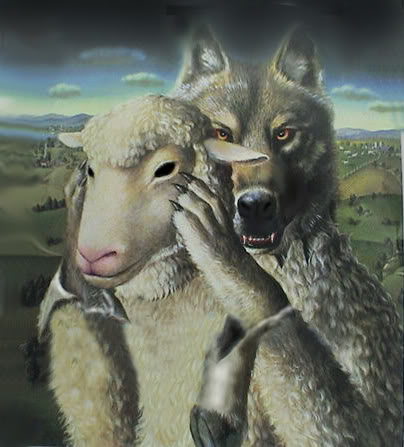 
AB 1537 – a wolf in sheep’s clothing?
Susan Adams and Marc Levine are advocating Assembly Bill 1537 as the answer to Marin’s high density concerns and asking residents to put their support behind it. Supervisor Adams informs me that she is the primary author of this bill.
Supposedly, if enacted, AB 1537 will change the default density for Marin from 30 to 20 units per acre. Sounds great, right? But the more I dig the more I think the supervisors and Levine may be pulling a fast one on residents - by supporting AB 1537 we may actually increase densities and have little or no impact on reducing densities of new developments.

AB 1537: Upzoning Disguised as Downzoning Densities
There are existing apartment buildings and land areas zoned at under 20 units per acre.  AB 1537 effectively upzones these properties – but this is not being clearly disclosed to us. We are being given the impression that AB 1537 will result in an across the board reduction.

AB 1537 Doesn’t Affect Existing Sites Like St Vincents & Strawberry
While Supervisor Adams reassured me that once AB 1537 passes the default of 20 units per acre is restored, she confirmed that the sites identified in the current housing element with their higher densities would remain.

Supervisor Adams dismissed that this would be an issue as residents could simply work to ensure the next housing element reduces this number (which will only address a tiny 114 incremental units – the element that just passed was the mother of all housing elements at 1,000+ unts).

Supervisor Adams stated that any project in the interim would surely be denied due to ferocious community opposition – well we’ve seen just how broken that process is.

What this means is that now there is a wide open window while this Housing Element is in place, before the next one is ratified (surely years away) when a developer can sweep in, buy land and make a proposal. Remember for WinCup the gap between the Housing Element being approved and the purchase by developer MacFarlane was less than 3 weeks!

So even if AB 1537 goes through (and last time it was tried it failed, and now we’re becoming wise to it) this leaves the following locations vulnerable to WinCup like densities:
- Strawberry’s PDA and the seminary
- Marinwood
- Grady Ranch (although I understand this is highly unlikely to occur)
- St Vincent / Silveira

The next piece of spin we’re getting is that the densities in the housing element are 30 units per acre (remember WinCup is 40). BUT this is actually only the MINIMUM DENSITY! Developers can secure density bonuses of up to 40 units per acre by including affordable and low income housing, possibly more.

Traffic Impact No Longer a Consideration

The supervisors have also continued their hypocrisy, driving cars like us and even accepting nearly $10,000/year in car allowances while disregarding that that’s how most of us get around Marin and taking public transit or biking is impractical. But the supervisor’s Housing Element states the following:

“For affordable housing projects, mixed-use projects that include affordable housing, second units, and projects developed in accordance with the Housing Overlay Designation, allow densities above the low end of the range in areas with Traffic Level of Service D, E, and F”

So while many communities are being told the only way they can get enough funding to address their current traffic problems it to be volunteered as a PDA (for paltry amounts of money compared to what’s actually needed) the Housing Element is setting them up to be saddled with much more housing – with utter disregard for the traffic impact.

To recap – Level of Service measures traffic delay at intersections. It’s like a school grade. “C” is a pass or a target. Anything below “D” and county or cities should normally be looking to invest money to remedy the traffic delays. But now high density housing near transit can be built in locations with existing traffic issues, with residents offered near meaningless funding amounts that barely address current traffic problems, and the new housing can take the congestion to record levels – and there’s no protection in the Housing Element or amendments.

We simply cannot trust the public review processes – input is either disregarded or not heard.  The public’s vision is not the supervisor’s vision, the supervisors think they know best.
Consequently we need the protection of documents like the Housing Element, and institutions that respect, uphold and enforce the law as written.

What Can You Do? Donate to Marin Community Alliance

The single most important way that you can help is to donate to the Marin Community Alliance who have filed suit against the county Housing Element. So if you don’t want to see a WinCup sprout up next to your property – a property you have no doubt invested hundreds of thousands in – then be sure to donate.


Donating is easy – you can send a check or
even donate online via PayPal:
www.alliancemarin.org

Help keep Marin the place you love!
Posted by Save Marinwood at 12:00 PM