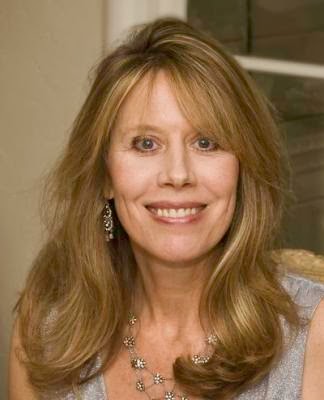 Sharon Rushton of Mill Valley is chairperson of Sustainable TamAlmonte, a group of Tamalpais...

NOVATO has deservedly received many accolades for its recently adopted Housing Element, its plan for meeting state regional housing quotas.

Most notably, the city listened to local residents and worked diligently to lower the minimum density requirement for affordable housing sites identified in its Housing Element from 30 units per acre to 20-23 units per acre.

Learning about Novato's success, residents of unincorporated Marin, who are greatly dismayed with the county's Housing Element, can't help but wonder: If Novato officials can push back against urban-like high-density housing, then why can't the Board of Supervisors? Does the county have fewer resources and less capability than the city of Novato?

In light of how aghast Marin residents are about the enormity of the apartment complex at the former WinCup site in Corte Madera and the strong countywide repulsion to high-density development, one would think that unincorporated Marin would have taken Novato's approach with its Housing Element.

Amazingly, county planners and supervisors ignored constituents' protests and did the exact opposite.

When choosing sites for the county Housing Element's Available Land Inventory (a list of sites to accommodate unincorporated Marin's need for housing in the 2007-14 cycle), the county sought out sites zoned at 30 dwelling units per acre, thus locking these sites into inappropriate high densities) and up-zoned other sites to the same density (30 units per acre) by establishing an "Affordable Housing Combining District."

Worse still, a state density bonus can easily increase a residential density of 30 units per ace to 40 units per acre, equal to the WinCup apartment complex's density!

So, many of the county Housing Element sites could become additional "WinCups."
County supervisors and planners gave the impression that the county Housing Element must, with no exception, identify housing sites with minimum densities of 30 units per acre, equal to the county's assigned density. They further alluded that this requirement could only be eliminated if the default density were lowered by a law like Assemblyman Mark Levine's proposed AB 1537, which would lower Marin's default density from a "Metropolitan" density of 30 units per acre to a "Suburban" density of 20 units per acre.

[Editor's Note: Ms. Rushton makes a very important point here. If we can already achieve 20 units per acre designation, why are the housing activists, Susan Adams, Judy Arnold and Marc Levine pushing for AB1537 and asking for public support?  We suspect it is because this new law will lock in MANDATORY zoning of 20 units per acre where 3-7 per acre zoning occurs now along the 101 corridor.  This will eventually force the urbanization of our county.]


Another option with probable lower minimum densities has been available to the county all along.

This other option is described in a memorandum from the state Department of Housing and Community Development.

As illustrated by what Novato was able to achieve with its Housing Element, the department states that using a default density is voluntary.

According to the state, a Housing Element may identify housing sites with lower density levels, as long as it provides an analysis demonstrating how the adopted densities can accommodate the jurisdiction's housing need for all income levels, including lower-income households.

Using a default density is a streamlined option for a local government to meet the density requirement if the government doesn't want to provide its own analysis.

Residents can't help but be perplexed. Why in the world would the county planners and supervisors simply use the default density of 30 units per acre for sites identified in Marin County's Housing Element, when such an objectionable high density could have been avoided?

So again we ask: If Novato officials can push back against requirements for urban densities, then why can't the Board of Supervisors?

Does Marin County have fewer resources and less capability than the city of Novato?

Or, contrary to residents' wishes, do our supervisors prefer high-density housing?


Sharon Rushton is a resident of the Almonte neighborhood of Mill Valley and chairperson of Sustainable TamAlmonte, an organization focused on preserving the area's semi-rural quality of life.
Posted by Save Marinwood at 12:00 AM

Email ThisBlogThis!Share to TwitterShare to FacebookShare to Pinterest
Labels: Board of Supervisors, One Bay Area Plan