Marin County Board of Supervisors Meeting May 14, 2013- Response to One Bay Area EIR

The first five minutes of the clip are very important for understanding the plan.  Most of the population growth will happen in the priority development areas such as the Marinwood Priority Development Area.

Supervisor Adams comments begin at 20:50 in the above video.  She admits that she has not read the full ABAG 25 year plan and makes suggestions for comments to be included in the official response to the One Bay Area Plan EIR letter.

Report from our field correspondent:

Planning Director Brian Crawford summarized what he drafted in response to ABAG/MTC for Plan Bay Area, to the Supervisors then each one had comments. These are Supervisor Susan Adams' comments:

1. Susan cited the issue of "sea level rise" as a possible reason to delay development in the Priority Development Areas (PDAs) because there will not be funding available for additional infrastructure to protect low-lying communities from sea level rise.

2. She stated that she wants a comment in the letter to say that Marin does not want 30 units per acre but instead, 20 units.

3. She said she is getting a lot of feedback from the "coffee meetings" that most people are concerned with development in the PDAs because of the lack of funding for additional services, schools, fire dept, sewer, water, etc.

4. She also asked Brian Crawford what the implications would be if the PDA's were pulled and not developed and if that was done, what would ABAG/MTC do. Crawford replied that would mean less transportation funding from MTC for those identified PDAs. (Development of the PDAs is 100% tied to getting transportation funding to make it more urbanized and high density but now Susan seems to be changing her tune on supporting/promoting the PDAs.)

5. Supervisor Katie Rice then responed to Susan that they should not make the issue of sea level rise an excuse to NOT develop housing in the PDAs because the point of the PDAs is to show that the County is making strides to reduce Greenhouse Gases (GHG). Susan pushed back saying there isn't any money to build infrastructure to protect from sea level rise so why be mandated to develop in those risky low level PDAs and then Rice reiterated her response so it will be interesting to see what the final response letter says to ABAG/MTC about Plan Bay Area from the Supervisors.

Editor's note:  We have long predicted that Susan Adams may change her positions on Marinwood Lucas Valley if she faced overwhelming community opposition and is faced with her political survival.  Unfortunately, unless she can convince two other supervisors to vote with her,  Marinwood Lucas Valley will be stuck with 70% of all affordable housing for unincorporated Marin.

Supervisor Adams served on the Association of Bay Area Governments (ABAG) for nine and 1/2 years including one year as the Vice President.  She has been at the very heart of the development  of One Bay Area Plan and Housing Element.  Most people know very little of the  25 year plans to this day. She has refused to meet in an open public forum in Marinwood-Lucas Valley.

We sincerely hope that Ms. Adams can convince her fellow supervisors that the One Bay Area Plan and the Housing Element for unincorporated Marin needs to be overhauled prior to approval. 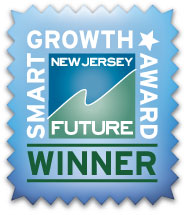